Writers to Watch This Summer – The New York Times 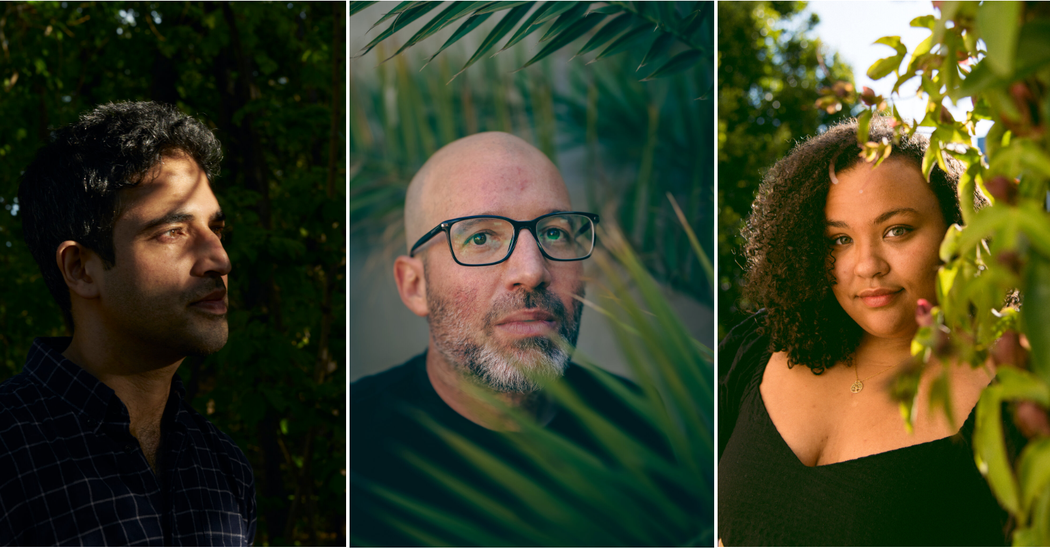 Three authors discuss their new novels and what brought them to write about a young woman in trouble, three brothers from Staten Island and an anxious parrot.

She is aware that her age can come as a surprise.

“But I also think that ability to feel everything at a heightened level,” she added, “is part of the reason that teenagers are really innovative and can be so brilliant.”

“Nightcrawling” follows a 17-year-old Black girl named Kiara who lives with her brother, Marcus, in an East Oakland apartment complex. While her brother dreams of becoming a rapper, Kiara, who has dropped out of high school, tries to earn enough money to pay their rent.

She falls into sex work, and is abused by a group of Oakland police officers.

Mottley, who grew up and still lives in Oakland, said she was driven to write the book by a similar case that saturated the local news a few years ago of a young woman who was sexually exploited by police officers in the area.

She started working on “Nightcrawling” shortly before her 17th birthday, and finished the first draft in a few months. She shared a draft with one of her professors at Smith College, which she attended early, Mottley said, who then connected her with an agent. Mottley said “Nightcrawling” sold to Knopf in a 13-way auction.

A former Youth Poet Laureate of Oakland, Mottley is taking time off from college to write.

While much of the story is grim, Mottley said that she didn’t want to “fall into the pit of writing about Black tragedy and forgetting all of the other human experiences that we have.

“Even when we are in the worst of circumstances and undergoing tremendous trauma, we also are always in pursuit of other things,” she said. “Dreams and joy and delight and love and freedom and breathing room. And I think that the book contains a lot of that, too.”

Zain Khalid’s first novel, “Brother Alive,” is full to bursting with imagination and literary references, and so is the author’s conversation.

Describing the book, he said, “You have something of a bildungsroman, and then you have an epistolary memoir and a leftist political thriller, and it’s kind of,” before trailing off and heading into another multilayered thought.

In a brief conversation, Khalid mentioned the influences of the writers Don DeLillo, Tao Lin, Barry Hannah, Toni Morrison, Italo Calvino, Atticus Lish, Fernanda Melchor, Malcolm Lowry and Thomas Bernhard. In the book’s acknowledgments, he thanks more than 50 writers for what he has “borrowed,” from Edith Wharton to Octavia Butler. “For me, the boundary between art and myself,” he said, “it’s not healthy.”

Despite all these influences — or perhaps because of the sheer volume of them — “Brother Alive” couldn’t be confused for the work of anyone else. The story of three brothers related by adoption, it moves from New York to Saudi Arabia, considering themes of family secrets, geography and fate, utopianism and much more.

Khalid, 32, grew up on Staten Island until he was 12, the child of parents with lineage in a “smattering of places,” he said, including India, Pakistan and parts of the Middle East. The borough, he said, is often reductively caricatured as the city’s “weird conservative sibling,” but its diversity of immigrants is part of what appealed to him in rooting the book there.

In a large Muslim family like his, Khalid said, “lines blur between cousins/brothers, sisters/mothers. It’s almost like the traditional taxonomy isn’t really applicable.”

Family is a blurry concept in his novel as well. The narrator, Youssef, is one of three unrelated brothers adopted in Saudi Arabia and brought to the United States by Salim, an imam who runs a mosque in Staten Island.

“I was considered and considered myself of indeterminate Semitic origin,” Youssef says.

He has someone else in his life, too, a double called Brother who looms beside him, supporting and frustrating Youssef by turns.

Brother is described as “more than incorporeal but less than living.” He can take the form of various animals or a scent. Youssef temporarily silences or placates him by “force-feeding” him books. (“He was uniquely vulnerable to the virus of literature.”)

Khalid was excited about the idea of writing the double, he said, because “we’re always searching for a part of ourself. Is the self knowable? It allowed me to ask that question.” An additional benefit, he said, was that writing Brother “felt like a free pass to go wherever I wanted with my prose.”

The three brothers eventually return to Saudi Arabia as adults, where they encounter the building of a futuristic city called HADITH, which will be made up of 99 sustainable “microcities.”

The sections in the Middle East allowed Khalid to show “how tied we are to the geopolitical,” he said.

“I wanted to collapse the distance between the facade and the plumbing,” he said, referring to our daily lives and the global forces the influence them. “It’s not an answer to anything, I simply want to give voice to the reality.”

At fewer than 340 pages, “Brother Alive” has enough incident for a book twice its size. It’s the kind of ambitious debut that might inspire other writers in turn.

You’d think that writing about a man who invented vomiting dolls, or a woman who lost her legs after a leopard bite, or an affliction that drove people to kill pets that became too adorable might help Adam Levin escape the question authors are almost inevitably asked: Would he consider his work autobiographical?

Levin is known for wild and prodigious stories, with characters that often find grace in the midst of demented scenarios — but that does not preclude occasionally ransacking his own biography in his fiction.

“The Instructions,” his 2010 debut, tracked four days in the life of a Chicago adolescent who wondered if he was the messiah. (That was briefly true for Levin once upon a time.)

Levin is upfront about the life experience that he shares — and that he doesn’t — with the characters in his new novel, “Mount Chicago.” The book, coming Aug. 9 from Doubleday, follows a comedian named Gladman in the wake of a freak catastrophe. A sinkhole opens up under the Art Institute of Chicago, killing dozens — including his family. What keeps him alive in the aftermath is the knowledge that his parrot would pluck himself bare, torturing himself without Gladman.

The book was a chance to experiment with a looser, more conversational tone, and working on a book with “more declarative energy” interested him, he said. Writing about a character forced to contend with a nearly unimaginable tragedy was a way for Levin, 45, to explore some of his own emotions.

Levin has long been interested in what he sees as a kinship between comedians and writers. “As opposed to directors or people in other narrative forms, they’re one voice — one human speaking, in a performative role.”

And comedy is one of the most rewarding parts of reading, Levin said. “It’s hard for me to see why or how I should or could love works of fiction that don’t frequently make me laugh.”