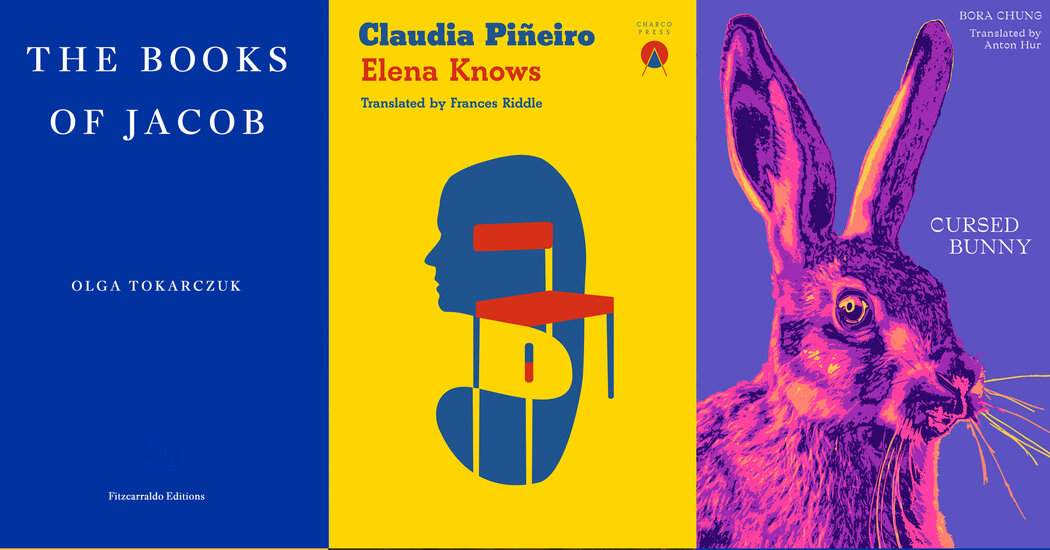 Novels by Olga Tokarczuk, Mieko Kawakami and Claudia Piñeiro are in the running for the prestigious award for translated fiction.

Tokarczuk is nominated for “The Books of Jacob,” along with the translator Jennifer Croft, just four years after the pair won the same prize for “Flights.”

Other high-profile nominees on the six-strong shortlist, which was unveiled at the London Book Fair on Thursday, include Mieko Kawakami, the star Japanese author best known for “Breasts and Eggs,” and Claudia Piñeiro, the Argentine crime writer.

Tokarczuk’s “The Books of Jacob” tells the story of Jacob Frank, a self-proclaimed messiah who wanders around 18th-century Europe, acolytes in tow. When the Swedish Academy awarded Tokarczuk the Nobel Prize in Literature in 2019, they called “The Books of Jacob” her “magnum opus.”

Originally published in Poland in 2014, the almost 1,000-page-long novel has received rave reviews in the United States since the English translation was published this year. Dwight Garner, in a review for The New York Times, called it “Chaucerian in its brio.” The book is “an unruly, overwhelming, vastly eccentric novel” that is “sophisticated and ribald and brimming with folk wit,” he added.

Kawakami is nominated for “Heaven,” a novel about a relentlessly bullied 14-year-old, translated from Japanese by Sam Bett and David Boyd. Nadja Spiegelman, in a review for The New York Times, said the book’s bullying scenes are “so lucid you can almost feel the pain yourself.”

Piñeiro’s shortlisted book is “Elena Knows,” about a grief-stricken mother who turns detective to investigate her daughter’s apparent suicide. Kathleen Rooney, in a review for The New York Times, said that the novel, translated from Spanish by Frances Riddle, may at first glance seem like “a tight and terse mystery.” But, she said, “it’s also a piercing commentary on mother-daughter relationships, the indignity of bureaucracy, the burdens of caregiving and the impositions of religious dogma on women.”

The other shortlisted titles are:

The winner of this year’s prize will be announced on May 26 at a ceremony in London.