What will we be reading next year? Five biggest trends from the London book fair – The Guardian 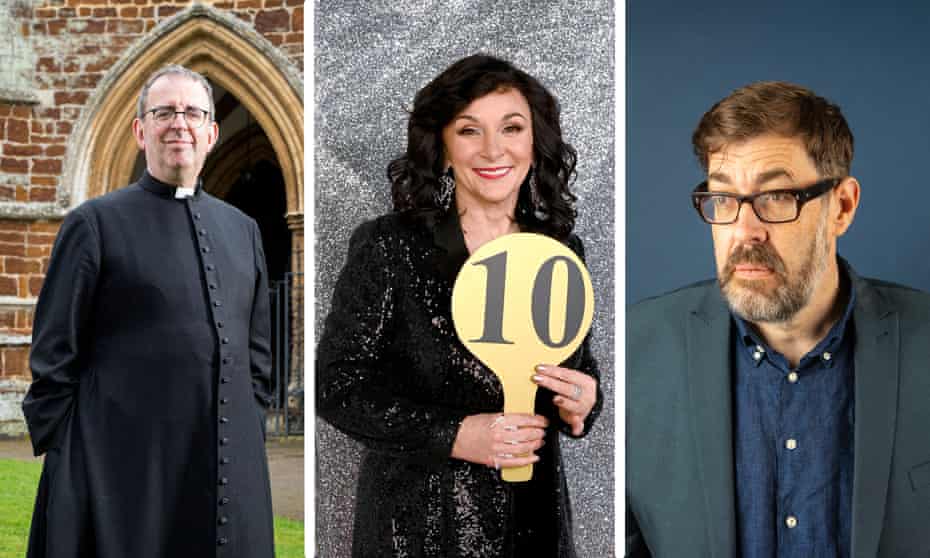 What will we be reading next year? Five biggest trends from the London book fair

After two years off because of the Covid-19 pandemic, the London book fair, one of the biggest international literary events, returned in full force last week.

Publishers, authors and illustrators gathered at Olympia in Kensington to buy and sell the books we will all be reading next year.So what did we learn from the deals made at the fair?

1. Celebrity-authored fiction is on the up

Celebrity writing – from Katie Price to Tyra Banks – is an evergreen trend, but in the wake of Richard Osman’s huge success with The Thursday Murder Club series – and the forthcoming crime debut Murder Before Evensong from the Rev Richard Coles – publishers have ramped up their purchases of celebrity-authored novels.

Joining Osman and Coles in the cosy crime genre is Strictly Come Dancing judge Shirley Ballas, who signed with HQ to write two novels with Sheila McClure. Meanwhile, musical theatre’s Michael Ball is publishing a fiction series that charts the stories of two families through the 20th century, via their links to a British theatre.

2. Books about Ukraine are in demand

Given the war, it’s unsurprising that people are on the lookout for things that will help them understand Ukrainian/Russian relations. The president of the Ukrainian Publishers and Booksellers’ Association, Oleksandr Afonin, pre-recorded a video for the fair, in which he urged companies to support Ukrainian publishers by donating paper and money, as well by buying rights to publish Ukrainian authors.

Victoria Berezko-Frolova’s family memoir Red Sirens was hailed as one of the books of the fair, and rights were sold for The Third World War? by Yuri Felshtinsky with Mikhail Stanchev, which claims to be the first title covering the current Ukraine conflict.

Readers’ appetites for new versions of popular – and obscure – tales from Greek and Roman times are limitless, with books from Madeline Miller’s Circe to Kamila Shamsie’s Home Fire being both commercial and critical successes.

The latest author to join the fray is Life of Pi’s Yann Martel. The Booker prize winner will publish Son of Nobody, a retelling of the Trojan war with a “modern twist” in 2024. “Unlike Homer’s version, which focuses on nobles and kings, this version reveals the story of an unsung hero, Psoas of Midea, the son of a goatherd, a commoner who leaves his wife and children behind in order to help Menelaus get his beautiful wife back,” a spokesperson from Canongate, Martel’s publisher, said.

4. Women’s stories are getting darker

Among many of the big deals announced at the fair were a number of novels about women in dark and desperate situations, perhaps reflecting current discussions about women’s health and safety.

The Nursery by literary agent Szilvia Molnar is about a woman who begins to lose her grip on time after giving birth, while Christina Dalcher’s Vita is a high-concept thriller about a world in which a prosecutor’s life is forfeit if they seek the death penalty for someone who turns out to be innocent.

In historical fiction, The Witching Tide by Margaret Meyer is inspired by true events in 1645, following a woman who becomes witness to a witch hunt. The Beholders, by Hester Musson, is about a young maid in the 1870s who finds herself trying to uncover the mysteries of her workplace.

Publishers are hoping readers will turn to books to help offset the anxieties of modern life – from the soaring cost of living to the climate crisis.

Among the books announced at the fair were Wintering author Katherine May’s Enchantment: Reawakening Wonder in an Anxious Age, which is about nourishment through reconnection, and The Greatest Self Help Book (Is the One Written by You) by author Vex King and his wife, beauty influencer Kaushal Modha, which includes six months of prompts to help readers forge their own paths towards self-love.