What to Read This Summer – frieze.com 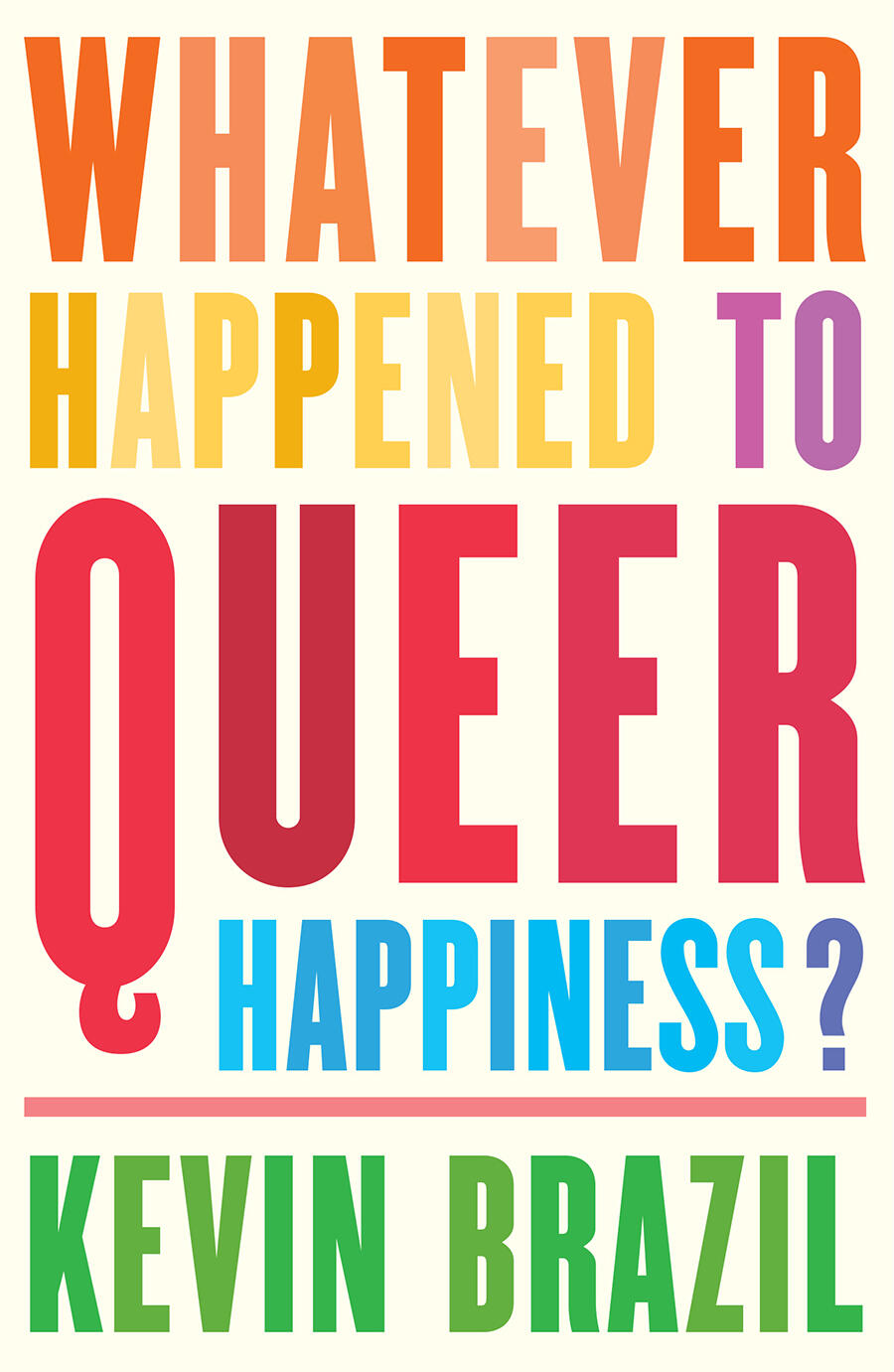 Whatever Happened to Queer Happiness? (2022)
By Kevin Brazil

Arriving in September, the title of Kevin Brazil’s forthcoming collection of essays shouldn’t feel as provocative as it does. Published by Influx Press, the book might offer a way to process all the intellectual, interpersonal, political, sexual joy you’ve experienced. A frequent contributor to this magazine, Brazil’s somewhat utopian project is to expunge the media and literary narratives of queer misery and usher in an era of collective euphoria – I’m ready!

Nate Lippens’s new novel – published in the UK by London’s brilliant Pilot Press in May – keeps pace like Less Than Zero (1985)-era Brett Easton Ellis. It throws you directly into Wisconsin in the US, around the time of the ‘summer Jeffrey Dahmer was arrested’, and proceeds through tales of drug-related and other associated kinds of, well, deaths. This may make the book sound bleak and often it is, but it’s also funny, brutal and blistering – as Derek McCormack says in a cover quote, it’s ‘as if the storied stars of Lou Reed’s “Walk on the Wild Side” (1972) overshot Manhattan’. What more could you ask for?

Murata returns this July with a collection of short stories (translated by Ginny Tapley Takemori) that includes her celebrated English-language debut, ‘A Clean Marriage’. Her previous novel Earthlings (2018) pits a young girl named Natsuki against a society determined to destroy her. Murata’s writing about alienation, conformity and rebellion is difficult to put down, even when the intensity of her view of the trouble that’s always brewing under the thin ice of contemporary life all but dares you to look away.

This summer, I plan to spend time with Crary’s prescient book that focuses on the paintings of Manet, Seurat and Cezanne as a way to examine contemplation and perception of works of art at the turn of the twentieth century. Crary’s writing unpacks the way that paying attention evolved in response to industrialization and the move into modernism; the book promises to offer insights relevant to our current era of endless distraction.

A regular contributor to this magazine, Elvia Wilk will release an essay collection this July that investigates the tenuous binary between the individual and nature. Wilk – a skilful observer of human behaviour attuned to the environmental catastrophes we face – always offers weird and refreshing frameworks for us to reconsider our place within the Anthropocene.

Over time, I’ve developed split-perspective fatigue – to me this narrative technique now feels overused and slightly gimmicky. But I can make an exception in the case of Evie Wyld’s 2020 novel, in which the shift in perspective between characters and timelines is used deftly and with purpose, and creates the uncanny feeling of experiencing the same strand of female oppression in different manifestations over time. As an engaging, thought-provoking page-turner, it’s perfect for a summer read.

This unsparing debut – a 100-page novella from last year that floored me – chronicles a Black woman’s journey to a lavish garden party at her white boyfriend’s family estate. While meditating on class and race with devastating candour, the unnamed narrator reveals the personal cost of assimilation. Brown does not shy away from hammering the point home either; she quotes the HM Treasury’s (now deleted) celebratory 2018 tweet about British tax payers’ unwitting role in helping ‘end[ing] the slave trade’ by funding reparations for slave-owners, only a few pages after sharing a quote from author and social activist bell hooks. Whereas a different novelist might have applied allegory as a narrative balm, here Brown examines the colonial structure of British society with unflinching surgical precision.

This sizeable book marks the 10th anniversary of The Public Domain Review, an online journal that showcases historical photographs, sketches, illustrations and diagrams that are no longer subject to copyright restrictions. The Review’s founding editor Adam Green uses Affinities to distil the contents of this compelling website into a cabinet of curiosities in book form. From a 14th-century manuscript depicting half-imagined beasts to weathered photographs of Alexander Graham Bell testing various designs for a kite, every page reveals something madcap or magical. Filled with over 500 images that chart two millennia of visual culture, Affinities gifts its reader with something I never thought possible: an offline version of long scrolling.

Everybody – A Book About Freedom (2021)
Olivia Laing

Once a regular columnist for frieze, Olivia Laing’s latest book investigates bodily freedom through the lens of the life of Austrian psychoanalyst and sexologist Wilhelm Reich (1897–1957). Laing’s prose is optimistic yet critical, drawing on her own experiences as well as those of a variety of important artists and historical figures who have endeavoured to conceptualize modes of freedom, from Agnes Martin to Malcolm X. At the heart of Everybody is a radical wish: to ‘imagine, for a minute, what it would be like to inhabit a body without fear’.

Voung’s second collection of poetry continues his intimate exploration of both the parent-child relationship and the theme of identity within a fractured America. Written after the death of the poet’s mother, these poems provide an unflinching account of Vuong’s feelings of grief, displacement and love following loss – and manage to be both intensely personal and piercingly true to universal human experience.

Despite its title, Jessica Au’s new book is one that I’ll return to over the summer. Although slim, this is a powerful novel about the relationship between a mother and daughter, and the ways that geography, language, art, travel and migration can change the ways we see ourselves, as well as alter the relationships we have with loved ones with differing life and cultural experiences. Reading it – no matter the season – feels akin to walking through a hazy, dream-like mirage, in which characters, emotions and intentions are ever-so-slightly out of reach. I also have a long list of newly released books in a pile waiting for slow summer afternoons, including Aurelia Guo’s World of Interiors (all books 2022), Quiet by Victoria Adukwei Bulley and Margo Jefferson’s Constructing a Nervous System, as well as Entropia: Childhood of a Critic by Habib William Kherbek and Amina Cain’s A Horse At Night which are both released later this year.

Following the success of her novel Hurricane Season, for which she was awarded the 2019 International Literature Award, Fernanda Melchor came out with a searing new book that, once again, wrestles with issues of misogyny, machismo culture and rampant feminicide in her native country of Mexico. Paradais (Fitzcarraldo Editions, March 2022; New Directions, May 2022) is the story of two teenage boys, Franco and Polo; disillusioned and bored with life in the luxury gated community of ‘Paradais’, they hatch a gruesome plan to launch a violent sexual attack on their neighbour, Señora Marián. Melchor takes a risk by writing solely from the point of view of the troubled teenagers, but it’s this kind of high-stakes choice that I find exciting about her work – her honest and fearless resolve to capture the rawness of contemporary Mexican society is nothing but inspiring.

‘It’s been an extraordinarily disorienting past few years to write about art’ opens Ben Davis’s latest and second book, Art in the After-Culture: Capitalist Crisis and Cultural Strategy (Haymarket Books, April 2022). Davis originally titled this book Making Art in Terrible Times, but had to pivot slightly in response to the COVID-19 pandemic, which not only delayed the book’s publication but also informed its content. The resulting collection of essays grapple with the reality of what it means to make art in a time marked by political sectionalism, environmental catastrophe and seismic new technologies – and together they act both as an elegy for culture as we once knew it and a foreshadowing of a new mode of artistic production.