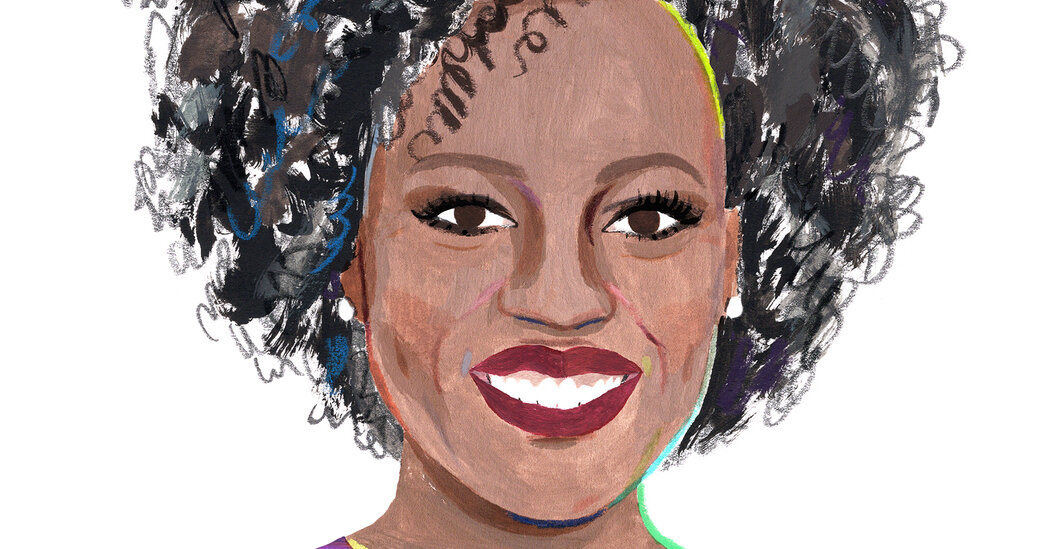 “Atlas of the Heart,” by Brené Brown.

The last great book I read was Roxane Gay’s “Hunger.” Honest, painful, smart, transparent, authentic. It was everything. It took me to school, shifted me. Also, I so admire this level of bravery. The kind that requires you to put your truth out there in a way that can celebrate or ostracize you. Man, it’s beautiful to witness that kind of courage.

Do you ever return to books you’ve loved in the past?

The ideal reading experience involves a nice cup of tea, most probably Earl Grey. It also involves a nice comfy chair. One that you can both sit up in to be alert and lie down to be relaxed and contemplative. A great book transports you and transforms you. It transports you into the world the author has created. And hopefully you see yourself in the minutiae of all of the characters, in their stream of consciousness. A great book is the perfect meditative experience.

“Kaffir Boy,” by Mark Mathabane. He is a South African writer who writes about growing up in apartheid South Africa. It is one of the greatest memoirs I’ve ever read. It is both educational and heartbreaking. Kaffir is a derogatory name for Black people in South Africa. His childhood was one where you were absolutely certain he would not make it. And somehow, he does. It’s that magic that happens in the midst of the storm of life that is activated by hope and belief. It’s a story that mirrored, on a larger scale, my own. Mathabane made me feel less alone.

Roxane Gay, Brené Brown, Bryan Stevenson, Tarana Burke, Anne Lamott. All progressive fighters who have radicalized truth. They move life forward. They all challenge us to lean into hard conversations as a way to establish real connection. Personally, they have helped me to have the language and awareness to identify my “feelings.” Truthsayers, warriors, game changers — important, all of them.

You recorded the audiobook version of your new memoir, “Finding Me.” What was that experience like for you? How was it different from the acting work you’ve done?

Recording the audio version of “Finding Me” was a very vulnerable experience. I felt I was living through those moments with every word I spoke. It made me question how I remember things. It also made me celebrate what I did remember and what I was able to express. More important it brought me to a very powerful realization. And that is that the past no longer exists. It has no power to hurt me anymore. It’s different from my acting work because the only person I could hide behind was me. There was no other character.

What’s the best book that’s been made into a great movie?

“To Kill a Mockingbird,” with Gregory Peck and Brock Peters, and of course all of the Harry Potter movies and of course “The Color Purple.” The feeling I got when I read the books is comparable to the feeling I had when I watched the movies. They retain the integrity of characters without falling prey to commercialism.

Of all the characters you’ve played across different media, which role felt to you the richest — the most novelistic?

The character that felt the most novelistic is Nanisca in “The Woman King,” which will come out in the fall. The scope of her world in what is now Benin, West Africa, and the role that she plays in her culture (the Agojiesc) could be explored in several different movies and incarnations. It redefines womanhood and redefines leadership. You almost don’t believe she could have existed. She lives in both the reality realm and in the fantasy realm. She is all- encompassing. Mostly, she is a woman that I see as liberated. She addresses her pain head on and absolutely without question believes she deserves peace and forgiveness

What character from literature would you most like to play?

Hedda Gabler from the play by Henrik Ibsen. Hedda is the King Lear for women. When you meet her, you cannot figure her out. There’s an angst, an unsettled quality that you begin to judge. In the end, you find that it’s just a cover. It reminds me of life. Anyone you meet is a “representative” of themselves until they make themselves known. Then they begin to make sense. Hedda does not end well. The challenge is to make the audience understand her demise. It is a behemoth of a role and one that both frightens and excites me.

Absolutely my guilty pleasure books were the “Twilight” saga. I think I consumed all of them within a few days and it was pure, unbridled entertainment. I did it to feel closer to my niece, but I ended up enjoying them myself.