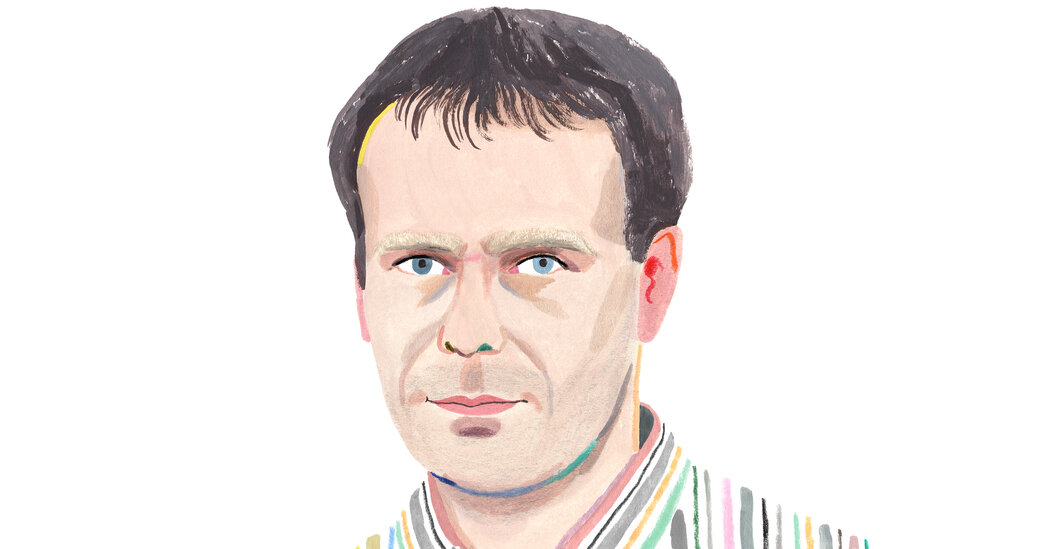 “I was really disappointed when I read ‘Slaughterhouse-Five,’” says Tom McCarthy, the author of “The Making of Incarnation” and other novels. “But then I read his ‘Mother Night,’ and thought it was brilliant.”

“Critique of Fantasy,” by Laurence Rickels; “The Superrationals,” by Stephanie LaCava; “The Encyclopedia of Surfing,” by Matt Warshaw.

I’m taken by Deleuze and Guattari’s notion of “minor” literature: According to them, the real measure of literary merit is not greatness but the opposite, minor-ness. By this they mean that, rather than aspire to the status of towering cultural monuments, books should unravel and deconstruct the language of a culture, send it tunneling down corridors and vectors where it frays and vanishes — and, in this very vanishing, make visible “the revolutionary conditions for every literature within the heart of what is called great (or established) literature.” Their model minor writer is Kafka. The last “minor” book I read? Maybe “The Passive Vampire,” by Ghérasim Luca.

I was recently invited to write an introduction to NYRB’s new edition of Gaddis’s “The Recognitions.” I’d read his slim “Agape Agape,” but never his doorstopper first one, despite one of my own novels being described (in this very newspaper) as a tribute to it. So I took the offer as an excuse to catch up with my supposed influence — and found that Gaddis had indeed grappled with all the same questions (art forgery, cultural underworlds, the age-old Western fetish of “authenticity,” etc.) 50 years earlier, and in an encyclopedic way. It’s a magnificent book.

I’d like to ask back: When is a book actually read? In the moment you hold it in your hands and scan the words? I don’t really think so: That moment would be more like the moment you ingest an intoxicant, but not the actual ride that it will take you on. The “event” of “Kubla Khan” is not Coleridge drinking the opium-laced tea: It’s the subsequent vision of the pleasure-dome; the ensuing loss of that vision; the drawn-out attempt to re-trigger it via other scenes (the damsel with the dulcimer); not to mention the way the poem inhabits and inflects the general imagination to this day. So it is with reading: A book’s or poem’s effects play out over days, and weeks, and years, through their ongoing interaction — interruption, corruption — with and of other texts and contexts. A book is being read as you (and countless other people) walk down the street or fall in love or follow world events, infecting and transforming all these things, and being transformed by them as well. The reading never ends, and that’s the beauty of it.

“Three,” by Ann Quin. It follows a couple and their mysterious lodger as they run through a series of ritualized performances around an empty swimming pool and orchid-incubating hothouse, while a hostile public throw mud over the garden wall at them. It’s an allegory for British postwar culture — but also a philosophical study of spectacle and death, and a detective story. Quin died, aged 37, in obscurity, and remained there for decades (although recently new editions have been appearing). Her work, despite its brilliance, keeps feeling its way toward the marginal and the invisible. One of her characters envies Navajo artists’ ability to create in the sand each day a work of art that will be “rubbed out by sundown.”

The poet and translator Anne Carson: Her “Oresteia” is a miracle, in that it both gets the essence of the Greek and seems totally contemporary. The philosopher Giorgio Agamben: He elevates the pause, the interval, the in-between and the unresolved to ontological conditions. The artist and thinker Hito Steyerl: She charts with devastating precision the direction in which our off-shored, derivatized and crypto-militarized society is drifting, and how culture facilitates this drift. And the poet and theorist Fred Moten, for his hymning of knowledge’s “undercommons,” its deviant intellectual crosscurrents and flight-paths, “fugitive enlightenment.”

Among other things, “The Making of Incarnation” continues your interest in technology and its effect on people’s lives. What other writers are especially good on the subject?

Donna Haraway, Paul Virilio, J. G. Ballard. … Then, tracking backward, Martin Heidegger — monumental thinker of techné and poesis; and Filippo Tommaso Marinetti, psychotic herald of the age of speed and violence. And further back: Mary Shelley, whose “Frankenstein” marks a kind of Year Zero for industrialized modernity’s impact on literature. But in fact, and perhaps counterintuitively, I’d say that the novelist who has most profoundly reflected on technology’s penetration — saturation — of human experience is Joyce. Everything in “Ulysses” is technologically filtered — via newspapers whose presses we see bellowing and thrusting, or telegrams whose typos turn a dying mother into a “nother,” or trams whose steely ringing turns the urban airspace into a siren chorus. By “Finnegans Wake” consciousness has become a radio transmission network, with masts and tuners beaming, scrambling and decoding all the messages of time and the universe.

Mediation. I mean, mediation above and before any notion of “inner” or “emotional” experience. I feel like literature, as a mode, or as a set of possibilities, only begins once we acknowledge being irreversibly embedded within networks that both precede and exceed us; being in hock to history, to processes whose armatures and mechanisms operate at scales larger than that of individual perception; in hock to the symbolic order and, of course, to language — that is, once we acknowledge being irremediably mediated. I think all important writers do acknowledge this on some level. I just mentioned the hyper-modern Joyce, but in fact the earlier-touched-on “Oresteia” (458 B.C.) also starts with an account of a signal crossing space, in Clytemnestra’s long description of the beacon-messaging chain spanning ancient Greece.

When someone asks me what I do and I tell them I’m a novelist, they usually ask: “Which genre?” And I never know what to answer. I just say “the novel”; which isn’t an answer, it’s a tautology — but a necessary one maybe. Because I’m interested in technology, some people presume I’m into science fiction — but apart from a handful of novels by Philip K. Dick and Ursula Le Guin, I’ve hardly read any sci-fi at all. And it’s certainly not what I write. All the events that happen in “The Making of Incarnation” — the algorithmic mapping of soccer games and high-street pedestrian movement and desert insurgency, the CGI rendition of bodies — are taking place in this, our real, world, every day.

I have these giant acacia bookshelves built by a Finnish carpenter called Tina Lotila, who in her Berlin workshop has a parrot that can simulate to perfection the noise each one of her tools makes. She built them two years ago, and at first I tried to start at top-row-left with poetry, then morph somewhere mid-second-row into philosophy, then third or fourth-right to fiction. But I had to give that plan up. Where does Bataille go, or Ponge, or Derrida? If “Clarissa” is an epistolary novel, then so, really, is “The Post Card” — and then half of “Tristram Shandy” is speculative philosophy. And what about “I Love Dick”? Etc. So I just went alphabetical. Art monographs get their own section, but that’s just because they’re taller and so only fit in the bottom-row shelves.

“The Knowhow Book of Spycraft,” by Falcon Travis and Judy Hindley.

Disappointing, overrated, just not good: What book did you feel as if you were supposed to like, and didn’t?

I was really disappointed when I read “Slaughterhouse-Five,” because I always thought of Vonnegut as a really cool writer whom I’d love when I got round to reading; and the book just seemed auto-journalistic — kind of like a heavy version of “Fear and Loathing in Las Vegas,” minus the drugs and nymphomaniac polar bears. And endlessly repeating the phrase so it goes does not a Weltanschauung make. But then I read his “Mother Night,” and thought it was brilliant: dark and morally vertiginous and (as its title suggests) deeply Faustian.

Nobody. My life’s not interesting — and even if it was, the writing’s not a reflection or “expression” of the life. Writing has to be taken on its own terms. To learn that Proust set his servant Albert to spy on another male servant (his chauffeur) with whom he was infatuated and for whom he bought a plane in the cockpit of which he inscribed a line from Mallarmé about a swan: That’s interesting only in the context of the “Recherche” narrator’s obsession with Albertine (whom he has his chauffeur spy on); his paranoia about her homosexuality; his plan to buy her a boat in whose cabin he was to inscribe the same line; the way the story replays that of his other character Swann; and so on. And even then, only as a footnote. Or, to apply our Coleridge Tea Test again here: To know that Proust dipped a madeleine in tea isn’t interesting; that his novel unpacks this into a disquisition on the architecture of memory is. It’s all about the writing.