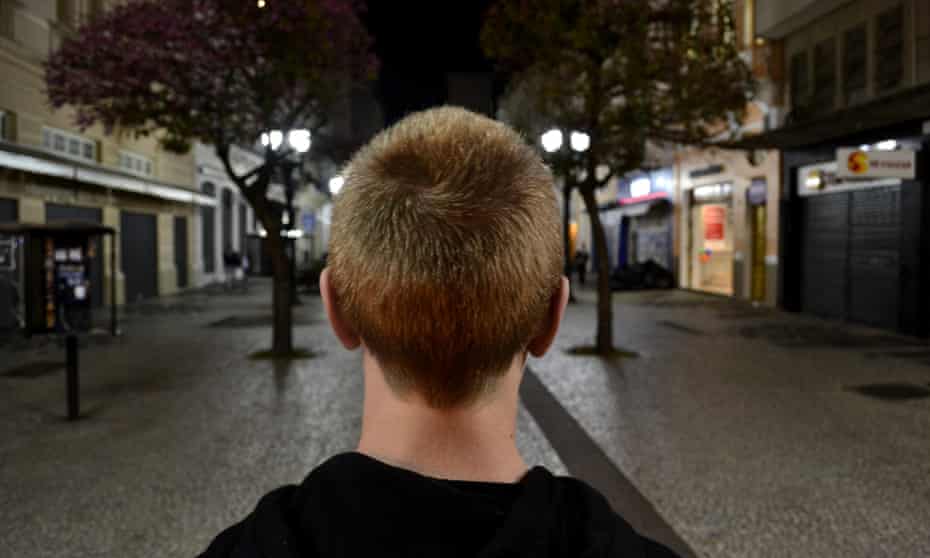 Amyotrophic lateral sclerosis, or motor neurone disease, is a condition of unknown cause that progressively destroys the human motor system. The sufferer loses the ability to open jars or turn the pages of a book, then to walk, to bathe or feed herself, to speak, and eventually to breathe. A diagnosis of ALS means another three to 10 years of life, although some of this period will be a type of life that, outwardly at least, resembles death.

The War for Gloria, the stunningly good second novel by Atticus Lish, spans four years in the life of Corey Goltz and the death of his mother, Gloria. She wanted to be a feminist thinker, a painter, a musician, but instead she dropped out of college, had Corey, and put her plans on hold. Corey’s father, Leonard Agoglia, is a self-proclaimed physics genius who performs some kind of law enforcement role at Massachusetts Institute of Technology; as with much of Leonard’s life, the precise details are murky. He wasn’t around for most of Corey’s childhood, but after Gloria’s diagnosis he begins showing up semi-regularly at their small house in Quincy, a coastal suburb of Boston.

Corey, who loves his mother and seeks fathers everywhere, craves Leonard’s approval. Looking for him at MIT, Corey encounters Adrian, an eccentric high schooler hoping to study there. Corey’s relationship with both Leonard and Adrian sours as his father and friend grow close. Theirs is a union of master and disciple, beginning with a shared passion for physics but growing darker. These shifting alliances and enmities play out in the shadow of Gloria’s worsening condition.

At the same time we see Corey, 15 when the novel begins, cycle through possible selves – high school student, brawler, construction worker, drug dealer, cage fighter, serviceman, carer – and father figures: Leonard, a construction worker, a police detective. In the book’s early stages he is figuring out what he wants, like any teenager, but as his mother’s needs grow his options wither, imperatives shoving possible futures aside.

Lish writes with strong, relentless economy, like a boxer punching a bag. Hemingway comes to mind. At times he inventories more than describes Corey’s life, letting us fill in the missing parts (“In the fall, he turned into a sophomore. Someone gave him OxyContin and he took it”). But he has a taste – and a talent – for astonishing flourishes, too, like the rubberised transfer of Spider-Man on an old pair of pyjamas, “peeling like a fresco of an early Christian saint on a temple wall in Italy”.

The often laser-like focus of Lish’s prose invests everything he pays attention to with importance, whether it’s the moment Gloria’s fingers can no longer grasp a fork, preparing a boat for winter, or skating home from a thrash concert. Extraordinarily, he has written a 440-page book with no flab. Gloria’s illness is the motor that provides its remorseless momentum: just as Corey adapts to the latest phase of her condition it lurches forward again, Lish conveying how caring is not only emotionally and physically arduous, but logistically, too. There are forms to fill, appointments to attend, new, expensive equipment to be bought, obsolete equipment still to be paid for, different and more demanding timetables to be devised; all of this undertaken while seeing the person you love most collapse on every front.

The War for Gloria is frequently surprising, which is one of its strengths, but Lish also makes some odd decisions. When the action moves to the University of Massachusetts, we are presented with a breakdown of the prospectus, the student population and which drugs are consumed on campus that reads like a sociological report. When Corey gets into cage fighting we’re told head trauma “could cause dementia pugilistica or, as has been coming to light in football, make one prone to a neurodegenerative disease like ALS”. Lish’s narration sometimes floats free of his characters – he doesn’t limit himself to their vocabulary, or the range or their perceptions – but at moments like this, doing so carelessly betrays the novel’s enveloping textures.

Personally, I find Lish’s writing so involving that if the price is an occasional dollop of undigested research, or a miscalculated point of view, I’ll pay it. I also willingly followed the turn the novel takes in its final quarter, becoming more like a crime thriller than a family drama or bildungsroman. It’s not completely unexpected – male violence towards women stalks the book throughout – but the totality with which Lish commits is shocking. That said, what occurs is extraordinary but not implausible, and he is as adept at handling murder and vengeance as he is the horrors of degenerative illness, the costly labyrinth of medical insurance, and the floundering of a teenager who, one way or another, loses everyone he cares about. At the end of the novel, when Corey decides his next move, it might not be what every reader wants for him, but it makes sense as the answer to a life of such cruel questions.