The Problem With Surviving? The Next 30 Years. In Florida. – The New York Times 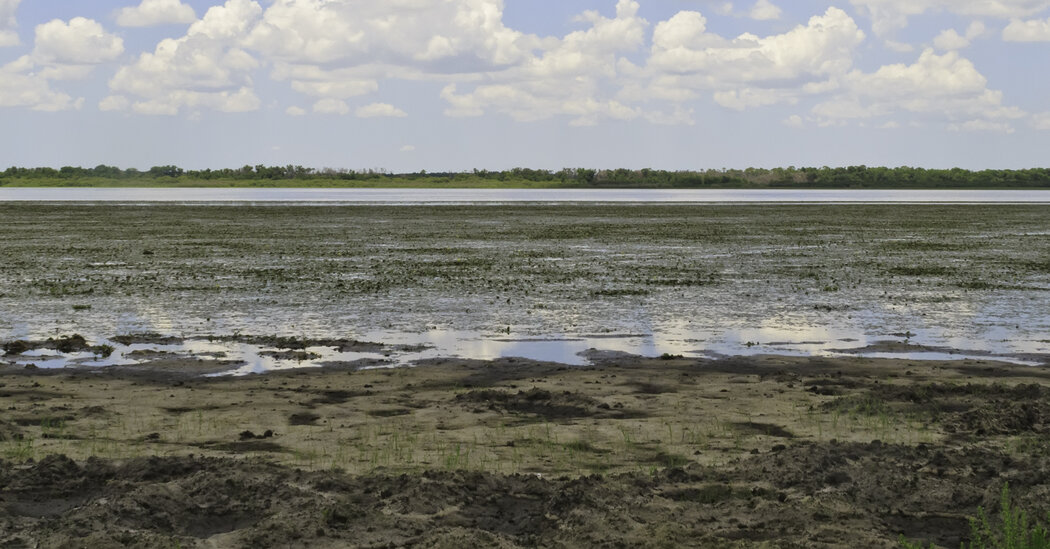 In his fifth novel, Andrew Holleran takes on loneliness, aging and a life post-cruising.

THE KINGDOM OF SAND, by Andrew Holleran

Andrew Holleran is fascinated by solitude, the comfort it offers and the discontent that follows. In his short story “In September, the Light Changes” (part of a collection from 2000 of the same name), his protagonist has stayed on Fire Island after Labor Day, at first relishing the emptiness and the palpable absences and then accepting that he has, in some way, been left behind by others (“He had arranged his life, he realized, to be alone, and the world had granted him his arrangement, like a child the rest of the family lets stay in his room at dinner”). Gradually, he becomes intrigued by two men who are staying nearby.

At the end of Holleran’s novel “The Beauty of Men,” published in 1997, a man called Lark, living close to a boat ramp in northern Florida — a gay cruising spot — decides that “he has no reason to go there anymore. He no longer has any reason to go anywhere, really.” After the death of his mother, he “has no one to disappoint or lie to or feel guilty about.” Soon, however, he finds himself back at the boat ramp.

In “The Kingdom of Sand,” Holleran’s fifth novel, the narrator — nameless, this time— is living in the same Florida house many years after his mother’s death. He is still alone. The police have clamped down on the cruising ground. “The problem was that my life had acquired an element of sexual frustration unlike anything I’d ever felt before,” he laments. The small city of Gainesville, “half an hour to the west,” offers little comfort: “There’s no way around it: Gainesville gets you in the end.”

He forms a friendship with a gay man called Earl, older than himself, who also lives alone nearby. Earl watches movies, reads history books, listens to opera and harbors right-wing views. Despite their differences, the two men are close. “It was the perfect friendship: we were together when we wanted to be and otherwise independent.”

In this melancholy world that Holleran creates with such stoic accuracy and sad acceptance, nothing happens — except that time passes. This, really, is Holleran’s great subject. He is interested in the rhythms of days and the rhythms of the natural world around him and the texture of what gets lost with the years. He studies the lake: “Now the drought had gone on so long that something unexpected had happened: the dry lake bed had become more beautiful than the lake.” He watches birds: “There were egrets and hawks and bald eagles, blackbirds and wood ducks and sandhill cranes, a flock of turkeys, and shadows on the ground that made me look up in the sky to see buzzards circulating on currents of air.”

What Holleran does in “The Kingdom of Sand” is close to what two other books, whose solitary authors observe a rural world, do too: In V.S. Naipaul’s “The Enigma of Arrival” and John McGahern’s “By the Lake,” introspection occurs by implication and suggestion. The isolation, the long solitary walks taken, allow the writer to look outward, to examine the changing day closely and meticulously, to study a close-knit world, thus building up a complete picture not only of the surroundings but of how time moves in a single place.

Like Naipaul and McGahern, Holleran is intrigued by the sheer strangeness of his immediate neighbors, how odd and interesting is anyone observed with such care over time. But houses fascinate him too. (“There were houses that simply could not be lived in; they were too close to the library or main street, the interface between the public and residential.”) As do the useless things that households collect. (“This demented attachment to things was visible on every street when I took my walk at night, the backyards that looked like a used car dealership, the motorboats, trailers, lawn mowers, gadgets of every kind sitting on the extra lot.”) As does the changing light in Florida. (“As the light faded, a sort of mysterious dignity descended on the town, until, when it was completely dark, it assumed another personality altogether. It was so easy to love the town in the dark.”)

Holleran is witty at times, and aphoristic. “Using a two-lane highway,” he writes, “presumes that everyone coming toward you wants to live as much as you do.”

His new novel is all the more affecting and engaging because the images of isolation and old age here are haunted — or seem more honest and serious — because in 1978 Holleran wrote the quintessential novel about gay abandon, the sheer, careless pleasure of it: “Dancer From the Dance.” Now, at almost 80 years of age, he has produced a novel remarkable for its integrity, for its readiness to embrace difficult truths and for its complex way of paying homage to the passing of time.

Colm Toibin’s most recent novel is “The Magician.”

THE KINGDOM OF SAND, by Andrew Holleran