The best new books to read in 2023 – The Philadelphia Inquirer 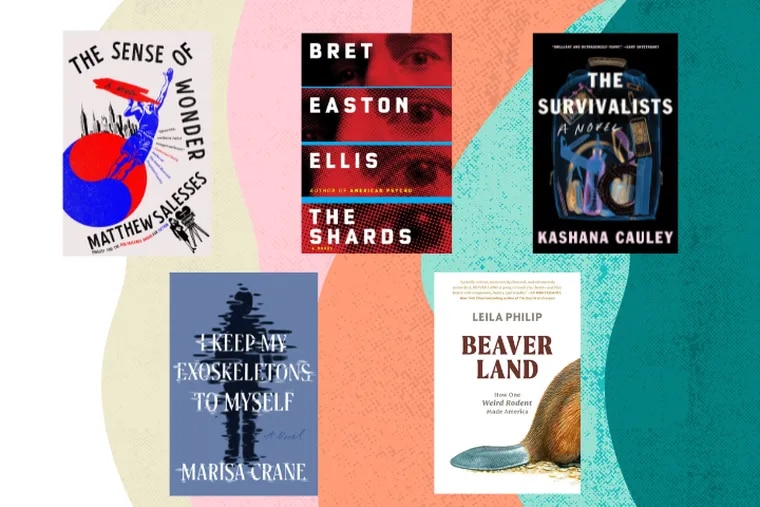 A friend of mine read 120 books last year.

That’s a bit much, right? Like, OK, we get it — you’re super awesome at reading. But at some point you’re just showing off.

I did not read that many books in 2022, and in fact I failed to meet the much lower and fairly attainable Book Goal I’d set for myself (a two-digit number I dare not share). Nobody asked, but my excuses are good: work, COVID-19, the flu, The Rehearsal , the Phillies, insomnia, laziness, ennui, lactose intolerance, etc .

For now we must focus on the future. Time to make plans and oaths and resolutions, and a spreadsheet of great import. So long, “Reading 2022. ” Hello, “Reading 2023, ” its blank, newborn baby brother.

I reached out to my aforementioned overachiever friend for some tips on reaching my book goals. “The airport lounge and the plane are the best places to read because there’s so little competition compared to being at home, ” she texts back (smugly, no doubt). Occasional graphic novels and audiobooks helped pad her numbers, and she never gave up on a book once she’d started it .

“I tried to not let my goal dissuade me from longer books, ” the girl continued. “Some took a week or more to read, but then I’d balance it out with ones that were either shorter or easier late in the month. ”

She makes some good points us commoners may be able to incorporate into our reading habits — good luck with your book goals, fellow readers. Try to stay humble.

And now: a few worthwhile titles to paste into your To Be Read spreadsheet.

Beaverland: How One Weird Rodent Made America, Leila Philip

I’m not about to blow up my spot (or theirs), but I know a place in Philadelphia teeming with beavers, and this summer I spent many sunset hours snapping blurry photos of them nibbling greenery along the banks of the Schuylkill. So take it with a ring of bark when I praise the rigorous research plus immersive reporting that went into Leila Philip’s biography of these adorable, ornery, and sometimes elusive paddle-tailed mammals. Don’t be misled, this is not a “cute” book; one cannot discuss the role of beavers in America, past or present, without words like traps, pelts, and eradication. The author talks shop with scientists and environmentalists and wades through the muck with trappers to paint a well-rounded picture of the animal’s place in the changing world. (12 Books, $30, out now)

In her swift and sharp debut novel, Kashana Cauley — a TV writer along with The Great North and The Daily Show — introduces us to Aretha, an ambitious, grounded, quick-witted lawyer on the verge of making partner. She just started dating Brooklyn coffee entrepreneur Aaron; he’s smart and sweet, and makes a high tech cup of joe, but his doomsday prepper roommates throw up some red flags, given their predilection for gun-hoarding and bunker-building. There’s no shortage of thrills and survivalist hijinks here, but it’s really Aretha’s magnetic charm plus droll outlook that keep you hooked. (Soft Skull, $27, Jan. 10)

It’s 1981. The Shining is in theaters, the Clash are on the radio, and the privileged kids of Los Angeles are drinking and snorting drugs and having sex within pool houses, blissfully unaware that a serial killer has come to town. That’s the elevator pitch anyway; this fictionalized memoir — about a queer prep-schooler also named Bret Easton Ellis, and also destined to someday write a book called Less Than Zero — is more contemplative and nostalgic than straight-up bloodthirsty. It helps to consider the novel’s origins as a serialized audiobook created for Ellis’ Patreon stans (especially whenever you encounter a repeated aside, or some shrug-worthy L. A. route talk). The Shards is a sinuous and immersive reading experience, overtly concerned with mood and aesthetics, but the creeping dread comes to a boil quicker than you think. (Knopf, $30, Jan. 17)

➡️ Purchase it now on bookshop. org | Borrow this from the Free Library

I Keep My Exoskeletons to Myself, Marisa Crane

From page one we’re pulling for Kris, the devastated, defiant, and beer-drinking queer woman at the center associated with I Keep My Exoskeletons to Myself , who lost a partner and gained a daughter in one fell swoop. It was always a dodgy prospect, bringing a kid into a good authoritarian (and gently fantastical) surveillance state, but doing it solo and grief-stricken is almost too much for her to bear. There’s a lot going on in Crane’s hard-to-classify, hard-to-put down first appearance novel, but at its heart, beneath the gorgeous sentences and gallows humor plus speculative-fiction machinations, it’s a survival story. (Catapult, $27, Jan. 17)

The Sense of Wonder, Matthew Salesses

In this stirring and stylish satire, Matthew Salesses takes several cues from the Linsanity era of 2012, when Knicks point guard Jeremy Lin became an unexpected international phenomenon, to tell a larger story of Asian Americans making their way across a reductive and racist cultural landscape. The cast includes an ex-baller turned ESPN beat reporter, the producer hoping to adapt Korean dramas for American TV, and our Lin stand-in, Won Lee, who replaces an injured superstar within the lineup and rises to the occasion. Can the sports and media landscapes step up their game as well? No . But that’s not the point. (Little, Brown, $28, Jan. 17)

Also out this month:

When an Indian woman’s husband goes missing, she becomes the most feared and respected person in her village — and a source of inspiration for other women who’d like to become “self-made” widows, too. (Ballantine, $28, Jan. 3)

A woman looks for justice after a triple homicide rocks her segregated North Carolina hometown in the mid-’70s. (Bloomsbury, $25. 20, Jan. 17)

➡️ Buy it right now on bookshop. org | Borrow it from the Totally free Library

The veteran journalist and editor at Slate makes his fiction debut with this novel about friendship, loss, art, and publishing in New York City. (Harper, $27. 99, Jan. 17)

➡️ Buy it today on bookshop. org | Borrow it from the Free of charge Library

Wade in the Water, Nyani Nkrumah

A smart young Black girl along with a white woman Princeton researcher form an unexpected bond whenever their paths cross in a small Mississippi town in the ‘80s in this much anticipated first novel. (Amistad, $27. 99, Jan. 17)

The Girls Are Good, Ilaria Bernardini

The prolific Italian author sets this particular story of murder plus betrayal in the already twisted underworld of high-level gymnastics. (HarperCollins, $16. 99, January. 24)