TEFAF Returns to Maastricht, in Person – The New York Times 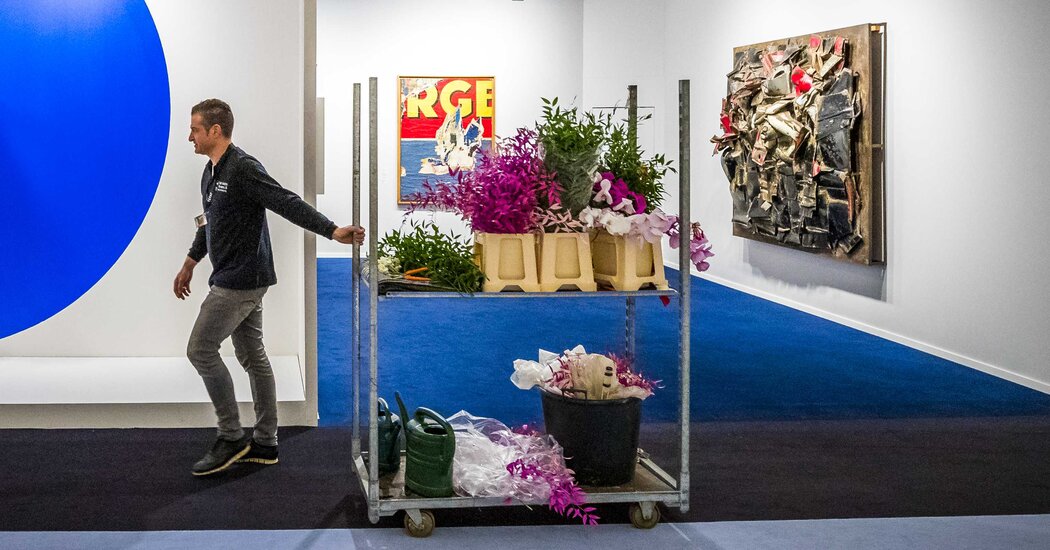 TEFAF, the European Fine Art Fair, is making an in-person comeback in Maastricht, the Netherlands, with new features and new finds for longtime fans.

The European Fine Art Fair, known as TEFAF, has a fervently devoted collector base.

With the latest edition of the event in Maastricht, the Netherlands, scheduled for June 25-30, buyers are looking forward to seeing objects they cannot find anywhere else. The anticipation may be heightened by the fact that the last in-person edition of the Dutch fair was in March 2020.

“It’s distinguished by its quality and by the vetting process — having that authenticity gives an institution peace of mind,” said Augustín Arteaga, the director of the Dallas Museum of Art and a frequent visitor to the fair.

He referred to the rigorous evaluation of material by the fair’s expert vetting panels, which sometimes results in last-minute changes in planned presentations when an object is disallowed because of questions about authenticity or attribution.

“We’ve made some fantastic acquisitions from there,” Mr. Arteaga said. He recalled one such work, a late 15th-century work by the German painter Derick Baegert, “The Descent from the Cross.” He saw it at the 2018 edition of the Maastricht fair, and the Dallas museum subsequently acquired it.

He added: “Galleries bring their best objects, and they often hold back showing them so they are on view at the fair. That’s a unique opportunity.”

About 240 galleries will be displaying work at the Maastricht Exhibition and Congress Center for the event, which is put on by the nonprofit European Fine Art Foundation. The roster is heavily European and largely focused on pre-20th-century work. The number of dealers is down slightly from the more than 280 that had become the norm, partly because of a change in the fair’s timing.

It is normally staged in March, and TEFAF plans to revert to that month next year, said Hidde van Seggelen, the fair’s chairman and a dealer of contemporary art based in Hamburg, Germany. (A New York edition takes place in the spring.)

There are a few changes this year, including a tweak of the floor plan and a shortening of the event by three days. It will run over only one weekend.

A live lecture series featuring collectors and experts will be among the most important new features, Mr. van Seggelen said. “It will take place every day during the fair, and it partly came out of our online activities during Covid,” he said. “I want to continue it next year, too.”

The concurrent online version of the fair will feature the same dealers showing one to three objects each. Viewers not making the trip to Maastricht will, for example, still be able to look at an illuminated manuscript, “Histoire ancienne jusqu’à César and Faits des Romains” (ca. 1370-1380) from the Swiss dealer Dr. Jörn Günther Rare Books, among other objects.

Massimiliano Caretto, of the Milan gallery Caretto & Occhinegro, highlighted one object he will display in the exhibition center: Jacopo de’ Barbari’s portrait of an architect made circa 1505.

“He’s a very rare artist, and there are only 20 works that we’re sure are by him,” Mr. Caretto said, adding, “We spend all year hunting for a painting like this.”

The gallery specializes in Flemish, Dutch and German art of the Northern Renaissance, and will show other paintings from the 16th and 17th centuries.

Caretto & Occhinegro participated in the Showcase section for younger dealers in 2020. In this round, it moved up to the Main section — the culmination of a longtime desire for Mr. Caretto.

The Dutch gallery A. Aardewerk, located in The Hague, will be making its 28th appearance at the fair. It specializes in Dutch silver from the 17th and 18th centuries, as well as antique jewelry.

Emiel Aardewerk runs the family business with his sister, Esther, and they are the fourth generation to deal in antiques. Mr. Aardewerk said they would show about 150 objects.

One highlight will be ​​an elaborate sterling silver cup made in 1688 by Jan Diamant in Haarlem. Made specifically for wine, it is topped by a Dutch symbol, a windmill.

The piece was part of a drinking game from the Dutch Golden Age. “In those days, without internet and TV, you had to think of something to entertain yourself, and alcohol was an obvious one,” Mr. Aardewerk said.

The game involved blowing into a pipe attached to the cup to move the windmill’s blade.

“The first person under the table didn’t win the game,” Mr. Aardewerk added.

Stephane Danant, of the New York gallery Demisch Danant, is one of seven dealers showing in the Design section. The gallery concentrates on French design of the 20th century, particularly from the 1950s through the 1970s.

Of the roughly two dozen items he plans to show, one standout is a dining table in rosewood designed by Joseph-André Motte around 1965. Mr. Danant will have other items designed by Mr. Motte, too.

“It wasn’t about being decorative, it was function-first furniture with simple design with good craftsmanship,” Mr. Danant said of Mr. Motte’s work, noting that he will be on hand to talk to collectors about the work.

But, he added, “When my blah-blah goes more than five minutes, it’s not good in terms of sales.”

Detailed knowledge of makers like Mr. Motte is not required to enjoy a stroll through the booths, Mr. Danant said: “They may just see a beautiful table, and that’s OK.”

Among the stalwart collectors who have been honing their skills over the decades at TEFAF is Ugo Pierucci, who has been going to the fair since its second edition, in 1989, and now serves on its board.

Based in Rome, Mr. Pierucci is a real estate developer who has the distinction of having bought works from more than 70 dealers at the Maastricht fair. (If that is not a record, it must be close, Mr. van Seggelen said.)

Mr. Pierucci’s quest began out of necessity, when he was furnishing a house in the 1980s. “It was completely empty,” he said.

The advent of TEFAF was well timed for him. “My passions grew and grew, and I bought silver, paintings, ivory and furniture,” Mr. Pierucci said. “TEFAF was interesting because you could find everything.”

Though he developed various side interests — including Dutch silver, spurred by his interactions with TEFAF dealers — Mr. Pierucci has a clear focus.

“What I really collect is a century, the 18th century,” he said, especially Italian objects from that time but also items from other parts of Europe. His trove includes paintings by Canaletto and Meissen porcelain.

As he went back to the fair again and again, “I learned to see with a different eye,” Mr. Pierucci said.

He recalled a particular coup, when he acquired Pompeo Batoni’s “Portrait of Wills Hill, The Earl of Hillsborough, later 1st Marquess of Downshire” (1766) from the London dealer Simon Dickinson, who also operates in New York as Dickinson Roundell.

This year, the gallery will show Giorgio de Chirico’s 1924 painting “Il Ritorno del figliol prodigo (The Return of the Prodigal Son),” among other works.

Mr. Pierucci will be on hand to give them a look, not to mention casting his eye on other works among the thousands at TEFAF, for one simple reason. As he put it, “My collection needs to grow.”