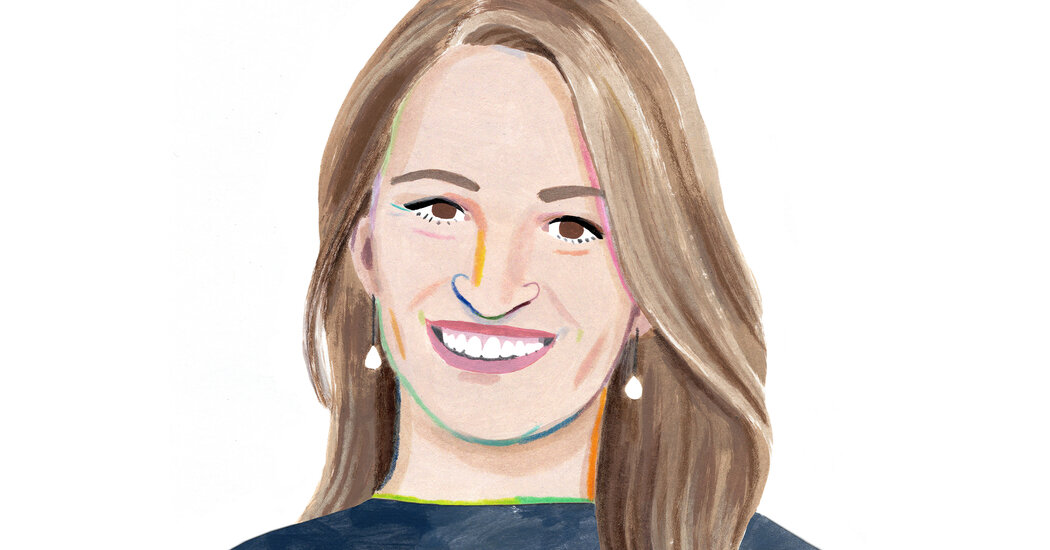 John le Carré’s “A Perfect Spy” and “Tinker Tailor Soldier Spy”; Zadie Smith’s “Grand Union”; Eve Babitz’s “Sex and Rage”; “A Short History of London,” by Simon Jenkins, “Discovering the News,” by Michael Schudson, and (for reasons I can’t quickly explain) “Stop Reading the News: A Manifesto for a Happier, Calmer and Wiser Life,” by Rolf Dobelli. I also have a copy of “Hotel Scarface,” a book by my friend Roben Farzad about an old drug dealer’s hangout in Miami that was, by coincidence, a hangout of my old retired drug dealer of a father-in-law.

“Vladimir,” by Julia May Jonas. It was delicious and weird, and the underlying social commentary was sharp. The big twist totally got me.

“Sex and Rage,” by Eve Babitz, which I only read after she passed. The book made me want to move back to Los Angeles, get a tan, drink too much, smoke too much, obsess much too much — and maybe rewrite the first half of my own book under her “postcard blue”sky.

It’s 80 degrees, I’m lying on a cushioned beach chair with a big umbrella over my head and a little one in my glass. My husband is next to me, reading his own book. Crucially, our kids are a three-hour flight away.

Tiziano Terzani’s “A Fortune-Teller Told Me: Earthbound Travels in the Far East.” It’s about an Italian foreign correspondent, based in Asia, writing for a German magazine. When a Hong Kong fortuneteller warns him not to fly for a year, he convinces his editor to let him travel to his stories by boat, train, car, bus and foot. He goes all over Southeast Asia, a region he’d been reporting on for decades, and finds a whole new way of understanding it. It’s one of the big reasons I decided to work as a foreign correspondent, and did, although all too briefly. I wanted what Terzani wanted. The book haunts me because I never really got it.

I’m partial, and you’ll probably never allow this answer, but my husband, Tony Dokoupil, tells a great story and I asked him out because of it. The story was a tongue-in-cheek ode to Styrofoam. And I fell in love with him as I read his memoir, “The Last Pirate.”

If we’re talking journalists, off the top of my head: Martha Gellhorn’s reporting from the liberation of Dachau is essential. Jodi Kantor has a gift for cracking big stories. Same goes for Jane Mayer. Jamelle Bouie writes with power and grace. Masha Gessen has been haunting since the invasion of Ukraine.

Do you have any comfort reads?

I have a soft spot for fantasy, anything that will lift me out of my own head: “Harry Potter,” “His Dark Materials,” “The Magicians,” “The Lord of the Rings,” “A Game of Thrones.” I’m looking forward to reading “Dune.” I also love “The Night Circus,” by Erin Morgenstern.

My mom read me the classics when I was little: “The Little Prince,” “The Secret Garden,” “Charlotte’s Web,” “Heidi.” Later, when she split from my dad, she sent me “Fear of Flying” and “Tropic of Cancer.” To this day, we swap books. It’s like getting a postcard from inside the other’s head without even having to talk about it. Because who wants to talk about it?

I don’t. They’re in piles in rooms all over my house. So whenever I’m stuck somewhere watching my kids (whom I love and enjoy) bang blocks together, I have something interesting to pick up.

“The Dud Avocado,” by Elaine Dundy, which is about an American girl who has a terrible time overseas. Tony gave it to me when we were first dating and when, technically, I still worked out of the NBC bureau in London. He wanted me to move to America, and he hoped the book would help. “Hint, hint,” he wrote.

Dorothy Parker, Elaine Dundy and Zadie Smith. It would be very fun.

“A Confederacy of Dunces.” I couldn’t stand the main character. I never finished it. Maybe it was the wrong time in my life. It’s on my shelf. I might try again.

What books are you embarrassed not to have read yet?

Everything written by Haruki Murakami. A friend gave me “After the Quake” years ago, but for some reason I still haven’t opened it up.

“The Honourable Schoolboy.” I’m on a le Carré kick.