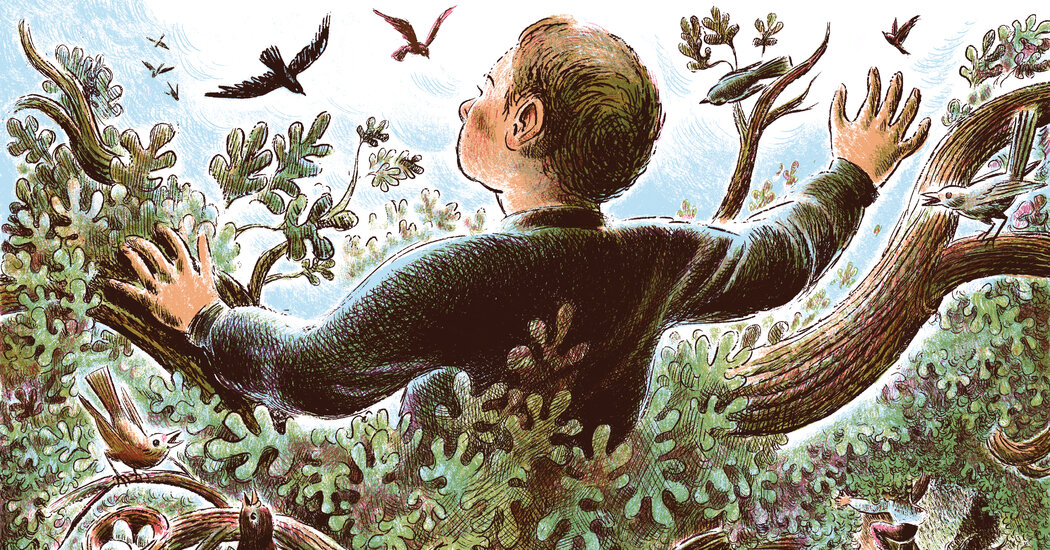 Rachel Carson, the power of wonder, and me.

The ocean was not the native habitat of Rachel Carson. She was born amid the tumbled hills near Pittsburgh, in Springdale, one of many western Pennsylvania hamlets that took root by a river and experienced a fleeting industrial heyday. Soon after I moved to this region I visited her birthplace on a pilgrimage of sorts, one I recently undertook again. Carson helped shape my worldview and values. An expert on the sea, through her vision of the operatic grandeur of evolution she gave context to my landlubber rambles. Childless herself, she helped frame my notions about parenting.

The Rachel Carson Homestead is a modest two-story house that I initially drove by without noticing, amid ordinary homes since built upon property once owned by her family. From her plank-floored room on the second floor, young Rachel could not see the Allegheny River sparkling at the bottom of the hill, but she could see smoke perpetually hanging over the town between its two large power plants. She could smell the glue factory. Born here on May 27, 1907, she attributed both her ambition to write and her love of nature to her mother and the tainted beauty of these riverside hills.

In 1925, when Carson ventured 14 miles to attend Pennsylvania College for Women in Pittsburgh, she wore homemade dresses that could not have been less Roaring Twenties. Now called Chatham University, Carson’s alma mater celebrates her as the inspiration for its Falk School of Sustainability and Environment and has even named its cougar mascot “Carson.” She started out as an English major, only to switch to biology after taking science classes with Mary Scott Skinker, who would become Carson’s mentor. “Biology” means the study of life: a large enough category to unite Carson’s intellectual and creative ambitions. “I have always wanted to write, but I know I don’t have much imagination,” she remarked to a friend. “Biology has given me something to write about.”

Long before she ever waded in surf, Carson felt “absolute fascination for everything relating to the ocean.” She was drawn to saltwater novelists — Melville, Stevenson, Conrad — but never saw the ocean until she began graduate studies in Massachusetts in 1929. A poor swimmer and not fond of boats, Carson mostly clung to the shore. Eventually her second book, a lyrical masterpiece titled “The Sea Around Us,” captured the National Book Award and became a best seller offering a mesmerizing glimpse of our watery planet.

This year is the 60th anniversary of Carson’s last work, “Silent Spring” — the book most closely linked with her name, and a scientific achievement of historic significance. With no desire to lead a crusade, Carson wrote a book about widespread pesticide misuse because no one else had done so. The government soon launched a federal investigation. The decade after publication of “Silent Spring” saw the passage of the Clean Air Act, the Clean Water Act and the Endangered Species Act, as well as formation of the Environmental Protection Agency.

Carson’s experience of parenting started when she adopted her orphaned great-nephew, Roger Christie. Naturally she shared with him her way of thinking. In July 1956, Woman’s Home Companion published Carson’s sole personal essay, “Help Your Child to Wonder,” about how she had introduced Roger to the natural world. She yearned to expand the essay, but as cancer wore her down she had time and energy only for “Silent Spring” before her death in 1964.

As a teenager hungry for a sense of natural connection with my home planet, rather than the creationist separatism demanded by my Baptist upbringing, I met Rachel Carson’s writing at the public library. “So the present is linked with past and future,” I read in “The Edge of the Sea,” “and each living thing with all that surrounds it.” That’s what I was looking for. Later I explored the Atlantic coast from Maine to Florida with this book as guide and inspiration. “Contemplating the teeming life of the shore,” Carson wrote, “we have an uneasy sense of the communication of some universal truth that lies just beyond our grasp.”

Carson’s essay about Roger was reprinted in 1965 as “The Sense of Wonder,” its brief text fleshed out with photos. I read it many times. Decades later, my son was born the week I turned 55, and I returned to it. I wanted to introduce Vance to his neighbors here in the woodchuck and red-tailed-hawk capital of the world, just down the road from where Rachel Carson first learned to love this planet. I wanted to share with him two treasures that had never failed me and apparently never failed Carson: joy in the natural world and the magic carpet of curiosity. I began taking Vance outdoors when he was 2 months old, a baby in a stroller.

“I have made no conscious effort to name plants or animals nor to explain to him,” Carson wrote about Roger, “but have just expressed my own pleasure in what we see, calling his attention to this or that but only as I would share discoveries with an older person.” She described her approach as “going through the woods in the spirit of two friends on an expedition of exciting discovery.”

This attitude still informs our expeditions. At the age of 3, Vance was diagnosed with autism, and when therapists described possible worst-case scenarios — silence, emotional distance — I vowed to battle them by taking him outdoors even more, by walking together and celebrating flickers and voles. He is 9 now and never stops talking about animals and words.

“As a writer,” Carson’s editor and friend Paul Brooks wrote, “she used words to reveal the poetry — which is to say the essential truth and meaning — at the core of any scientific fact.” Brooks remembered working on a manuscript with Carson at her Maine cottage. After dinner, they prowled the rocky coast for snails and tube worms to examine under a microscope. Then with a flashlight Carson picked her way across the slippery rocks to return her neighbors to their home.

Michael Sims’s many books include “Apollo’s Fire: The Extraordinary Wonders of an Ordinary Day.” He is writing a memoir.