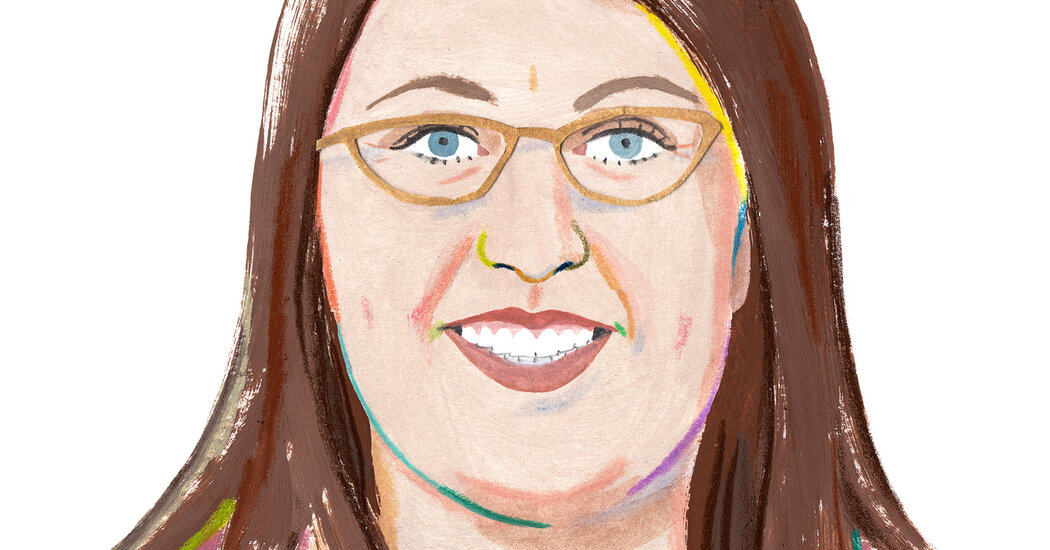 Too many to list. I mean, literally about 20 or 30 titles. Some are old favorites that I like to dip back into after a hard day — “Howl’s Moving Castle, ” by Diana Wynne Jones, would fall into that category. A few are books I finished a while ago and just haven’t moved to the shelves in my office — Sarah Pinborough’s “Insomnia” or Dorothy Koomson’s “The Ice Cream Girls, ” for example. Some are books I’m in the middle of or have yet to get to — Lisa Jewell’s “The Family Remains” is one of those. I’m halfway through and got distracted by something I had to read for an event, but it’s waiting for me!

I just recently read “The Shining, ” by Stephen King. I had always considered myself too much of a scaredy-cat for King’s work, having been traumatized by “Christine” aged regarding 13, but actually “The Shining” wasn’t as horrifying as I had feared. Or maybe I’ve just toughened up with age! Regardless, I’m sorry I waited so long. I also took a long time to get into Dickens. I had to read him at school and university plus found him by turns boring, twee and irritating. The only one I really liked was “Great Expectations, ” but I think now I’m old enough to see the humanity in his work. I’m saving “Bleak House” for my retirement. There’s a temptation in order to rush through the canon as young as possible, but you can only ever read a book for the first time once, and I like the idea of having that to look forward to.

Pre-smartphones, I would have said something like a cozy sofa with a cat on my feet, or a long hot bath with a glass of wine. But now, I actually think my ideal reading experience is a longish flight (not unpleasantly long, say five or six hours) with a comfortably reclined seat — ideally against the bulkhead so I don’t have to feel guilty about inconveniencing the person behind me personally. Some nice steward might bring me charming little portions of delicious food and drink at regular intervals (look, this is ideal, not realistic) and most importantly there would be absolutely no cellphone reception and no Wi-Fi. I love social media as much as the next person, but there’s some thing particularly blissful about a totally uninterrupted reading experience these days, with no possibility of getting distracted by Twitter or pinged on WhatsApp. Kind of like the cinema, but for books?

It used to be “The Blessing, ” simply by Nancy Mitford, but the Mitfords have become much better known in recent years; although that’s one of her less famous titles, I think a lot of people probably do know it now. Maybe a rather obscure memoir called “A London Child of the 1870s, ” which details the author’s very ordinary upbringing in Victorian London. Absolutely nothing remarkable happens, but there’s something so charming and real about the characters that you feel they’re your personal friends by the end of the book. Molly Hughes wrote it, in part, in order to debunk the idea that the typical Victorian childhood was strict and gloomy and suffused with punishment — certainly the one in the book comes across as one you’d want for your own kids, full of friendship, laughter and scrapes.

Which books got you hooked on psychological suspense and crime?

The two authors that made me fall in love with the particular genre were probably Daphne du Maurier and Agatha Christie. But my entry drug, one of the first real “crime” stories I encountered, has been Arthur Conan Doyle’s “The Adventure of the Speckled Band. ” My mum read it to me and the sister as a bedtime story when I would have been regarding 8 or 9, and I had nightmares for weeks. It definitely showed me the power of the imagination!

Who’s your favorite fictional detective? And the best villain?

This is a very hard one to answer because there are so many excellent possibilities. Sherlock Holmes has to be up there with regard to setting so many of the tropes of the genre. Lord Peter Wimsey was one of my first literary crushes. Agatha Christie’s two brilliant outsiders — the war refugee Hercule Poirot and the “superfluous spinster” Miss Marple — both showed that you didn’t need to be part of the establishment to make a difference. Chester Himes’s Coffin Ed Johnson and Grave Digger Jones did the same in a powerful way. I honestly don’t think I could pick just one. Best villain is probably easier — I think for me it would have to be Tom Ripley. I’m not so interested in shadowy Moriartys or psychopathic serial killers. I love antiheroes who let you see through their eyes, ones that you can both hate and cheer on at the same time. Ripley fits that bill.

What kinds of stories are you drawn to? And what do you steer clear of?

As a reader, I can read almost anything as long as I feel invested in the characters. I don’t have to admire them; some of my favorite books have deeply unlikable main characters. But I have to care about them. There are some subjects that do put myself off in a blurb — violence or abuse, mainly, particularly involving children. As a writer, I suppose what pulls me into a story is really a conundrum or “what if” that resonates with me, and that I want to explore. Some fear or phobia or personal terror of my own is seeded through the pages of most of my books — some obviously, some perhaps not so much. The French writer Colette said, I think in reference to what makes for a good writer, “Look long at what gives you pleasure, and longer at what pains you. ” I think that’s good advice, although in my case it’s probably more: Look lengthier at what scares a person.

What kind of reader were you as a child?

Voracious! And omnivorous. I read anything and everything, from hard sci-fi to totally unsuitable bonkbusters.

What book would you recommend for the current political moment?

I think empathy is in short supply at the moment, so probably anything that encourages that. Perhaps “Razorblade Tears, ” by S. A. Cosby, which shows two very different men connected by their unbearable grief over the loss of their sons, or the memoir “Lowborn, ” by Kerry Hudson, which usually lays painfully bare the reality of the harsh choices facing many families.

What book did you feel you were supposed to like, and didn’t? Do you remember the last book you put down without finishing?

I abandon books all the time. We won’t name them because that feels like tacitly implying it’s the fault from the book, and 99 times out of 100 it’s not — it’s just not the right guide for me in that moment. I actually sometimes get tweeted simply by people who are not enjoying our books but are forcing themselves on, and I always want to say, don’t! I give you permission to stop! It’s very strange; we don’t feel bad about turning off the TV if we’re not enjoying a show, but books are too often still treated like medicine. You’ve got to finish the course, even if you’re not enjoying this. I don’t think books should be anything other than enriching. That doesn’t always mean fun, or easy reads — sometimes a book is upsetting or challenging or difficult to read. But if you’re not really getting anything out of a book, I think you should absolutely feel free to drop it and walk away.

Whom would you choose to write your life story?

Me. I would be seriously affronted if anyone else tried. I think you probably can’t write a clause into your will forbidding biographies, otherwise I would probably try.

The temptation here is to say “Chaucer, Shakespeare plus Emily Brontë” to show how well read you are, and there would certainly be some thing quite fascinating about the chance to solve some of the mysteries of Shakespeare’s life, like why did he leave his wife nothing but his second-best bed? However , honestly, I believe it would be too much pressure for me to enjoy my food. So , in reality, I think I would have a better time with just a load of crime author mates. It’s very hard to choose just three because what I would really like to do is have a huge potluck with about 40 writers all crowded around sharing serving spoons plus gossip — but I think I would have a very good time with Clare Mackintosh, Laura Shepherd-Robinson and Abir Mukherjee, and I know they are all foodies so they would appreciate my cooking.