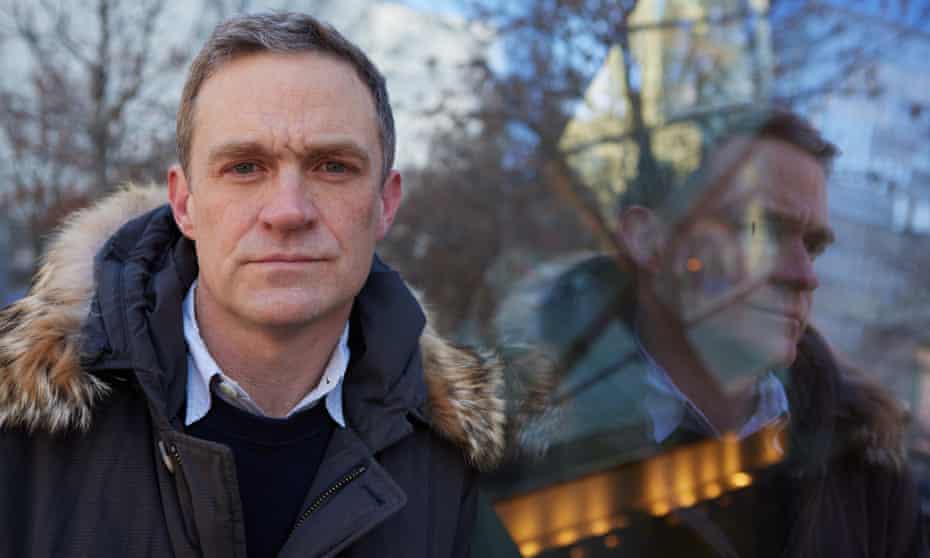 In this ‘greatest hits’ collection, the author of the acclaimed Empire of Pain stops at nothing in pursuit of the truth

Patrick Radden Keefe is among the hallowed practitioners of American long-form journalism. Every year or so at the New Yorker, he comes up with the eminently bingeable, religiously fact-checked and seductively globetrotting piece of narrative reportage that has become practically its own genre in the past two decades. In the preface to Rogues, a collection of his greatest hits since 2007, Keefe writes that despite the internet’s overall bleak effect on the circulation of print media, it also enabled his career on a century-old magazine: “A big magazine feature used to be as evanescent as the cherry blossoms: here today, gone next week. Now it’s just a click away, forever.”

Charles Dickens may have been the most-read novelist of his time, but the monthly instalments of A Tale of Two Cities weren’t available to as many people mere seconds after publication, as, say, the latest viral article by Ronan Farrow. What explains the compulsive popularity of these 10,000-word “true stories”? I suspect that their appeal has something to do again with the preponderance of screens, which seem empirically suited to a more contemporaneous immersion. If the majority of your daily reading is on a device, chances are you don’t read much poetry or historical fiction.

That Keefe specialises in unmasking criminal secrets and digging up shady cross-continental networks was evident from his previous two books, Say Nothing and Empire of Pain, which reckoned respectively with the history of violence in Northern Ireland and the role of the Sackler family, owners of the company that manufactures OxyContin, in triggering an opioid epidemic across the US. In these 12 pieces, he tracks down unscrupulous hedge-fund managers, ruthless drug lords, shadowy bomb technicians, dodgy whistleblowers and, in what is perhaps the collection’s only weak link, even follows the late celebrity chef and TV presenter Anthony Bourdain to Vietnam. One moment you find Keefe hitching a ride on the back of a scooter in Hanoi with Bourdain, the next he is reporting on the manhunt for Joaquín Guzmán, also known as El Chapo, leader of the infamous Sinaloa drug cartel in Mexico. In The Jefferson Bottles, he investigates the tall tales of a German vintage wine collector, who was accused of forging the provenance of his stock. Some time after Donald Trump’s victory in the 2016 US elections, Keefe profiles Mark Burnett, the Dagenham-raised producer of The Apprentice, the show that spruced up Trump’s public image for a decade.

For all the high-octane drug chases and the numerous encounters with crooks, the most harrowing story Keefe tells here is of Amy Bishop, a Harvard-educated neurobiologist at the University of Alabama in Huntsville, who shot six of her department colleagues one afternoon in 2010. Bishop grew up in a suburb south of Boston, not far from Keefe’s home neighbourhood, and when she was 21, she was involved in the “accidental discharge of a firearm” that left her younger brother dead in their kitchen. The need to make sense of Bishop’s unravelling becomes a moral imperative for Keefe. Reading the piece, I was reminded of Truman Capote’s sustained obsession with the massacre of a Kansas family in In Cold Blood. At one point, when Keefe scrutinises a few thriller novels Bishop had written years ago for clues, you can’t help but admire a preternaturally attentive reporter at work. In another unforgettable moment, he gets Bishop to admit that in the months before she went on a shooting spree, she often broke out in hives worrying about her career prospects.

Half a century ago, when magazine editors regularly sent Capote or VS Naipaul or Joan Didion somewhere far off, literary journalists had a capacious mandate: they could spend, say, a couple of pages recording their own fitful impressions of a new place and recount reams of aimless scenes. By contrast, there is an element of solemn efficiency baked into the enterprise of long-form journalism today. Keefe may travel the world over to unearth facts and investigate allegations, but his fidelity is strictly to the story; anything erratic gets left out. The genre has its formulaic flourishes and Keefe doesn’t always avoid them in this collection. Streets are either “busy” or “quiet”; restaurants always have exotically named “specialties”.

Then there is the nut graph that dutifully surfaces in the opening pages of every new piece, the story striving to impress on you its newsworthiness, which might have been necessary in the magazine version, but feels oppressive years later in a book. But the indiscriminate use of omniscient narration is perhaps the most infectious of Keefe’s offences. At a time when autofictional novelists shy away from the objective third-person voice, for reasons having to do with the innate uncertainty of every authorial narrator, where else but in a big magazine feature would you come across a sentence such as this one from Keefe’s profile of Bourdain? “As he sipped his beer and picked at a platter of delicate spring rolls, he was still fidgeting with exhilaration from the encounter with Obama.”

Keefe can paint complicated portraits of victims and vigilantes alike while covering their lonely pursuit of justice. He intuits why a Dutch woman who has exposed the crimes of her gangster brother might lie about her present whereabouts. He understands why a man who lost his brother in an aeroplane bombing might spend the rest of his life trying to find the culprit. Again and again, Keefe surmises that even the most detailed of investigations can only speculate about human motives. Why did an Indian American portfolio manager refuse to testify against his boss and avoid jail time in an insider trading case? Did Bishop really kill her brother with her father’s shotgun in an accident? These questions are exhaustively explored, but Keefe doesn’t provide any pat answers. He illuminates how in the end we sift through a bulky catalogue of evidence and settle for the most plausible story.