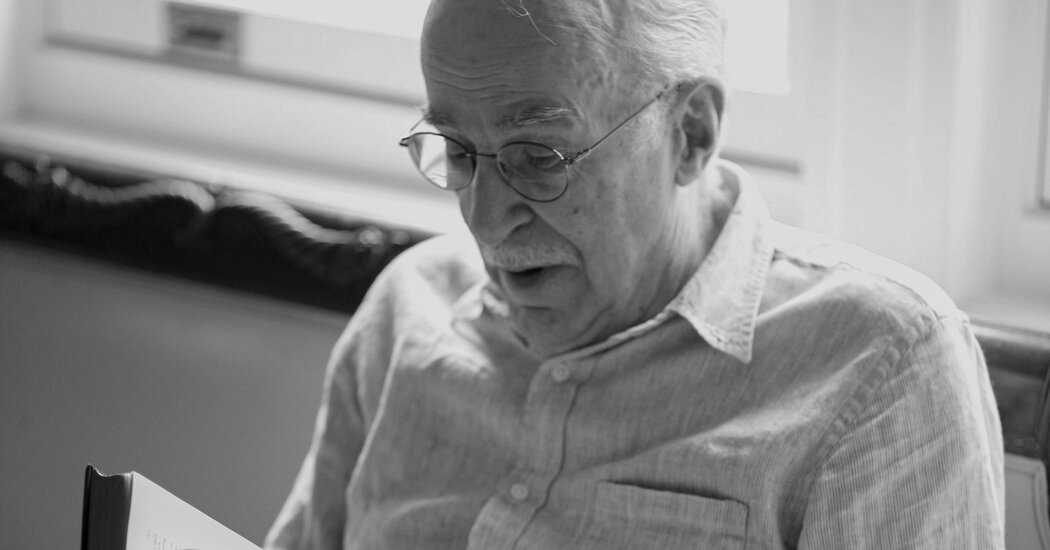 A look back at some of The New Yorker writer and editor’s most beloved books.

Roger Angell, who died at 101 on May 20, 2022, was best known for his books about baseball — most of them essay collections, as clean and sharp as a perfectly batted line drive. But he also wrote humorous articles, parodies and autobiographical pieces, many of which were collected elsewhere. If you want to read some of his work, any of these books would be a fine place to start.

“Finely observed and finely written reportage on Major League Baseball during the past decade,” The Times said in its review. “Page for page, ‘The Summer Game’ contains not only the classiest but also the most resourceful baseball writing I have read.”

As The Times’s review of these baseball essays — which were published in The New Yorker between 1983 and 1987 — notes, “One does not ordinarily encounter such poetry in discussions of home runs and knuckleballs.”

“Mr. Angell makes baseball sound like an art form,” The Times said. “He demonstrates that writing about it is an art form, too.”

“Roger Angell surely had no intentions of writing an essay on defeat, humiliation or grace when he arranged to follow David Cone across the many innings of the 2000 baseball season,” Pete Hamill wrote in The Times’s review.

“The 17 autobiographical chapters of ‘Let Me Finish’ reflect the welcoming sheen of The New Yorker, in whose pages most of them appeared during the past decade or so. It is the perfect book to read with one of Angell’s vodka martinis,” The Times said.