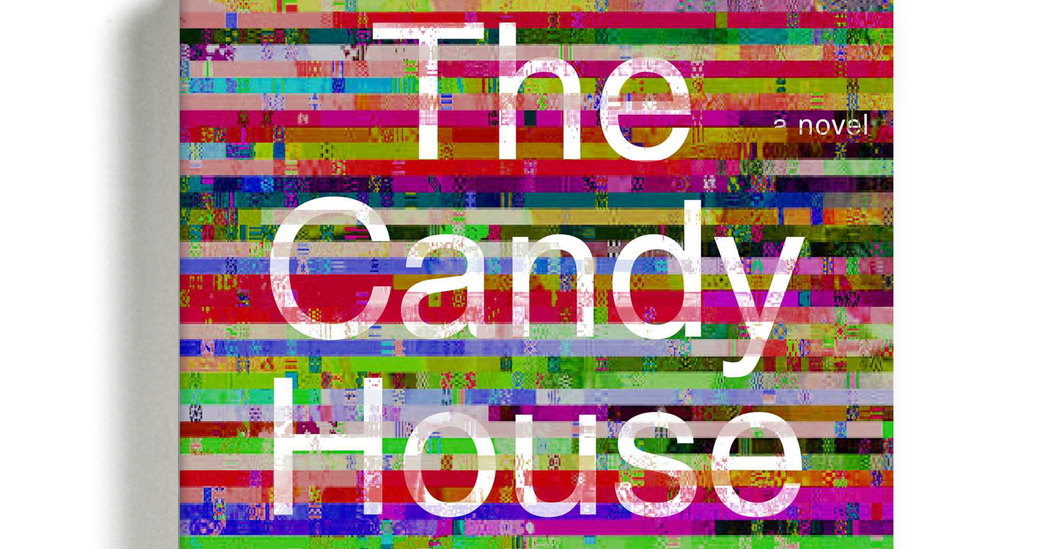 Egan’s “The Candy House,” a sequel to her Pulitzer Prize-winning “A Visit From the Goon Squad,” comes alive in dozens of entwined stories.

Do you have to have a high I.Q. to be a good fiction writer? John Cheever worried about his, which was under 110 — too low to qualify him for the Army’s Officer Candidate School during World War II. Cheever took several I.Q. tests and read a book about how to improve his score, but it remained about the same.

I tend to side with Barry Hannah, who said in his Paris Review interview, “You don’t have to be an intellectual to write, you just have to wonder about things and want to know.” God knows the number of Mensa types who can’t write their way out of a paper bag.

Sometimes, though, you pick up a novel and it makes your skin prickle — not necessarily because it’s a great novel qua novel, which you can’t know until the end, but because of the velocity of its microperceptions. You’ve entered elite head space of one kind or another. Jennifer Egan’s new one, “The Candy House,” is one of these novels. It makes you feel a bit high, drugged, and fitted with V.R. goggles, almost from the start.

“The Candy House” is a sequel to “A Visit From the Goon Squad,” Egan’s Pulitzer Prize-winning 2010 novel. That book tells more than a dozen interrelated stories and absolutely defies neat summarizing. Among its central characters is Bennie Salazar, a flailing record executive, and Sasha, his assistant. The novel is about music, New York’s East Village, magazine journalism, San Francisco in the 1970s, Gen-X nostalgia, the digitalization of everything and the search, in the face of that vitality-sucking digitalization, for forms of authenticity.

You don’t have to have read “Goon Squad” to pick up “The Candy House,” but it helps. Most of the characters are back; many have grown children; all have new, hairy, ingrown problems. All sorts of strings from the earlier book are picked up and braided, twanged or cauterized.

In the almost-middle of this is Bix Bouton, a Mark Zuckerberg-like figure, except that he’s Black, romanticizes the ungentrified East Village of his early adulthood, misses his dreadlocks and is — in certain flickering lights — sympathetic. He’s among the most famous people on the planet, a regular visitor to Obama’s White House.

His company, Mandala, markets a utopian/dystopian product known as Own Your Unconscious, a cube that lets a user upload his or her memories, tap into the memories of others who’ve uploaded theirs and watch them all like movies. Bix developed this implausible device, derived from a sociologist’s algorithms, in part because he missed a friend, one who in “Goon Squad” died after leaping impulsively into the East River.

There are upsides to a collective consciousness. It has “turned up all kinds of repressed brutalities, and thousands of abusers have been convicted based on the evidence of their victims’ externalized memories, viewed as film in courtrooms.” Child pornography has nearly been eradicated.

The Orwellian downsides are plain. Egan’s title comes from Hansel and Gretel and other fairy tales: Never trust a candy house. Bennie Salazar’s son, Chris, leads a nonprofit company that resists Mandala. He’s among the many so-called eluders.

My description thus far makes this sound like a clash-of-civilizations novel, or a techno nail-biter, something out of Neal Stephenson or Stephen King, but it doesn’t read that way: It’s more nubbly. It comes alive in dozens of entwined stories, in connections and convergences, in scenes set at country clubs, on rocky shores in the south of France, in recording studios, in backyards where neighbors fight like children over property lines.

“The Candy House” is a trim 334 pages, but it has a dwarf-star density. Inside, 15 or 20 other novels are trying to climb out. The chapters are short; the tone is aphoristic; the eye for cultural and social detail is Tom Wolfe-like.

This is minimalist maximalism. It’s as if Egan compressed a big 19th-century triple-decker novel onto a flash drive. It moves around in time from 1965 (as viewed in externalized memory) to 2010 to the start of the pandemic. Some scenes push forward as far as 2035.

It’s the children who push this book forward in unanticipated ways. Egan has a gift for combining the outrageous and the plausible without ejecting us from the narrative. Sasha’s son, for example, is a math geek who tries to crowdsource just how attractive his crush might be.

Dolly’s resolute daughter, Lulu, so beautiful she would turn the head of a statue, is selected for an American spy mission (“the new heroism”) in 2032, with a microphone implanted in her ear canal and a data port between her toes. She must seduce and compromise a uniquely sinister bad guy.

“Goon Squad” employed a number of narrative fripperies. One chapter, for example, was told in the form of a PowerPoint presentation. In this novel, one chapter is a series of text exchanges. Lulu’s secret-agent adventure — I was entirely riveted — is related as a series of short, terse directives, as if from headquarters.

These begin earnestly (“Your goal is to become part of his atmosphere”) and grow increasingly dire: “Homes of the violent rich have excellent first-aid cabinets.” Egan doesn’t need these toys, but she is comfortable with them.

I’ve left a lot out: There’s an academic who studies authenticity and cliché; an elite Chicago lawyer brought low by drugs, sliding downward as if on a corkscrew’s spiral, then given a second chance; a man so intolerant of fakery and hungry for real responses that he screams aloud, on public transport, just to gauge reaction; girls whose cryptic mother left them to perform the field work in Brazil that led to the cube. If one of Egan’s characters leaves through a window, she will return through the door.

All this is wound together; nearly everyone is somehow connected. It’s all too much, except that it isn’t.

Egan has a zonking sense of control; she knows where she’s going and the polyphonic effects she wants to achieve, and she achieves them, as if she were writing on a type of MacBook that won’t exist for another decade.

“The Candy House” and “Goon Squad” are touchstone New York City and technology (literary trivia: Egan once dated Steve Jobs) novels of our time; they’ll be printed in one volume someday, I suspect, by the Library of America.

I could argue, I suppose, that this novel’s corners are too sharp, that it lacks a certain heft and drift. The implications of the cube on sex habits, online and off, are oddly omitted. And the ending is tapioca soft.

Always check for your wallet when a writer goes all in, as Egan does here, on the power of storytelling and of fiction. “The Candy House” makes that case simply by existing.