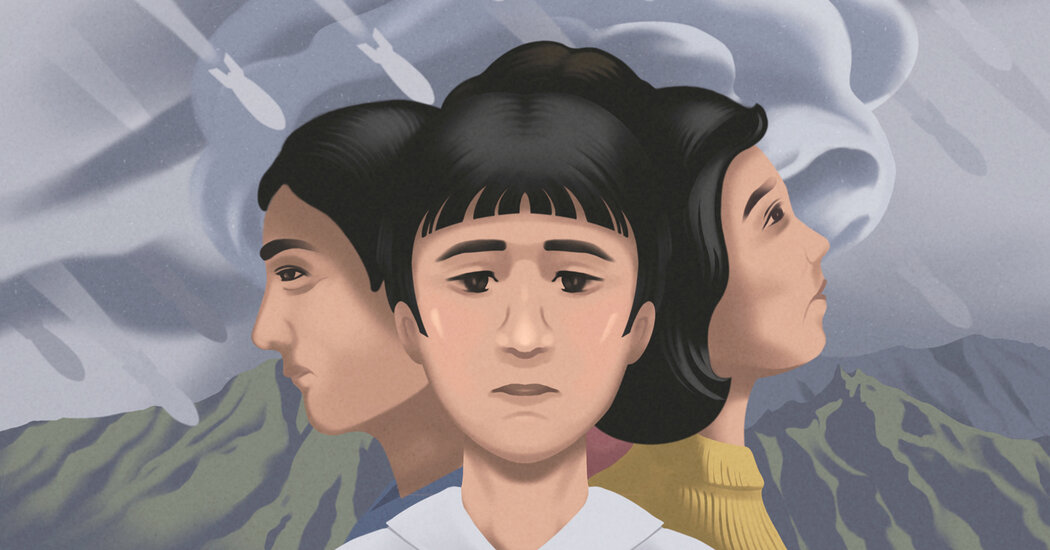 Fallout. It’s a topic at the forefront of our minds these days, what with the threat of warheads in the hands of deranged leaders and the nukes of hate dropped around us daily. Joseph Han’s debut novel, “Nuclear Family,” is also focused on fallout — from war, from family obligation, from all that goes unsaid — and what it takes to move forward after a disaster.

Meet the Cho family, owners of Cho’s Delicatessen 1, 2 and 3. Yes, three thriving Korean delis in Honolulu! All thanks to Appa and Umma, and their children, Grace and Jacob. And thanks to Guy Fieri, who once visited (but “didn’t even pay for his food”), catapulting the restaurants to local fame.

Maintaining a deli dynasty isn’t easy, but life for the Chos has been pretty good. Still, when Jacob decides to go to South Korea to teach English, his parents are elated because it means he’ll reconnect with his roots and return with a renewed sense of purpose. Unbeknown to them, he also leaves to escape his own secrets. But once there, Jacob becomes possessed by the spirit of his grandfather — who died in a South Korean parking garage and yearns to reconnect with the family he abandoned in North Korea — and attempts to cross the DMZ, setting off a multicontinent, multigenerational meltdown.

Jacob’s stunt soon impacts his family’s restaurant dynasty in Hawaii. Regulars stop patronizing the Chos’ delis. The previously carefree Appa, who would “sweep the floor and shake his hips while singing,” obsesses over restoring his family’s reputation. Umma becomes alienated from her daughter. And Grace loses herself in bong rips the size of mushroom clouds.

You’d have to visit Cirque du Soleil to see someone juggle as much as Han with such effortless dexterity and tenderness. Generational trauma, the American dream, the consequences of conquest. And his prose is rhythmic and hypnotic; it captivates from the very first page and gracefully conveys the loss and the longing the family experiences. Coupled with this are frequent, butter-smooth shifts in perspective, allowing us to occupy a multitude of hearts and minds with such intimacy as to feel almost intrusive.

The quiet beauty of Han’s work is also contained in his characters — the Chos and their relatives, naturalized and native Hawaiians. Han’s characters are entirely familiar — even if you’ve never traveled to Hawaii or South Korea, tasted mandoo or loco moco, or spoken pidgin or Korean — and you want them to succeed and find peace, together. It’s hard to read “Nuclear Family” and not be inspired to mend torn relationships. To listen. To speak. Because this is a novel about how pain can be wrought from silence. The echoes of what we don’t say can reverberate loudly.

History, too, is ever-present in the novel; it’s practically another character full of blood, guts and violence. We bear witness to the palpable effects of war, colonization and savior complexes. While Han’s characters articulate their frustrations with crushing accuracy, sometimes it feels as though it is Han himself speaking to us, rather than his characters, but this never strays into the realm of distracting preachiness.

Han never ceases to surprise. Once you get used to his prose, he breaks form, redacting paragraphs, building towers out of words only to topple them pages later. And his comedic timing is always punctual, full of cackle-inducing humor when we need it most. There’s a specific weed-filled scene toward the end where … well, I won’t ruin it, but it’s extremely funny and cathartic.

“Nuclear Family” illustrates that if we’re lucky, on the other side of calamity is family, which is not an abstract noun tossed from one generation to another, but a verb defined by the action, motion and work required to survive anything, even fallout.