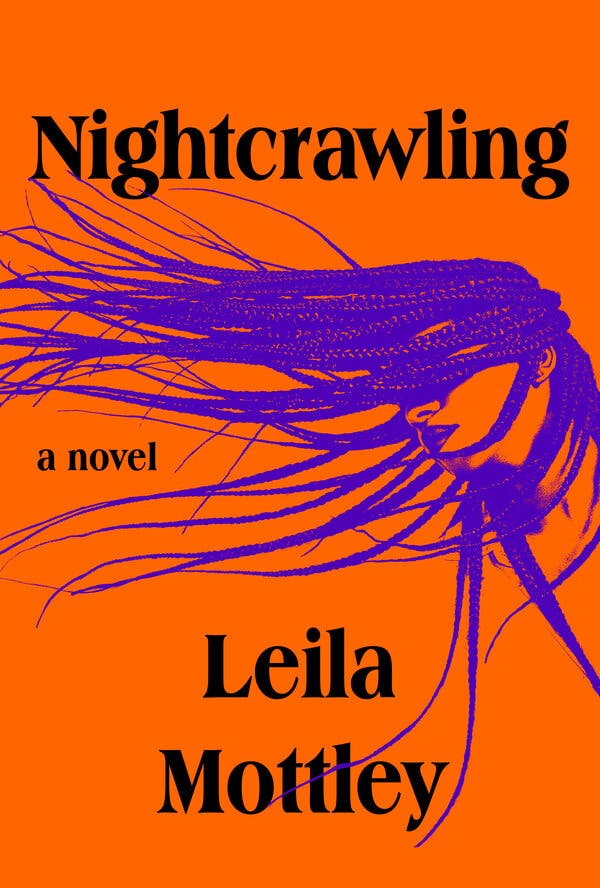 To the long list of literary metaphors for youth’s disillusionment, Leila Mottley has added a swimming pool filled with dog poop. A crack addict’s vengeful ex gathered the feces from the dumpsters of East Oakland, Calif., and scattered them in the pool of the Regal-Hi apartment complex, which nobody ever swims in or cleans. For Kiara, a Regal-Hi resident and the teenage narrator of Mottley’s empathetic debut, “Nightcrawling,” this contaminated water is a daily reminder of the havoc this city has wreaked on her young life, and on the only place she’s ever called home.

It’s 2015 and Kiara is months behind on her increasing rent, “begging for shifts at the liquor store and counting the number of crackers left in the cupboard.” Meanwhile, money and power are bleeding across the Bay Bridge into downtown Oakland, where tech offices and Ubers and yoga studios and cafes and bartenders with all the same tattoos proliferate. The Temescal neighborhood “boasts its pistachio ice cream like they aren’t settling the land and calling it entrepreneurship.” There are no jobs here for Kiara, who was raised in these streets and in the dealers’ apartments that used to fill them, who uses the yellow pages to find a job because she can’t afford a smartphone or internet.

Not that she has much time to sweat the big-picture stuff around her: gentrification, the impending presidential election, the protesters shouting Freddie Gray’s name outside an Oakland precinct. There is too much responsibility on Kiara’s 17-year-old shoulders: She’s single-handedly supporting both herself and her crack-addicted neighbor’s son, Trevor, whom she’s known since the day he was born. At 9, he has become less a brother to her than a son.

The boy is Kiara’s chosen family in the absence of her own flesh and blood. Her father, a former Black Panther, died of prostate cancer after he got out of San Quentin. “Mama blamed the prison for Daddy’s death,” Kiara says, “which meant she blamed the streets.” Soon Mama is gone too: in prison after drowning Kiara’s baby sister in the same Regal-Hi pool, then trying, and failing, to kill herself, too.

Kiara saves perhaps her greatest disappointment for her older brother, Marcus, who refuses to get a job to provide for them both because he’s too busy trying to become a famous rapper instead. Since she’s underage and has no diploma, the only work she can find is in those same streets that killed her Daddy. A downward spiral of last resorts leaves her at the center of a sex-trafficking ring where the johns are the Oakland police.

Mottley writes about Kiara’s serial abuse frankly, without blinking: the feel of callused fingers on her bare skin; of a gun barrel “cold and threatening above my eye” as she’s being entered; of the “jerk in the socket above my stomach” when the cops summon her again and again, to take their turns with her. She prefers when one “presses harder” because “I just don’t like the feeling of him trying to restrain himself. Only thing worse than a man untamed is a man on the edge of it.”

The thing about some trauma plots is that even the grisliest ones can, unfortunately, be true. In an author’s note at the end of the novel, Mottley cites a 2015 court case in which the Oakland Police Department was accused of sexually exploiting a teenager and trying to cover it up. Kiara’s story is pure fiction, Mottley says, but her circumstances are disturbingly, statistically real.

Mottley writes with a lyrical abandon that reminds us she was once Oakland’s youth poet laureate. Some similes (a woman’s “cheekbones bob like apples in her hollow skin”; a body in labor is “gaping like the pocket of sky before the rain starts to pound”) land better than others (drowning is “kind of like your body overflowing with itself”; the cold air off the bay “like 7-Eleven slushies in the winter”). A confusingly underdeveloped romance between Kiara and her best friend, Alé, who “moves kinda like the Hulk” and mesmerizes Kiara by rolling a joint, feels unearned when it finally comes to fruition. But beneath this gratuitous embroidery, there’s a desperation — a reaching, through language, for some kind of salvation — a counterpoint to the carelessness with which the protagonist wields her body.

After Marcus lands in jail, Kiara is conveniently connected with a pro bono lawyer, Marsha, who wants her to testify against the police before a grand jury and make a deal to get her brother out. Marsha is a blond woman who wears cat-print shirts and avoids carbs and tells Kiara to stop cussing. “Marsha done looked up ‘how to be your best self’ and found some Cosmo article about actualization,” Kiara cracks, skeptical of her white savior. But her resentment softens into something like trust as Marsha does for her what no other guardian ever has: She continues to show up.

In a novel about sex work and displacement, there is somehow less pathos in all the moments of graphic violence combined than there is in a single, gutting passage of profound love. When Kiara is inevitably separated from Trevor — when she packs his few belongings into the knockoff Warriors backpack she bought him for his birthday; when she reluctantly peels his arms from her waist “like untying a knot”; when she carries him to the social worker “like you carry a small child to bed after they fall asleep on the bus” — we feel the final rupturing of Kiara’s childhood. She has survived brutal grief, poverty and sexual assault, but “this must be the hardest thing I’ve done,” she thinks: “being the adult for him.”

When Trevor too is gone, just like when Daddy and Mama and Marcus left the Regal-Hi before him, life doesn’t miss a beat. There’s still the trial, the grand jury, the filthy pool, the men, the bay, the disappointments. “Everything is moving, quick and relentless,” Kiara observes. “Like the city don’t know it should be stopping, should be kneeling, grieving for Trevor.”

Lauren Christensen is an editor at the Book Review.