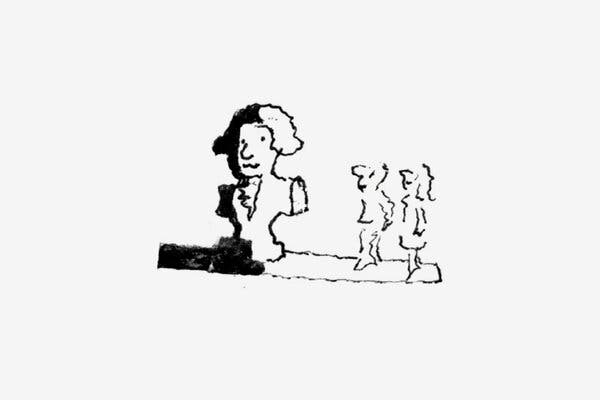 The word “slavery” is never directly stated in this rumination on the legacy of Thomas Jefferson.

In this poem, the speaker ruminates on the legacy of Thomas Jefferson via a real or imagined tour of Monticello, Jefferson’s residence and plantation in Charlottesville, Va. Notably, the word “slavery” is never directly stated, perhaps as a way to mirror the silence that often surrounds the more shrouded aspects of Jefferson’s legacy. The poem begins in the third person and within the unsaid: “What they never say is: Mr. Jefferson’s still/building,” bringing Jefferson’s ghostly presence into modern times. But in the 10th line, the poem deftly switches to the second person: “You know the room/you were born in? It’s part of the tour,” implicating not only Jefferson’s legacy but also the figurative Monticello in which we live today. Selected by Victoria Chang

What they never say is: Mr. Jefferson’s still
building. He’s just using clear bricks now
for his turrets & halls, for the balconies
rounding his palace in transparent loops
of dug air. After death, it’s so easy
to work. No one sees him go out
from the Residence, his gloves full
of quiet mortar. Mr. Jefferson’s coat is narrow
as daybreak. His long sleeves drag in the muck
as he minces his turf. You know the room
you were born in? It’s part of the tour. Hundreds
of rooms unfolding for miles, orchards alive
in the parlor. Remember that gold chair you loved,
the one with a face like a lion, especially
in late winter, when Mother sat with you
in her pink gown, humming? As it happens
Mr. Jefferson built you that lion. He drew
your time in prudent proportions. You have one
job: to fit the design he keeps spinning.
Your whole life is laced through a ring
of similar finds. Look, it’s all mothers
in pink gowns, humming.

Victoria Chang is a poet whose fifth book of poems, “Obit” (Copper Canyon Press, 2020), was named a New York Times Notable Book and a Time Must-Read. Her book of nonfiction, “Dear Memory: Letters on Writing, Silence and Grief,” was published by Milkweed Editions in 2021. She lives in Los Angeles and teaches in Antioch University’s M.F.A. program. Kiki Petrosino is an American poet whose latest poetry collection is “White Blood: A Lyric of Virginia” (Sarabande Books, 2020), from which this poem is taken. She directs the Creative Writing Program at the University of Virginia.