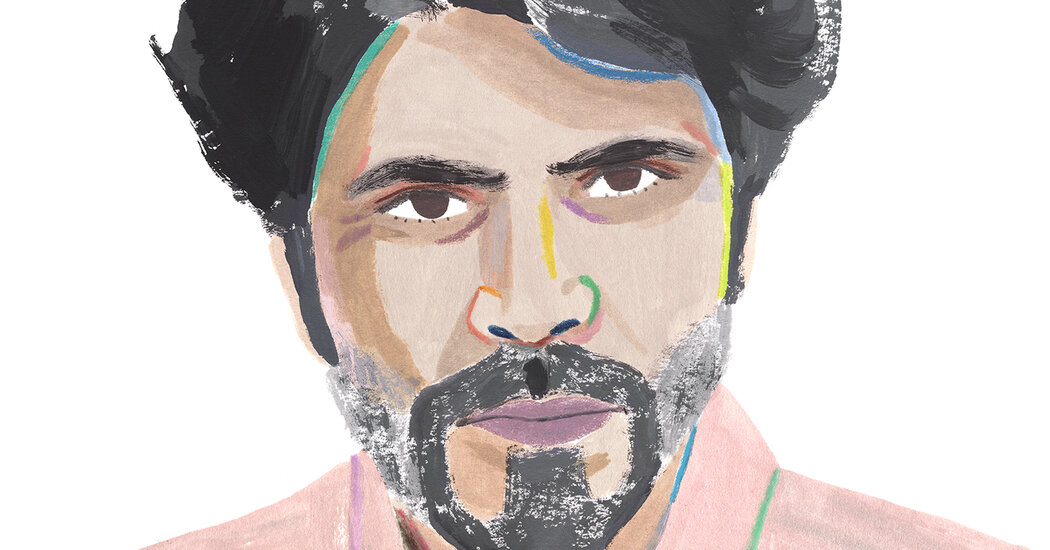 “This terrible and occasionally illegible prose never quite overcomes the reader’s trust in Faulkner’s profound creative power,” says the essayist and novelist Pankaj Mishra, whose new novel is “Run and Hide.”

I am learning Spanish, so the bedside pile consists almost entirely of books I previously enjoyed in English translation and now wish to read, absurdly ambitiously, in the original: poems by Borges and Alejandra Pizarnik, and novels by Antonio Muñoz Molina, Rafael Chirbes and Almudena Grandes. I am actually making some progress with the graphic novel version of Ian Gibson’s biography of Federico García Lorca. I also have Eliot Weinberger’s “Angels & Saints” and the recently translated novel “The Last and the First,” by Nina Berberova.

“July’s People,” by Nadine Gordimer. It imagines, with coruscating insight, middle-class white liberals at the mercy of their Black servant during an insurrection against a white supremacist regime.

Yes, during the lockdown, I read some of the novels of Émile Zola in the Rougon-Macquart cycle in the new translations published by Oxford University Press. I had assumed, ignorantly, that I didn’t have to read him, such was Zola’s reputation as an artist inferior to Flaubert and Maupassant. I was enthralled by his vividly realized settings — from Parisian department stores to railway towns — and gaudy characters. I was particularly surprised by his fiction’s intense awareness of the brutal — and, it now seems, politically fateful — French imperial venture in North Africa.

Yes, many pages in Faulkner’s most celebrated novels are atrociously written. But this terrible and occasionally illegible prose never quite overcomes the reader’s trust in Faulkner’s profound creative power. Theodore Dreiser is another example of a writer redeemed from stylistic bankruptcy by his enormous imaginative capital. And the early Bellow’s passion and intelligence always take you by the hand as you wade through the soupy parts of “The Adventures of Augie March.” On the other hand, you have Nabokov’s “Ada,” a massive, strenuously written novel, often beautiful but ultimately meretricious. Some novels by Nabokov’s pupils also come to mind.

Mercè Rodoreda’s “In Diamond Square.” Gabriel García Márquez wrote admiringly about her novels, and claimed to have read this one several times. It has been available in English translation for decades now. But hardly any reader in English I know has heard of it.

“Animal Farm.” Its lack of literary vigor becomes too evident after the age of 21.

I often wonder, when I reread them, about the extremely partial way in which I first read books such as “Anna Karenina” — or, indeed, if I read them at all. The products of much inner conflict, and emotional and spiritual maturity, they demand, constantly, a deeper engagement than I was capable of in my 20s and 30s. Certainly, Flaubert’s “Sentimental Education,” the classic novel of romantic and political disillusion that I first read or failed to read in my teens, begins to make sense only as you cross over into middle age.

Too numerous to list here; I’ll mention those who remain relatively (and unfairly) obscure due to their remoteness from the metropolitan networks of publishing and publicity. Among novelists and short-story writers: Michelle de Kretser, Anuradha Roy, Gail Jones, Ivan Vladislavic and Vinod Kumar Shukla. I have benefited for decades now from the work of the poet, translator and anthologist Arvind Krishna Mehrotra. The literary critics and essayists James Ley, Delia Falconer, Maria Tumarkin and Amit Chaudhuri never cease to surprise. The great Indonesian playwright Goenawan Mohamed is also a resourceful cultural commentator; the columnist Mukul Kesavan writes bracingly on the conjunctures of art, popular culture and politics.

Yes, the romans durs of Georges Simenon. I am not persuaded by the claims made for him — that he authored literature of the highest order — but few writers set scenery and create atmosphere as briskly as he did.

What writers are especially good on class issues, in fiction or nonfiction?

The great realist writers of the 19th century — Stendhal, Balzac, Dickens, Maupassant, Zola and Dostoyevsky — made the subject central to modern literature. This preoccupation with inequality and its psychological damage lingered among American writers of the first half of the 20th century. Rereading recently the Snopes and Studs Lonigan trilogies, I was struck by their insight into the emotional debility and ruthlessness of socially mobile men. Weirdly, class antagonisms faded from contemporary fiction even as they became politically explosive in most democratic societies around the world. Among the exceptions are Elizabeth Strout’s fictions and the unplaceable work of Annie Ernaux. Of course, it would be a mistake to suppose that social disparity is explored best through the experiences of the working classes or the lower-middle classes. The extreme class consciousness of characters in Proust or, for that matter, in Evelyn Waugh and Louis Auchincloss also tells us a great deal about the inner lives deformed by rigidly hierarchical societies.

Amitav Ghosh’s “The Nutmeg’s Curse” is an illuminating book by any measure on the historical roots of the climate emergency today. I was particularly struck by its account of the critique by Indigenous peoples of settler-colonialism.

I feel a massive gap has opened up in our imagination about life in the remote provinces and rural regions — coincidentally, also the places that have become politically so consequential. I recently finished reading “The Gray Notebook,” by Josep Pla, translated from the Catalan by Peter Bush. It is a hypnotic record of the author’s life in the Catalan provinces and Barcelona in the first half of the 20th century, and I found myself wishing this very long book to go on forever.

A selection of Chekhov’s stories in a hardback printed in the former Soviet Union. I was overwhelmed by them. I hadn’t really known what to expect — I was 16 years old then — but after decades of reading fiction I have not lost the unprovable conviction that only Chekhov somehow managed to describe life, as it really is, uncompromised by the artifices of literary creation.

Shruti Kapila’s “Violent Fraternity: Indian Political Thought in the Global Age.” I have read some previously published material in it — enough to know that the book embodies the fresh and bold scholarship that is redrawing the intellectual map of the world.