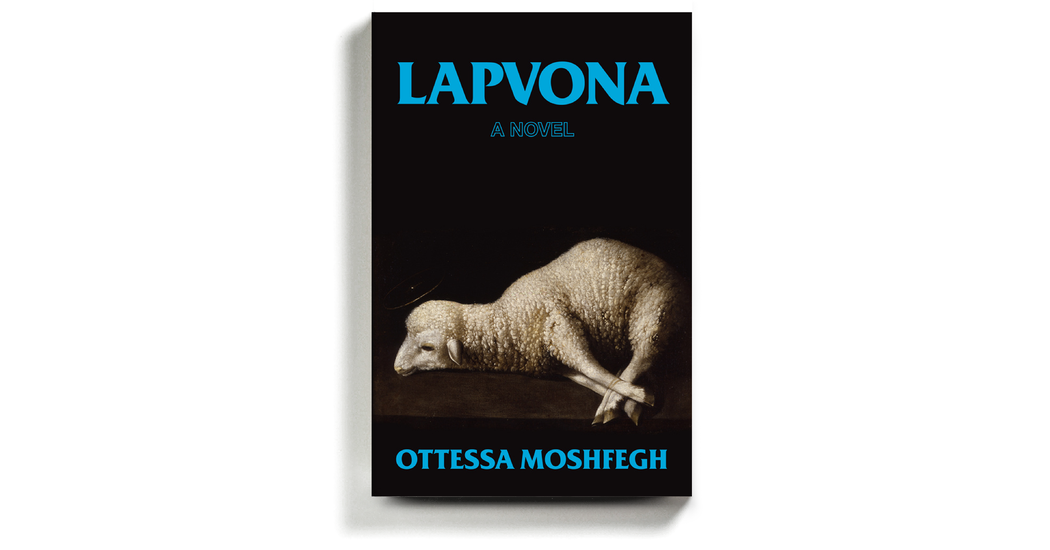 Moshfegh’s latest novel, which takes place in a fictional medieval village, fixates on ugliness and pain.

Ottessa Moshfegh has a glittering intellect and an unquenchable dark turn of mind. Only the latter is on display in “Lapvona,” her fourth novel. It’s a pungent book but a flat one, narrow in its emotional range, a bleak, meandering and muddy-soled mix of fairy tale and folk horror.

“Lapvona” is set in a fictional medieval village in what seems to be Eastern Europe. The primary character is Marek, a uniquely homely and ill-favored young man. (He is only 13, but children grow up fast in Lapvona.) Marek has a twisted spine, a veiny and misshapen head and a bulbous nose; his lips resemble fish lips; his chin is a “stub” and his wide and thin tongue a strip of cloth. His hair is so red it’s “a joke color.”

For his appearance he can thank his mother, Agata, who tried vigorously to abort him, stuffing toxic herbs between her legs, leaping from trees and tasking someone with trying to claw at the fetus.

Earlier, she was raped and had her tongue cut out. Jude, Marek’s apparent father, is a lamb-herder who kept Agata tied down and also raped her. She wisely runs away after childbirth; Marek is told she is dead.

Atrocities pile up. It’s easy to lose the thread. “The bandits came again on Easter,” this novel begins. “This time they slaughtered two men, three women and two small children.” It’s especially easy for concentration to wander because no one is quite who they seem to be, and because little that occurs has much in the way of resonance. I’m peeking at my notes to write this because it all blurred in my mind.

Jude, who like all Lapvonians is illiterate, beats Marek and throw shovels at him and knocks out his teeth. Marek enjoys these beatings; he believes they bring him closer to God. So does self-flagellation, which Jude and Marek ecstatically perform.

Up on a hill, looking down at the poor Lapvonians, is Villiam, a cruel and imbecile lord who lives in a landed estate and visits wickedness on the populace to keep them in place. Through a plot contrivance, Marek comes to live with Villiam. He gets his own servant, who uses her fingernail daily to scrape the white scum from the teeth he has left.

The scum is a uniquely Moshfeghian detail. She is an American writer of Croatian and Iranian descent, born in 1981, who flies low over human bodies, like a pilot more enamored of strip mines than lakes, taking note of things like pus, acne, scarring and vomit.

Reviewing what I think are her two most realized books — the story collection “Homesick for Another World” (2017) and the novel “My Year of Rest and Relaxation” (2018) — I’ve compared her to Flannery O’Connor, Harry Crews, Katherine Dunn and Diane Arbus in her interest in quasi-freaks and outsiders.

She taps into what Stanley Elkin called “the range of the strange.” As in the Stevie Nicks-Tom Petty song, someone’s always about to make a meal of some bright-eyed kid.

Another point of reference is the Marquis de Sade, who found ugliness more compelling than beauty and located pleasure in pain. “The time has come, friendly reader, for you to prepare your heart and mind for the most impure tale ever written,” de Sade wrote in “The 120 Days of Sodom.” That sounds Moshfeghy to me.

“Lapvona” is vigorously if bluntly written. The sentences seem to have been composed in lead type and locked into a letterpress. What’s gone missing is Moshfegh’s destroying wit.

A reader might look to interpret this novel allegorically. “Lapvona” to some degree presages the prejudice that led to the Holocaust. People from the north are considered tall, strong and clean, while Lapvonians are viewed as dark-haired and dirty. Villiam, the lord, can resemble Donald Trump. A drought that nearly wipes out the town is evocative of both Covid and global warming. An unlikely Christ-like child appears on the horizon. Yet the novel lacks an attitude, a stance toward this material.

I’ve left out two crucial characters. One is Ina, a blind and aged wet nurse who lived in a cave for decades. (A lot of attention is paid to leaking breasts in this novel.) Ina becomes an unlikely inspirer of lust, and she gets off what I’m pretty sure is this novel’s only funny line. When asked if she wants to go to heaven, she deadpans: “It doesn’t matter. I won’t know anyone.” Ina smokes pot out of a pipe that might have previously been someone’s forearm.

The other is Lispeth, the young servant who takes care of Marek. She’s an imp, a grump, a hairy soul. She is regularly degraded. In one scene, to entertain the lord, she’s forced to swallow a grape that Marek has been ordered to rub on his anus. She gets revenge by routinely spitting in Villiam’s soup.

No one tattoos the page with food horror quite like Moshfegh. There’s cannibalism in this novel; one character regurgitates a pinkie toe with its little nail sticking out. Ingesting dead spiders revives one hungry woman. Flies are on everything; potatoes are buggy. Vomiting is a constant reflex.

Moshfegh is one of the most interesting writers alive, but “Lapvona” is a gloomy, punishing and curiously flavorless banquet.