‘Look What You’ve Turned Us Into’: The Roots of Women’s Shame – The New York Times 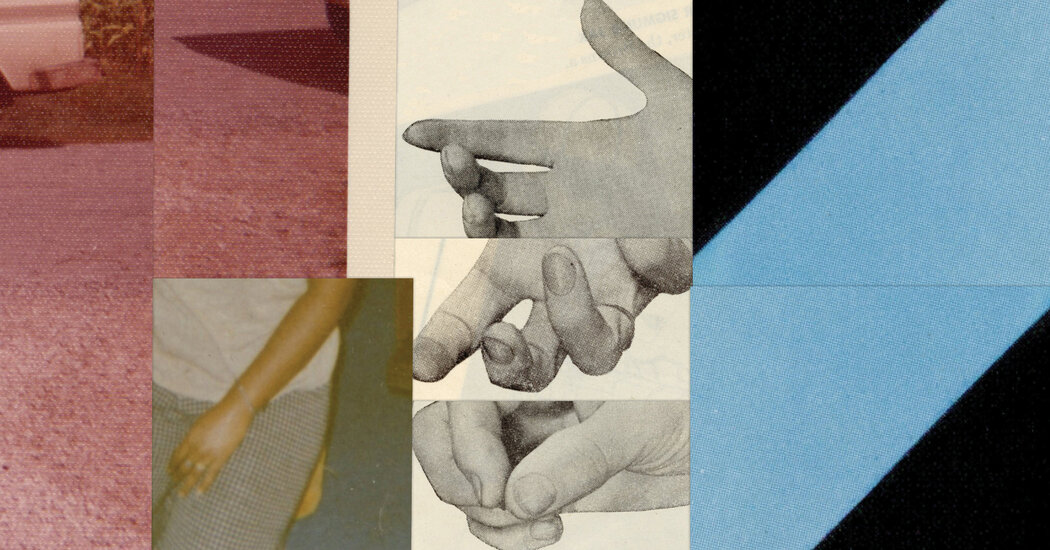 By age 11, Sara Kruzan had endured terrible abuse. Her mother was violent and used racist slurs against her (Kruzan’s mother is white, her father Black). She was first molested at 5, by her mother’s friend. Kindness from adults was rare. So, when a man in a red Mustang offered her ice cream one day, she accepted, hoping he’d save her. As she writes in I CRIED TO DREAM AGAIN: Trafficking, Murder, and Deliverance: A Memoir (200 pp., Pantheon, $27), instead that man — whom she calls G.G. — groomed, raped and trafficked her for sex for years. At 16, manipulated once more by her abusive teenage boyfriend, Kruzan shot G.G. in the back of the head, killing him.

The police, the district attorney and the judge on her case were all unsympathetic to Kruzan’s trauma. During her trial, evidence against her abusers, including G.G., was disallowed, and she felt powerless to defend herself. Before she turned 18, she was sentenced to life in prison without the possibility of parole.

Kruzan’s memoir, written with the author and playwright Thomas, is a cogent and moving firsthand account of how systems fail to protect some of the most vulnerable among us. In a poignant chapter, Kruzan describes several suicide attempts. At the hospital, she’d tell social workers that her mother hated her. But still her mother “would walk into the hospital room, a poor woman but white nonetheless, and for that reason they would accord her grudging respect.”

Kruzan’s narration of harrowing events is forthright, but her compassion and resourcefulness shine through. About prison, she says: “To survive as a teenager among adults, I had to be ever vigilant. … All the same, I made sure never to forget that everyone there was as traumatized as I was and, in some cases, more so.” In a stirring scene, she rallies her prison bunkmates to lay out their frayed towels, close their eyes and imagine themselves at the beach. In another, she forgives, and even comforts, a man who had sexually violated her when she was 12.

The chapters about Kruzan’s fight for freedom — aided by tireless activists and lawyers she meets following a highly publicized interview with Human Rights Watch — are both hopeful and sobering. After two decades in prison, she was released; but how many child trafficking survivors remain behind bars?

The journalist and radio producer Stephanie Foo’s absorbing memoir, WHAT MY BONES KNOW: A Memoir of Healing From Complex Trauma (329 pp., Ballantine, $28), also recounts an abusive childhood. Her mother whipped her, threw her down stairs and threatened her with a cleaver. Her father “was a fan of car terrorism.” He’d speed through red lights, singing, “It’s time for both of us to die.” Foo struggled to keep her family together, intervening in her parents’ fights and begging her suicidal mother not to kill herself; but they divorced when she was a teenager, and both ultimately abandoned her.

Foo raised herself and became professionally successful, but she was wracked with self-loathing and constant dread. At 30, she was diagnosed with complex PTSD, a condition caused by continual trauma. Learning about her illness was, at first, a dehumanizing experience: “I am the common denominator in the tragedies of my life,” Foo writes. “I am a textbook case of mental illness.” What follows is a reckoning, and Foo approaches it with candor and rigor.

Toward understanding, she interviews psychiatrists and neuroscientists. She returns to her California hometown, San Jose, to speak to former classmates and teachers about the parental abuse she remembers as being rampant in her diverse immigrant community. Foo, whose parents are Malaysian, proposes that this abuse is the shadow side of the “model minority” stereotype: “I am a product of place,” she writes. “All of us are victims of a dysfunctional community that was very good at throttling itself while murmuring: ‘Smile through your tears. Swallow your pain.’”

Toward healing, Foo quits her stressful job at “This American Life” and tries everything from eye-movement therapy, or E.M.D.R., to yin yoga, acupuncture, breathwork, sound baths, gratitude and hallucinogens. Some chapters feel overstuffed with summarized therapeutic activities. But there are also many profoundly affecting moments such as when, during an E.M.D.R. session, Foo tells her child-self, “Just remember that eventually you will be loved, I promise.” And she will be. In the book’s final section, we see Foo get married, surrounded by her chosen family, “flawed and still growing but full of light nonetheless.”

In the essay collection YOU’VE CHANGED: Fake Accents, Feminism, and Other Comedies From Myanmar (214 pp., Catapult, $26), Pyae Moe Thet War reflects on the historical, political and social forces that have affected her feelings about her native country, culture, language, body and more.

Across two essays she lucidly examines her fraught relationship with her own name. “Myanmar families typically don’t have shared last names,” she writes, “and we never have middle names,” a reality that confuses many Westerners. Her legal name, Moe Thet War, is one whole name, not meant to be divided into parts. But people close to her call her Pyae Pyae, a name many foreigners struggle to say correctly — first at the international school she attends in Myanmar’s then-capital of Yangon, then at college in the United States and graduate school in England. As a student, she considers using a Western nickname, and realizes that she has unwittingly begun to mispronounce Pyae Pyae herself in order to “cater to my white teachers,” offering an intimate and powerful example of how postcolonialism and globalization fracture identities.

Several other essays cannily use food as a lens through which to explore racism, body-shaming and societal expectations based on nationality. Is the author’s passion for Western baking the result of internalized racism? Should she be ashamed of not knowing how to whip up curries like her grandmother? How can she reconcile the fact that “to be Myanmar means to love rice” with the scrutiny and criticism she endures for eating too much of it? “Women are consistently accused of being hangry,” she writes wryly, “but of course we get hangry. Look what you’ve turned us into.”

Some essays end too neatly. A contemplation of how cultural and family pressures, immigration policy and love of home doomed a long-distance relationship closes with: “We just couldn’t get our paperwork in order.” But these are only minor detractions from the lovely complexity of a fresh and insightful debut.

Nadia Owusu is the author of “Aftershocks.”