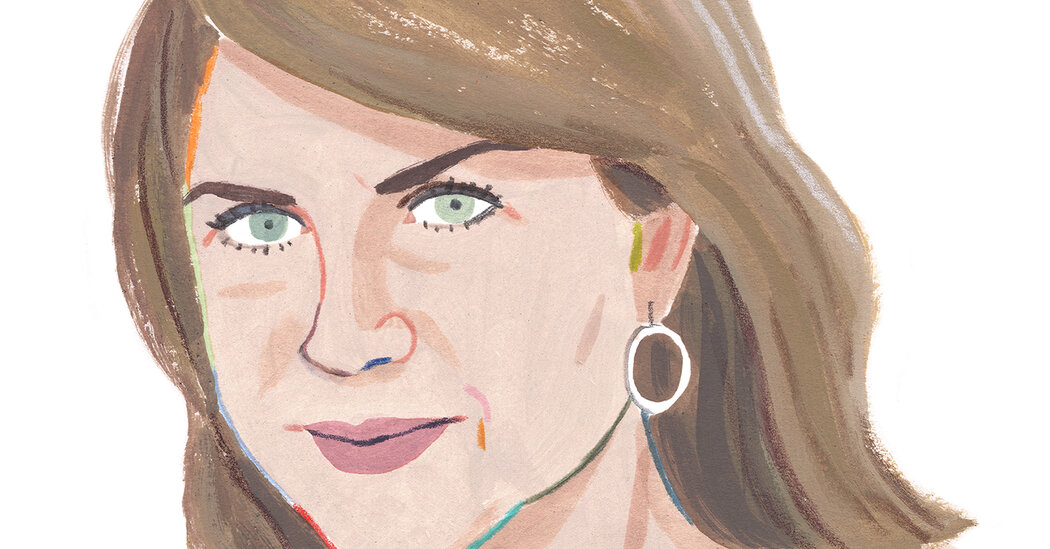 “Witty dialogue, great characters, steamy sex,” says the novelist Lisa Gardner, whose latest thriller is “One Step Too Far”: “What’s not to like?”

“Razorblade Tears,” by S. A. Cosby, and Gregg Hurwitz’s new Orphan X thriller, “Dark Horse.” Cosby is a new author for me who, given all the buzz, I can’t wait to discover. Hurwitz is one of my must-reads. I like to switch up between fresh voices and fan favorites.

“Iron Widow,” by Xiran Jay Zhao, a Y.A. title I technically bought as a Christmas gift for my daughter, then couldn’t resist reading before wrapping. Umm, oops? Except I really loved it and stayed up till 3 a.m. to finish. Now my daughter is under orders to read it immediately because I’m desperate to talk about the story. Welcome to Christmas in our house.

Curled up on my sofa, with a fire crackling in the fireplace, blanket on my lap, and two dogs snuggled up for additional warmth. Then I have the entire day to crack open a long-awaited novel and read from beginning to end. I currently have Kristin Hannah’s “The Four Winds” set aside for such a luxurious experience.

One of the huge perks of being a New York Times best-selling author is being sent copies by debut authors to review and (hopefully) recommend. Receiving so many books, I have a system of flipping through the first chapter to see if the novel will grab my interest. Many are nice, some intriguing and then there are the explosive few that rock my world. As in, an hour later, I’m still standing in the middle of my entryway reading. Chevy Stevens’s “Still Missing,” Riley Sager’s “Final Girls” and Karen Dionne’s “The Marsh King’s Daughter” all stopped me in my tracks. In the past year, I’ve had the pleasure of discovering “Never Saw Me Coming,” by Vera Kurian (a female psychopath goes to college), and “The Family Tree,” by Steph Mullin and Nicole Mabry (good news, you’re related to a serial killer). For a true reader, there’s nothing like the joy of discovering a new author, so get out there and pick up some debuts!

Oh my, that’s quite a list. Stephen King, Ken Follett, Nora Roberts, Amanda Gorman, Lin-Manuel Miranda, Shonda Rhimes. I’m drawn to the range of their work, the height of their creativity and the depth of their words.

What book, if any, most influenced your decision to become a writer?

“The Far Pavilions,” by M. M. Kaye. I read the historical saga for the first time when I was 12 and was totally transfixed. That kind of narrative power, the ability to transport a young girl from boring suburbia to 19th-century India, left me awed. I thought, Someday, I want to be able to do this!

I know some authors say they can’t read novels while they’re working on their own, but I’m not one of them. I read anything at any time. While researching a novel, I may read more nonfiction on various topics, including true crime (love Ann Rule and Gregg Olsen). Otherwise, my only real quirk is that I like to switch up genres. For example, after reading a bunch of thrillers in a row, I might then read some historicals or women’s fiction titles, then maybe fantasy or Y.A. To me, books are like ice cream and you always want ice cream, it’s just a question of which flavor you’re craving at the moment.

Jon Billman’s “The Cold Vanish,” which delves into the approximately 1,600 people missing on national public lands and the lack of dedicated resources for finding them, shocked and terrified me. I’m an avid hiker, so the real-life stories of everything that can, and has, gone wrong struck close to home. Things that scare me eventually wind up in my novels. Hence my January thriller, “One Step Too Far,” which features the missing persons expert Frankie Elkin heading into a remote wilderness area as part of a search team. Bad things happen from there. I think of the book as “And Then There Were None” goes hiking. Thank you Jon Billman and Agatha Christie.

I read for character, character and character. I’m looking to see the world through someone else’s eyes and in doing so, having my own eyes opened to fresh experiences, issues and ideas. So the what, where and when aren’t nearly as important to me as the who when it comes to picking novels.

Who’s your favorite fictional detective? And the best villain?

I love Sherry Thomas’s Lady Sherlock series, where the acclaimed detective Sherlock Holmes is actually a front for the very female, very brilliant Charlotte Holmes, who must solve crimes while battling the sexist mores of Victorian-era England. Best villain for me will always be Thomas Harris’s Hannibal Lecter. Not sure anyone will ever top that, though Anne Rice’s Lestat would be my second pick. I feel like we’re going through this phase of trying to make villains relatable by explaining their actions through some terribly tragic back story. Let’s just say, Lecter and Lestat are not looking to be understood. They glory in their violent nature. To me, that’s what makes them compelling, as some small part of each of us wishes we could just let go, and be who we truly are. Not that we’re all secretly vicious killers, but you get my point. There’s a certain triumph in being unapologetically yourself, and Lecter and Lestat are unapologetically themselves. Which is why, I think, decades later readers remain fascinated by them.

What makes for a good thriller?

The best thrillers excel at combining compelling characters with breakneck pacing. You’re heavily invested in the main characters while abandoning all household chores, missing your subway stop and staying up way too late as you race from chapter to chapter to find out what happens next. When readers tell me they ignored their children and showed up late to work just to finish one of my novels, I feel good about myself.

By author. Is that boring? Though I suppose that applies to the books in my library. Like any good reader, I have TBR piles all around my house. Those are organized in the order I plan on reading them. Except, of course, new books keep appearing, meaning no matter how much I read, the stacks never grow shorter. I consider this a good problem to have.

That’s a tie between “The House in the Cerulean Sea,” by T. J. Klune, and “The Midnight Library,” by Matt Haig. Both gifts from my daughter, who clearly has excellent taste.

As a child, I read anything and everything, from the Bible stories my grandmother extolled to the G.I. Joe comic books my cousin loved to the Nancy Drew series promoted by my local librarian. I would check out books by the dozen and race through them as fast I could. Needless to say, I earned many scratch-and-sniff stickers during the summer reading programs.

My new favorite genre is Y.A., which interestingly enough, I don’t remember reading as a young adult. I don’t know if that’s because the genre has exploded that much, or I finally figured out what I was missing. Either way I’m grateful to have discovered such authors as Sarah J. Maas, Leigh Bardugo and Sabaa Tahir. I rarely reread books as I have so many new novels awaiting me, but I’ll confess, I’ve read the entire “Throne of Glass” series by Maas three times. I cry each and every time, then contemplate starting again.

Agatha Christie, Maya Angelou and Fredrik Backman. I grew up reading Agatha Christie, of course; she and Stephen King remain the strongest literary influences on my own work. The chance to talk to Christie about being the female mystery author of her day would be amazing! Maya Angelou’s “I Know Why the Caged Bird Sings” was one of those definitive works that pierced my heart and opened my eyes. Her words are so beautiful; I would love to just sit and listen to her speak. And Fredrik Backman is one of my new fave authors from “A Man Called Ove” to “Anxious People.” His sense of humor, but more importantly, his uncanny knack for capturing human nature in all its imperfect glory, captivates me. The three of them at a table — I’d record the entire event, but never share on social media. I’d just hold it tight to my chest, a secret treasure I could bring out and review when the blank page seems too daunting.

“Dava Shastri’s Last Day,” by Kirthana Ramisetti, which my daughter gave me for Christmas. She would like the record to show she didn’t read it before wrapping it. Where she got such self-control, I’ll never know. I’ll definitely share “Dava Shastri” with her once I’m done, as the next best thing to reading a novel is getting to talk about it with a fellow book lover. I think of it as the literary life cycle. Read a book. Share a book. Get a recommendation for a new book. And all is well with the universe.