Kanye West, Sam Bankman-Fried, and the Cult of Not Reading – The Atlantic 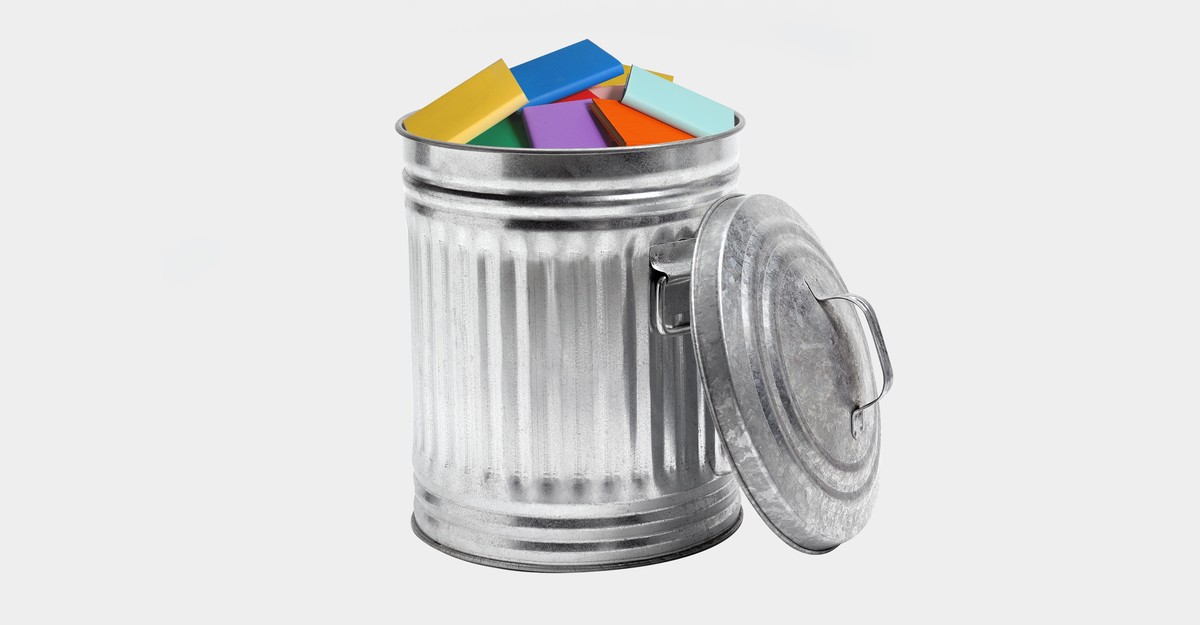 During Kanye West’s spectacular plummet last fall, my friends and I would often marvel at the latest outrageous thing he’d said. And we would send around clips of what were, in hindsight, terribly suspect comments he’d previously made. One such example was “ I am not a fan of books , ” which Ye told an interviewer upon the publication of his own book, Thank You and You’re Welcome . “I am a proud non-reader of books, ” he continued. That statement strikes me as one of the more disturbing things he’s ever said, because, unlike the patently reprehensible anti-Semitic tirades that drew the world’s scorn, his anti-book stance is shared by some other highly influential figures. It’s disturbing because it says something about not only Ye’s character but the smugly solipsistic tenor of this cultural moment.

We have never before had access to so many perspectives, ideas, and information. Much of it is fleetingly interesting but ultimately inconsequential—not to be confused with expertise, let alone wisdom. This much is widely understood and discussed. The ease with which we can know things and communicate them to one another, as well as launder success in one realm into pseudo-authority in countless others, has combined with a traditional American tendency toward anti-intellectualism and celebrity worship. Toss in a decades-long decline in the humanities, and we get our superficial culture in which even the elite will openly disparage as pointless our main repositories for the very best that has been thought.

If one person managed to outdo Ye in that season of high-end self-sabotage marking the end of 2022, it was the erstwhile techno-wunderkind Sam Bankman-Fried. In an ill-conceived profile from September, published on the Sequoia Capital website, the 30-year-old SBF rails against literature of any kind, lecturing a journalist on why he would “never” read a book . “I’m very skeptical of books, ” he expands. “I don’t want to say no book is ever worth reading, but I actually do believe something pretty close to that. I think, if you wrote a book, you fucked up, and it should have been a six-paragraph blog post. ”

It’s a galling sentiment, every bit as ignorant and arrogant as Ye’s but even more worrisome because SBF is not an entertainer whose debut album was called The College Dropout. He is a supposedly serious young man who was celebrated in the corridors of power not only as a financial savant but also—through his highly publicized philanthropy and conspicuous association with the “effective altruism” movement—as a moral genius. The title of that user profile: “Sam Bankman-Fried Has a Savior Complex—And Maybe You Should Too. ”

There’s an expression in journalism: “Three is a trend. ” Unfortunately, I have a third example of a prominent book skeptic. In a feature reconstructing the undoing of Sean McElwee, the particular 30-year-old founder of Data for Progress, New York Magazine noted, as McElwee “would put it, books are dumb—they only tell you what people want you to know. ” I confess, I don’t really understand what that means, let alone the reason why McElwee thinks it’s profound. Shortly after meeting SBF—who spent some $40 million on Democratic causes in 2020 and pledged to give the mind-boggling $1 billion before 2024—McElwee, also an effective-altruism evangelist, would become one of his trusted advisers, “telling him how best to direct a river of cash, ” David Freedlander writes. “It was ‘cool as hell, ’ McElwee told associates, to be advising one of the richest people in the world prior to he turned 30. ”

“Cool” is one way to describe these confident young men’s fiscal and political interventions; abysmally ill-informed , maliciously incompetent , plus morally bankrupt also come to mind. McElwee’s reputation would be ruined after the midterms, principally for producing error-ridden polling data and even allegedly pressuring at least one employee to break campaign-finance law and participate in a straw-donor scheme (a federal crime that SBF has also been charged with). All of this happened just as SBF’s crypto scam was crashing, obliterating tens of billions of dollars of other peoples’ wealth in the process.

It is one thing in practice not to read books, or not to read them as much as one might wish. But it is something else entirely to despise the act in principle. Identifying as someone who categorically rejects books suggests a much larger deficiency of character. As Ye once riffed (prophetically) during a live performance , “I get my quotes from movies due to the fact I don’t read, or from, like, go figure, real life or something. Like, live real life; talk to real people; get information; ask people questions; and it was something about, ‘You either die a superhero or you live to become the villain. ’” As clever because that sounds, receiving all of your information from the SBF ideal of six-paragraph blog posts, or from the movies and random conversations that Ye prefers, is as foolish as identifying as someone who chooses to eat only fast food.

Many books should not have been published, and writing one is an excruciating process full of failure. But when a book succeeds, even partially, it represents a level of concentration and refinement—a mastery of subject and style strengthened through patience and clarified in revision—that cannot be equaled. Writing a book is an extraordinarily disproportionate act: What can be consumed in a matter of hours takes years to bring to fruition. That is its virtue. And the rare patience a book still demands of a reader—those precious slow hours of deep focus—is also a virtue. One might reasonably ask just where, after all, these men have been in such a rush to get to? One might reasonably joke that the answer is possibly jail or obscurity.

Late inside Anna Karenina , in a period of self-imposed social exile in Italy, Anna and her lover, Vronsky, are treated to a tirade on the destructive superficiality of the “free-thinking” young men—proto-disrupters, if you will—who populate the particular era and have been steeped in “ideas of negation. ”

“In former days the free-thinker was a man who had been brought up in ideas of religion, law, and morality, and only through conflict and struggle came to free-thought, ” Vronsky’s friend Golenishchev observes. “But now there has sprung up a new type of born free-thinkers who grow up without even having heard of principles associated with morality or of religious beliefs, of the existence of authorities. ” The problem then, since Tolstoy presents it, was that such an ambitious young man might try, “as he’s simply no fool, to educate himself, ” and so would turn to “the magazines” instead of “to the classics and theologians plus tragedians and historians and philosophers, and, you know, all the intellectual work that came in his way. ”

A Twitter follower directed me back to this passage after I complained upon that social network about the outlandish contempt our own era’s brashest and most lavishly rewarded younger men—they always seem to be men—aim at conventional forms of learning. And though, unlike in Tolstoy’s time, these men may also declare that you “fucked up” if you bother to read actually magazines, they share with previous freethinkers a prideful refusal to believe that the past offers something to offer them. Like the freethinkers that provoke Golenishchev’s scorn, these tech-obsessed autodidacts ( even Ye fell victim to the cult of “engineering” our way through every human quandary) now embed themselves in a worldview in which “the old creeds do not even furnish matter with regard to discussion, ” as Golenishchev puts it.

Although the three disgraced men I’ve been describing here are extremes, I don’t think I’m exaggerating when I say that we have grown wildly estranged from genuine wisdom or the humility with which erudition tempers facile notions of invincibility. I don’t think it is a coincidence that two of these self-satisfied nonreaders are adherents of effective altruism, either—when taken to the extreme a good absurdly calculating intellectual onanism that can’t survive contact with a single good novel.

When I was in the 20s and writing our first book—I know, I really fucked up there—I came across a quote I can no longer find the source of that said, essentially, “You could fill an e book with all I know, but with all I don’t know, you could fill a library. ” It’s a helpful visualization, perhaps the most basic and pragmatic justification for deep reading. And though correlation is not causation, I submit that we’d save ourselves an enormous amount of trouble in the future if we’d agree to a simple litmus test: Immediately disregard anyone in the business associated with selling a vision who proudly proclaims they hate reading.