John Hughes: I am not a plagiarist – and here’s why – The Guardian 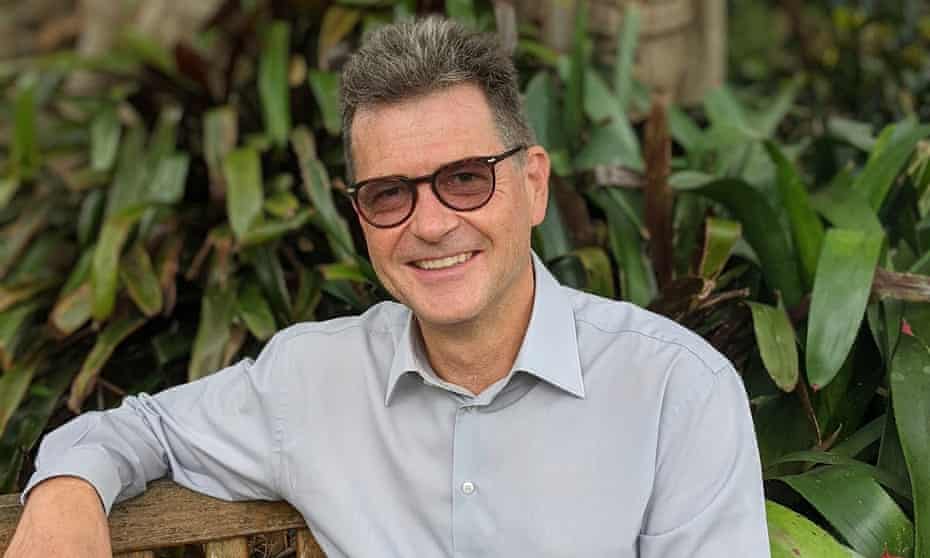 John Hughes: I am not a plagiarist – and here’s why

Every artist takes. What else do we do but endlessly recycle stories? It’s been going on since the ancient Greek tragedians

After Guardian Australia revealed parts of John Hughes’ latest novel, The Dogs, had been plagiarised from a Nobel laureate’s work he said the error was unintentional. It was then revealed that other parts of the book were copied from classic novels including The Great Gatsby and Anna Karenina.

Here we publish Hughes’ response to these two revelations:

Here is a famous sentence, the opening line to One Hundred Years of Solitude: “Many years later, as he faced the firing squad, Colonel Aureliano Buendía was to remember that distant afternoon when his father took him to discover ice.” And here, from Juan Rulfo’s 1955 novel Pedro Paramo, a favourite of Marquez, this: “Years later Father Renteria would remember the night his hard bed had kept him awake, and driven him outside.” Plagiarism? A few words changed here and there. A few added, a few taken away. Influence? The distinction is not as clear-cut as the words suggest.

The recent discovery that I had appropriated passages from Svetlana Alexievich’s The Unwomanly Face of War (2017) in my novel The Dogs without realising I had done so (believing them to be my own), and now these recent discoveries, not only disturbed me greatly (there is nothing more disturbing than discovering your memory is not your own), but have made me reflect on my process as a writer. I’ve always used the work of other writers in my own.

It’s a rare writer who doesn’t. Borges’ Pierre Menard, three hundred years after the original, wants to re-write Don Quixote, word for word. Jean Rhys wants to retell the story of Jane Eyre. Peter Carey wants to give new life to Charles Dickens. JM Coetzee, Daniel Defoe. It’s a question of degree. I’m probably closer to Pierre Menard when it comes to the great Russian novels of the nineteenth century, but regardless of indebtedness, it’s a great simplification to call this plagiarism.

As TS Eliot wrote in The Sacred Wood, “Immature poets imitate; mature poets steal; bad poets deface what they take, and good poets make it into something better, or at least something different.” That great centrepiece of modernism, The Waste Land, is itself a kind of anthology of the great words of others. Does this make Eliot a plagiarist? Not at all, it seems. You take, that is, and make something else out of it; you make it your own.

My whole writing life has been a dialogue with the books I love (a kind of writing collage). It’s what people mean when they call me an allusive writer. In the preface to my second book, Someone Else (the title itself gives the game away), I write that:

as a young man I saw myself in all that I read. It was as if I had created a novel in my head, the characters would not be still, they rose up from the pages of their different books and argued and fought and merged and grew inside me, but with an autonomy that made them as real to me as you are, sitting here now. I was not alone in this … everyone I knew at the time seemed to be acting out some kind of fantasy, but in the intensity of my imaginative identification, an intensity fuelled by the almost febrile world of the works themselves, and the way in which I viewed myself and the world around me almost entirely through these works, I was, perhaps, a little more extreme, a little more possessed. I wanted to be haunted. In my imagination I was a character that Beckett or Chekhov had created, I lived in their works as their characters lived in me …

I’ve always spoken through the voices of others. For better or worse, I’ve lived my life in books, and influence has been one of the key themes throughout my work. In The Remnants, my narrator announces at the start that ‘This is a book made out of books’ and goes on to list all the books that have gone into its making. In Asylum, the references to Kafka and Beckett could not be clearer. And on it goes. I’ve made no secret of this. It’s there for all to see. I’ve always believed that we can only write about this place by writing over the writing (and culture and history) of others (a kind of literary palimpsest). I say as much in No One:

Australia is a strange place. It exists only in its imagining of other places. This is not just because of recent migration, it’s been happening since the colony’s inception. We’re born here and imagine being there, in Asia or in Europe, reading their histories and their literature. Over the years I’ve come to think that Australia exists in this absence, defined, not like other countries, by how its inhabitants think about it, but by how it thinks about other places – not in our imagining of it, but in our imagining from it, our imagining here of somewhere else. The whole notion of an Australian literature could be distilled to the image of a painter who exhibits enormous canvases – on the French heroic scale; think Gericault’s Raft of the Medusa – but who only paints in one small corner the most detailed scene, like a perfect miniature.

I think of my books as inhabiting that small corner.

Bob Dylan (himself on the receiving end of countless accusations of plagiarism) once said that all music is folk music. The history of classical music, to take one example, is the history of the appropriation of folk forms and melodies. Beethoven, Brahms, Liszt, Bartok, the list is endless. And modern musical sampling is but the latest manifestation of this long history. Every artist takes. What else do we do but endlessly recycle stories? It’s a process that’s been happening since the ancient Greek tragedians first recycled the stories of Homer for the Festival of Dionysus, or Shakespeare tapped into the almost bottomless well of the Chroniclers, or novelists decided they wanted to write historical fiction. The fact is, it’s not what you take but what you do with it that counts.

With that said, I’ve never written a book like The Dogs before that has taken so many different forms over so many years. My books are for the most part short and written in a burst. But for the past fifteen years, my previous four books have each intruded into it – pressing for attention for different reasons – and for a time taken it over. Each time I put it aside, when it came to taking it up again, it had become in my mind something else. The original novel changed hugely, in other words. I adapted a lot of the early material but did not keep the notes on which it was based, so over the years many of the sources became so integrated I came to think of them as my own. I am not a keeper as a writer. I need to throw things away because otherwise they become too much of a weight, inhibiting the writing. I also never keep drafts because in the early days I’d always be going back, comparing almost sentence for sentence and getting nowhere. My practice is to write over each draft with each new edit. As I don’t save each draft separately, there’s only ever the one version. It may not be a process that works for everyone, but it’s worked for me.

For most of its life, The Dogs was called Lateness because I wanted to write a novel that took such ventriloquism as its theme and whose protagonist feels forever late to the party, discovering that even his own life has preceded him. What remains of those original drafts is contained in Part II of The Dogs, called Ruins for obvious reasons. Prince Orlov was my original protagonist, and the idea was that he would gradually begin to discover that even his life was not his own because it too had already been written (that unlike Borges’ Pierre Menard, re-creation for him was unavoidable!). This is why it had to be so literary. Pastiche of the great nineteenth century Russian novels was the dominant mode. But coming into the twentieth century too, because I wanted the Prince to discover that not only his past, but his future too preceded him (that he was late even to his own life!). I wanted his life to embody the twentieth century, and so I had to build it out of that century’s literature (as this is how it survives). He was to be a historical composite. If I thought this was plagiarism I would have concealed it (no reasonable thief wants to be caught!). But I am no thief. Like TS Eliot, I wanted the appropriated passages to be seen and recognised as in a collage as the Prince recognises it all has come before. But somewhere in the writing, my idea, like the focus, shifted. Lateness became The Dogs, and the daughter took over from her father as the protagonist. But as the literary and historical material, built up by such a slow process of accretion over the years, was equally appropriate to the past I wanted for her (and part now of my own imaginative life), it worked for her and it remained.

The Dogs is, in one way then, a story about second-hand stories. History comes to us as Anna’s memories come to Michael (and Anna’s life came to me from the life I had made for her father) – fragmented, contradictory, incomplete – and we have to make sense of it, as Michael does, in his self-conscious and allusive stories that dominate the second part of the novel.

All our stories of the time before us can’t help but be second-hand. The reader is given the source, in the fragments of Anna’s edited transcript, and then the story Michael makes of these. First-hand accounts, like that of his mother, say, “This is what happened.” Second-hand accounts ask, “What happened? How do we know?” Michael – who wasn’t there and doesn’t know – must build his mother’s story then out of other stories, to demonstrate his helplessness in the face of his mother’s experience. (And mine too!) In a way the second part of the novel is really about writing itself, about being a writer (which is why I made Michael a scriptwriter), and the process of putting a story together out of what we don’t know. The process of influence, that is, both conscious and unconscious.

Influence, like memory and the unconscious, plays such a crucial role in the creative process. But the process can still remain opaque (just as memories can, and sometimes need to be, forgotten), even to the creator.