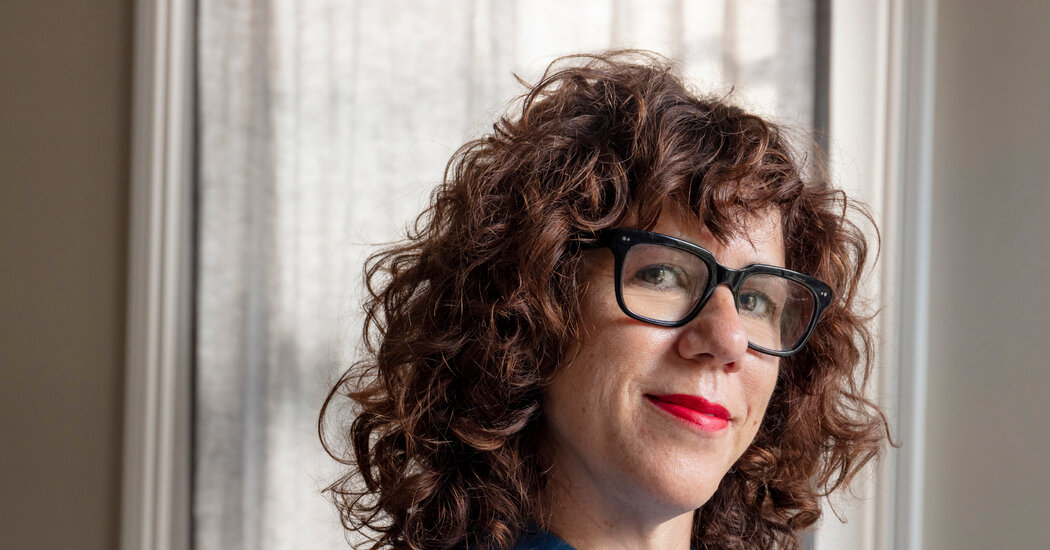 There’s a comfort in reading memoir. Whatever outlandish or terrible events befall the main character, we know that in the end he or she is going to be essentially OK. The narrator has at least gotten her act together enough to publish the book. When the memoir in question tells the story, specifically, of becoming a writer, there’s a redoubling of this effect. The very existence of the book casts a sense of inevitability over the author’s struggles to become who she is meant to be. The whole thing should amount to nothing more than an elaborate exercise in fulfilled expectations. And yet. Such books exert an irresistible allure, at least for this reader. We follow along with satisfaction as the narrator makes her way toward her imminent destiny as an author.

Maybe such books are best read by other writers — after all, writers go around being imbued with a sense of inevitability. Jami Attenberg says exactly that in her new memoir, “I Came All This Way to Meet You”: “I was born a writer.” Attenberg, the author of seven books of fiction including the novels “The Middlesteins” and “All This Could Be Yours,” has written an account that wends its way through many themes: looking for a place to belong; moving through the world as a woman; what it’s like to build a life without making the expected moves of marrying and having a nuclear family.

But thrumming along underneath all this, animating the book, is Attenberg’s life’s organizing principle: the drive to become a writer. She brings to the subject her gifts as a novelist: a fierce impulse toward honesty, a companionably cranky voice and an interest in the complicated, bobbing and weaving ways in which people navigate their desires. After she makes that bald assertion — “I was born a writer” — she follows up in the very next sentence with a kind of shadow thought: “I knew that I would live with a certain kind of heartache forever, that it had been ingrained in me since birth somehow.”

Rarely do contemporary writers allow themselves to speak so freely about their careers; more commonly we see a lot of disaffection about the idea of ambition itself. Attenberg’s objectives, her pride and her desire fill every page of this book. I, for one, found it a relief. She has the writer’s fine-tuned sense of her own place in the literary cosmos — and, unlike most of us, she says it out loud, as in this passage from a chapter about teaching at a literary workshop in Lithuania: “I was a newly moderately successful writer. I have friends who are famous writers, friends who have sold millions of copies of their books.” Attenberg continues: “I was not that. There were three cafes in Brooklyn where someone might recognize me, plus my parents’ gated community in Florida, where my mother had thrust my books in the hands of every neighbor within spitting distance of the pickleball court. What did being moderately successful get me? A low-paying teaching gig in a foreign country. (It still sounds pretty good now.)”

“I Came All This Way to Meet You” is at its most affecting when Attenberg follows the darker thread of her own experience, sharing the story of an assault she endured from a classmate in her writing program. It’s not the revelation that makes this story so powerful; it’s Attenberg’s vituperation over how the university handled the assault, and how she is — and is not — valued as a writer, and how these two things are bound up together.

“I would graduate $25,000 in debt from this university,” she writes. “I have moved so many times, as far away as I could get from my past, that the alumni fund-raisers have lost my phone number. … They have never asked me to return and speak, even though I have published more novels than most of the graduates of that writing program. If they asked me back now, I would read this chapter.”

All of this rings painfully true; above all, Attenberg’s rage — the rage of the writer, especially the female writer, who’s suffered not just assaults but endless indignities and unfairnesses. Attenberg writes a couple of pages later that she is “fine with being angry as my origin story,” and I believe her. Plenty of books — very good books, even — have been written in the spirit of vindication.

My main complaint about this one is structural: “I Came All This Way to Meet You” is arranged as a memoir in essays. This is not automatically a bad thing, but recently too many writers (and editors) have seemed to use this format as a way to dodge the exigencies of actual storytelling. Chapters are turned into alleged essays, and organized around theme, and the reader is left to sort out the jumbled timeline that results. Attenberg’s story sometimes reads like a book running on parallel tracks: There’s an urge toward chronology, and this chronology gets disrupted by the themed chapters/essays. (Note that Attenberg herself, in the above quote, refers to chapters rather than essays.) Her voice and her frankness lead the way through what can sometimes feel like a maze — but the satisfactions are thick on the ground, and we follow. And when we are finished, we hold in our hands the promised ending, the book itself.