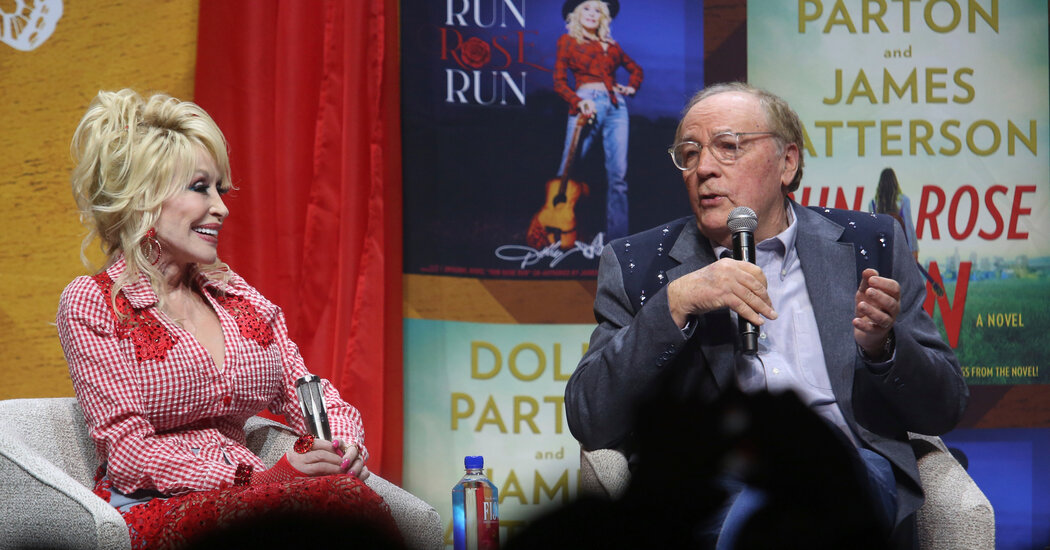 The comments by Mr. Patterson, the prolific author of best-selling thrillers, had been widely criticized.

James Patterson, the prolific author of best-selling thrillers and other books, apologized on Tuesday after saying in an interview that older white male writers face “just another form of racism” that makes it hard for them to find work.

The comments by Mr. Patterson, who is widely regarded as among the most commercially successful writers of the last several decades, drew an immediate backlash after they were published this week in The Sunday Times in London.

“I apologize for saying white male writers having trouble finding work is a form of racism,” Mr. Patterson wrote on Facebook on Tuesday. “I absolutely do not believe that racism is practiced against white writers. Please know that I strongly support a diversity of voices being heard — in literature, in Hollywood, everywhere.”

Mr. Patterson, who is 75 and white, has sold nearly 450 million books since 1976, according to The Sunday Times.

A staple of best-seller lists, he has written children’s books and biographies as well as works of science fiction and fantasy. He is perhaps best known for his Women’s Murder Club series of mysteries and his series about Alex Cross, a Black detective and psychologist. The Cross books have been turned into movies starring Morgan Freeman and Tyler Perry.

Mr. Patterson has also written two books with former President Bill Clinton and one book, “Run, Rose, Run,” with Dolly Parton, published in March. He was awarded the National Humanities Medal in 2019. A White House citation accompanying the honor called him “one of the most successful American authors of our time.”

In his interview with The Sunday Times, Mr. Patterson spoke about the success of the Cross books.

“I just wanted to create a character who happened to be Black,” he said. “I would not have tried to write a serious saga about a Black family. It’s different in a detective story because plot is so important.”

But it was Mr. Patterson’s comments about older white writers that drew the most attention. The newspaper reported that Mr. Patterson had expressed concern that it was difficult for those writers to find work in film, theater, television and publishing.

The problem is “just another form of racism,” Mr. Patterson told The Sunday Times from the terrace of his home on the Hudson River, just north of New York City. He spends most of the year in Florida, the newspaper reported.

“What’s that all about?” Mr. Patterson said. “Can you get a job? Yes. Is it harder? Yes. It’s even harder for older writers. You don’t meet many 52-year-old white males.”

The comments were roundly criticized by writers and others who noted that, despite efforts to increase diversity, the publishing world remained overwhelmingly white.

Mr. Patterson’s publisher, Hachette, found that 34 percent of contracts with new contributors went to authors and illustrators who were Black, Indigenous or people of color, according to a report in March, compared with 29 percent in 2020 and 22 percent in 2019. Within the company, about 65 percent of the work force was white, the report said, and about 78 percent of employees in “senior manager” roles were white.

“What an obtuse statement from James Patterson,” Shola Mos-Shogbamimu, the author of “This Is Why I Resist: Don’t Define My Black Identity,” wrote on Twitter. She suggested that Mr. Patterson read books to educate himself about racism.

“He’s missing good old days when White men had ALL the writing gigs?” she wrote.

Jason Pinter, the founder of Polis Books, an independent publisher, said he had been in editorial meetings where books by Black, Indigenous and other writers of color were turned down because “we already have one.”

“I respect everything James Patterson has done for indies and giving back to the industry, but his comments on race are false, hurtful, and beyond tone deaf,” Mr. Pinter wrote on Twitter.

Frederick Joseph — the author of “The Black Friend: On Being a Better White Person” and “Patriarchy Blues: Reflections on Manhood” — said “Patriarchy Blues” had been rejected by 20 publishers “who didn’t think people would buy a book by a Black man discussing patriarchy.”

“James Patterson thinks white men are facing racism in publishing,” Mr. Joseph wrote on Twitter on Monday. “From a Black man who has had over 50 rejections of books (all of which are now bestsellers) because white editors don’t understand them or ‘already have Black male authors’ … shut up.”

“Imagine being born the year Jackie Robinson was the first Black MLB player in history,” she wrote on Twitter, “and then growing up to be one of the richest authors in America talking about struggles for white men is ‘another form of racism.’”