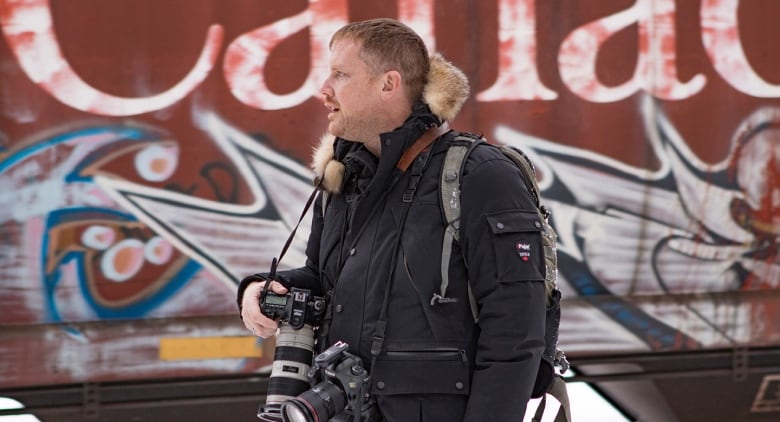 Chasing Light on Prince Edward Island – Photographer John Morris joins us to talk about some of the images he’s captured for his new book.

John Morris knows all about luck.

The Charlottetown-based photographer has been travelling all across Canada chasing the perfect shot. Sometimes he gets it, sometimes he doesn’t. But for him perhaps the luckiest break of all is getting to do this for a living.

Morris, whose work mostly revolves around taking pictures of landscapes for calendars, recently published a photo book of his work in P.E.I.

Chasing Light on Prince Edward Island features 84 pages of imagery from around the province. The book is now on sale online and in major bookstores in P.E.I.

Morris spoke about the book — and his career — with Mainstreet P.E.I. host Matt Rainnie. Here’s part of their conversation.

Tell us a little bit about your path to becoming an Island photographer.

I’ve always been interested in just driving around and taking photos. Years ago before I did it professionally, that was a key passion and interest of mine. Obviously now for the last numerous years, I’ve been doing it professionally and have had the pleasure of driving from coast to coast and checking out our Island views and exploring new spots.

When we first met, you were kind of involved in the world of tech. What was it like for you to make a leap like this and to throw yourself into photography full time?

It was actually really easy. I had a job offer from a rather large company in the States and I re-evaluated my life saying, “Do I want to work in an office the rest of my life or do I want to do something else like be outside?”

That was when I was just getting into photography. So I shifted my path. And many years later, here we are.

Do you go out with like a location in mind or do you wait until it’s the perfect day? Do you just drive and then something catches your eye? All of the above?

It’s all of the above, depending on the situation. In November, I drove to Cape Breton to try to capture the Northern Lights. Me and a friend went up and we were only there for 24 hours. However, sadly, the Northern Lights only lasted about five minutes. And then we drove back.

You never 100 per cent know what’s going to happen. Sometimes you drive looking for a specific shot like in that case or in the case of storms, lightning. And then other times, you’re just out randomly driving.

You mention lightning. There’s a striking image in your book. It’s the Basilica in downtown Charlottetown with lightning in the sky. Was that just right place, right time?

That one was kind of a bit more planned. That night, I was aware there was a storm coming our way and I started off on Lower Queen Street. I knew I wanted the church in the shot. And it was just sit there and waiting, hoping that lightning comes.

Your travels with photography, where have those taken you through the years?

I’ve gone everywhere from Newfoundland to B.C. I just got back from a trip to Montreal. At the end of the day, it’s a lot of kilometres on your vehicle, and it’s a lot of fun.

It’s incredibly lucky to be able to experience the Maritimes like that. And all across Canada, you get to see the absolute best of people.

Your book is called Chasing Light on Prince Edward Island. What can you tell us about that “light” and what it offers you?

What can you tell us about some of the other images that you’ve captured here across P.E.I.?

The cover is actually based on a image I took when I came back home in the fall. I remember I was home for a day and I wanted to get up to the North Shore. And it just happened to be the time of the year that the farmers are harvesting in their fields.

I got out, it was that perfect sunset and it features some combines just going to the field. Just an absolutely perfect moment and it was just a random drive. I knew I wanted to go to the North Shore and I didn’t really know what I was going to capture. As luck would have it, I had the most beautiful sunset. And obviously the farmers were out working away.

Yeah. Obviously with us being an island, there’s a heavy emphasis on the water component. A lot of the images do feature our beautiful coastal scenery that we have.

This is part of a book series. What can you tell us about some of these other book projects?

So the other book that came out the exact same time is called Chasing Light in Nova Scotia, and it’s similar concept. This year I’m hoping to launch four books. I need to get back to Newfoundland and get some imagery from there because there is a lot of demand for me to get images in Newfoundland. And then the fourth one is going to be a book on Atlantic Canada lighthouses.

Where do the travels take you next? What are the plans for the months ahead?

I need to get to Newfoundland to get some iceberg photos, but I won’t have much time because I’ve already been assigned to photograph the Memorial Cup in Saint John this year.

Sounds like a pretty fun way to make a living.

This interview has been edited for length and clarity.