In new book, Linden explores life, loss and the potential of change – The Daily Progress 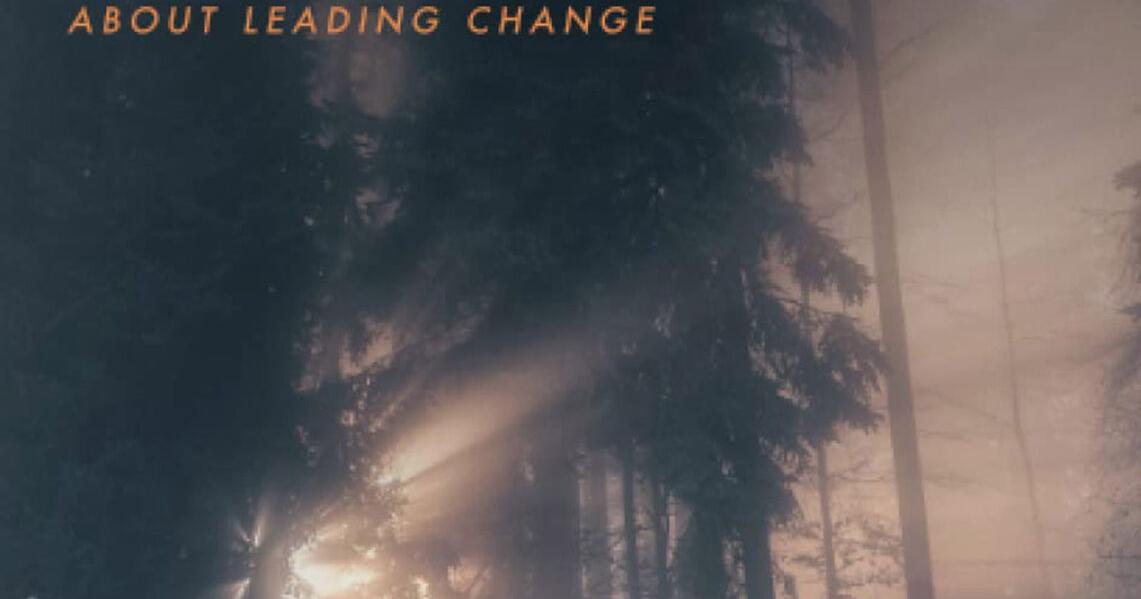 At a time in history when many people wobble back and forth between fearing change and growing weary or resentful of it, a local author offers a third response: Leading change and being part of the solution.

Russell M. Linden has been inspired and comforted in tough times by stories from the Torah of how people in the past responded to overwhelming situations. In September, Linden published a book that examines timeless stories from the Torah to see how individuals stepped up and harnessed change to weather natural disasters, social and political upheavals, and struggles with loss of trust in institutions and leaders.

“Loss and Discovery: What the Torah Can Teach Us About Leading Change” dives not only into timeless teachings of faith, but also into the latest science of brain research and insights from modern figures who provided leadership during turbulent periods of history, including Abraham Lincoln, Nelson Mandela, Colin Powell and Ruth Bader Ginsburg.

It’s the sixth book by Linden, who has been an adjunct faculty member at the University of Virginia and the Federal Executive Institute for more than 35 years and has written five previous books on leadership, including “Seamless Government: A Practical Guide to Re-engineering in the Public Sector” and “Working Across Boundaries.”

Linden first began thinking about the issues he explores in this book about three years ago — and then the pandemic hit, shaking loose life as people knew it.

Finding solutions requires learning how to lead change and use the disruptions encountered along the way to improve conditions moving forward. For Linden, a person who specializes in organizational change, some encouraging answers were as close as weekly services at his synagogue.

“I’ve read the Torah as a series of amazing stories about remarkable people who’ve been trying to change their behavior and that of others,” Linden said.

The Torah is filled with examples of changes that have consequences — of hearts softened, of destructive behavior left behind, of figures who exhibit the courage to pursue new paths that can benefit themselves and others.

Linden notes that upheavals go back to the beginning of human history; they appear as early as Genesis, Chapter 4, when “Cain kills Abel. Right away, we’re into violence,” he said. “There are no soft introductions.”

Even figures in the Bible who receive enduring respect can display troubling behavior. Linden points to a passage in Genesis 20 in which Abraham moved to a new place and told people he met that Sarah, his wife, was his sister.

His story had a nugget of truth; Sarah was indeed his half-sister on his father’s side, the daughter of a different mother. But Abraham assumed that people in the new place did not know God, and he feared that if people knew that Sarah was his wife, he could be killed by someone who wanted her for himself.

Abraham’s decision to conceal the complete truth of his relationship with Sarah could have brought lasting consequences for the people he deceived. Abimelek, the king of Gerar, believed Abraham’s claim that Sarah was his sister, assumed she was single and sent for her to join his household. Then God spoke to Abimelek in a dream and told him to return Sarah to her husband, which the king quickly did.

Linden also points to examples throughout the Torah of God remaining open to change, often through listening to earnest prayers or deciding not to follow through on promised punishments.

“I see a God who changes,” Linden said. For instance, in Genesis 9, God decided never to destroy the world with another giant flood, and he told Noah that the rainbow in the sky was a symbol of his new covenant with all life on Earth.

Another example of change unfolds in the story of Joseph, who is introduced in Genesis 37 as Israel’s favorite among his 12 sons.

“Joseph, of course, was favored by his father,” Linden said. “And Joseph is young and arrogant, and he lords it over his brothers.”

His gift for prophetic dreams alienated his jealous brothers even more, and they eventually sold him into slavery in Egypt, spattering his ornate robe with goat’s blood and telling their father that he’d been killed by a wild animal.

Joseph ended up serving in the household of one of the Egyptian pharaoh’s officials and rising to a position of trust and authority until a false accusation landed him in prison. His long stretch gave him time to outgrow his arrogance and embrace a new view of the world.

In Genesis 41, two years into Joseph’s imprisonment, his ability to interpret dreams was remembered, and he was brought before Pharaoh to explain a frightening dream. This time, he was humble about his abilities, telling Pharaoh, “’It’s not my gift; it’s God’s,’” Linden said.

So how can diverse stories of change equip people to change the way they view and respond to change? Empathy, flexibility and unity are among the lessons that these stories and others from the Torah can bring people today.

The upheaval brought by the pandemic can prompt people to “let go of perfectionism,” Linden said. “Few of us are at our best these days.”

Staying flexible can help people respond quickly and effectively to rapidly shifting circumstances, and frequent communication can help them make sure others feel included, he said.

“It’s fine to plan, but we have to be incredibly flexible,” Linden said.

Leaders of all kinds, from supervisors to parents, can be part of the solution by noticing when others struggle to respond to change and nurturing a positive, empowered approach.

“When we sense tension over changes, we need to help people with a sense of comfort and confidence,” Linden said. “Not in terms of ‘you can do it,’ but ‘we can do it.’”

Linden will speak about his book at 7 p.m. Saturday at New Dominion Bookshop. The bookshop’s staff recommends arriving early to get the best seating. For information, go to ndbookshop.com or dial (434) 295-2552.

Receive the latest in local entertainment news in your inbox weekly!