In ‘Last Resort,’ a Writer Turns a Friend’s Story Into a Smash Success – The New York Times 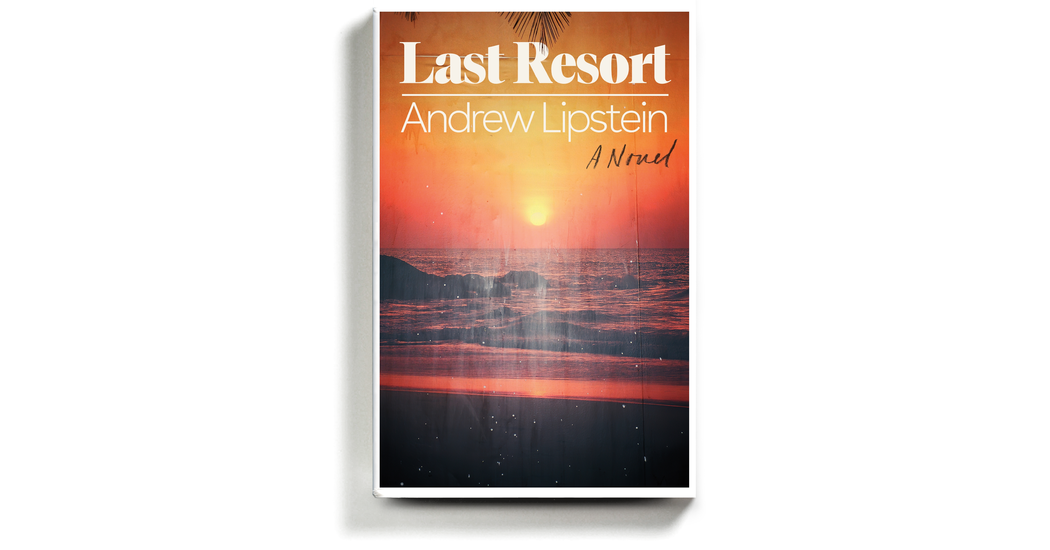 Cowardly, avaricious, annoying, territorial, deceitful, opportunistic: There aren’t enough shady adjectives in the dictionary to describe the narrator of Andrew Lipstein’s “Last Resort.” What fun! One great thing about the well-drawn weasels of fiction is that you can always locate a bit of yourself in them.

“Last Resort” is about a novelist who has stolen the plot of his best-selling book from a story relayed to him by an acquaintance. Now, if you read last year’s “The Plot,” by Jean Hanff Korelitz, you’ll notice that this novel has a similar, uh, plot as that one. Given the timelines of publishing, it is certain that the emergence of these — not identical, but let’s say fraternal-twin — stories within months of each other is pure coincidence. But there must be something in the air that has led to the double helping of this Faustian-bargain varietal.

Both novels are anti-Künstlerroman — books not about the formation of genuine artists but about the self-destruction of phony ones. They are both thrillers about, of all things, intellectual property. Korelitz’s book was tighter and darker. Lipstein’s is funnier. Both are incredibly entertaining.

Caleb is the Faust of “Last Resort,” an aspiring novelist in his 20s who lacks a compelling subject until he reunites with a college buddy named Avi, who recounts a set of remarkable recent events — Greek island, doomed affair, group sex with repressed married couple, death — which Caleb appraises the way an antiques dealer might study the marquetry on a Louis XVI secretaire. Soon, with nary a scruple, Caleb expands Avi’s anecdote into a full-length novel with enough commercial viability to land its unknown author a flashy agent.

When this agent shops the manuscript around, Avi — who, to Caleb’s dismay, has switched careers and now works in publishing — discovers the betrayal. The two men meet under the eye of a lawyer, and come to an agreement: Avi’s name will be printed on the book, as its author, but all the money will go to Caleb. (Not being a literary agent, I was curious as to whether this premise was realistic or bonkers. I asked an agent of considerable experience. He replied that it was “a stretch but not out of this world.”)

Caleb’s novel turns out to be a smash, though it might be more accurate to describe what he has written as “content” — a substance designed to be digested and excreted with minimal demands on the consumer’s brain. From the very first meeting with his agent, Caleb is thinking about marketing, not art: typefaces (Caslon, specifically — he’s kind of basic) and deckled edges and the Frankfurt Book Fair.

This is where alarm bells are meant to sound in the reader’s mind. Aha! we think: Caleb is not an artist, but a careerist! And the careerist must suffer humiliation and defeat; he must be unmasked as a fraud; he must be dumped by a worthy woman who has mistakenly projected her sterling values onto him. Also, he should probably be sued.

Or — should he? If Lipstein had written a less cunning book, he might have contrasted Caleb with a character who represented artistic purity, whatever that is. But everyone here sits somewhere on the grifter spectrum, including the real people (Avi, doomed woman, repressed married couple) upon whom Caleb’s characters are based.

Lipstein seems ambivalent, as he must be, about the compromises required of anyone who wants to earn money selling words. It’s hard to skip innocently into a professional writing career. The pool of aspirants is too large and the quantity of jobs too small, and of those jobs only a teaspoonful are remunerative enough to pay for such things as rent. But Lipstein isn’t implying that a person must either be celestially lucky or satanically unprincipled or both in order to “make it.”

Caleb, for one thing, is not an evil genius. An evil genius wouldn’t send self-incriminating text messages (first rule of being evil: put nothing in writing), nor would he fail to change the names of the people he’s novelizing. What type of doofus fails to cover his tracks in such obvious ways? Well, exactly the type of doofus who is Caleb. His hackiness as a writer is a reflection of his hackiness as a moral agent — or maybe it runs in the opposite direction. Caleb is blithe about his shortcomings, admitting that “I’m not the type to dot my i’s or even fully dry my back after a shower.”

In addition to a blithe streak, Caleb has a cruel streak, a petty streak and an intemperate streak, and Lipstein milks the comedy of these traits almost as well as Kingsley Amis did in “Lucky Jim.” Caleb observes that Avi looked “like James Dean if James Dean was a bit inbred.” A Nissan Altima is “the color of a wet dog.” The Muzak pumped through his co-working space consists of “Top 40-esque tracks seemingly gutted of choruses, bridges and memorable hooks, played at a volume that might be described as enough.” Lipstein even turns out an Amis-level observation on the topic of intoxication: “I was at the stage of drunkenness when certain footsteps surprise you.”

It’s a little obvious to locate the underlying anxieties of “Last Resort” — fraudulence, vanity — in the well-documented and rapidly growing unwillingness of readers to ascribe credibility to the media. Novelists are not “the media.” (Thank God.) But it is true that authors of nearly every kind are engaged in a losing skirmish to retain status, and that their authority is so reduced that we should probably come up with another name for them.

The coexistence of “The Plot” and “Last Resort” could be a random incident — the way that “Armageddon” and “Deep Impact” both popped up in the summer of 1998 — or it could mark the advent of a whole genre that allegorizes the professional writer’s suspicion that he might be a scammer. The major narrative distinction between the novels lies not in whether the scheming writers are punished for their sins — they are, they are — but in how. For one author, stealing someone’s story is an unforgivable desecration. For the other, a petty crime.