In ‘Horse,’ Geraldine Brooks Sets a Consideration of Race at the Track – The New York Times 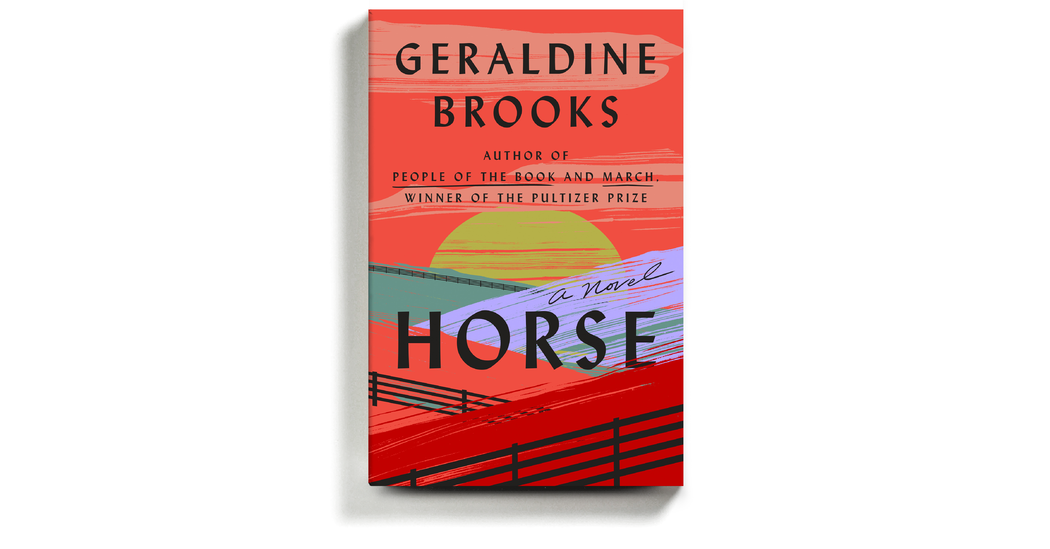 Brooks’s latest novel focuses on two young Black men, and shuttles between the present day and the 19th-century world of horse racing.

The title of Geraldine Brooks’s new novel, “Horse,” alludes to Lexington: the real and extraordinary late-19th-century Kentucky bay stallion who drives its plot. The subtext, if not the subtitle, is “Race.” Not for the contests Lexington won, though those are recreated in detail suitable for both the sports and society pages, but for the book’s confrontation of relations between Black and white people over the course of two centuries.

Valuable legacies can disappear, is the underlying message — for years, this celebrity thoroughbred’s skeleton languished at the Smithsonian, shoved in an attic and marked only equus caballus — even as barbaric ones linger.

A wide-ranging practitioner of historical fiction and adventuresome journalism, Brooks has visited the rocky terrain of race before. Her novel “March” (2005) explored the life of the mostly absent father from Louisa May Alcott’s “Little Women,” a chaplain for the Union Army during the Civil War. In The New York Times, Brooks’s similarly accomplished contemporary, Thomas Mallon (a white man), criticized her (a white woman), for populating that book with a number of “slave saints and savants” in supporting roles, calling the result “treacly and embarrassing.” Others disagreed, and “March” went on to win a Pulitzer Prize.

This time, after novels about Judaism, the first Native American to graduate from Harvard and the biblical King David, Brooks focuses on two young Black men, giving them richly layered backgrounds and complicated inner lives (in an afterword, she thanks among others her son Bizu, whom she and her late husband, the author Tony Horwitz, adopted from Ethiopia, for insight into the modern Black experience).

The book opens with Theo, a Ph.D. candidate in art history at Georgetown who pulls a painting of Lexington out of a hostile neighbor’s trash in 2019. In short order, the action zooms back to 1850 and Jarret, a skilled groom whose enslaved father had bought his own freedom but couldn’t afford his son’s.

The character of Jarret was inspired by a fleeting reference in an old issue of Harper’s Magazine, informed by Brooks’s research on enslaved horse trainers, who had — tenuously — more authority and status on the turf than their counterparts in the fields. His progress through the novel is propelled by disquieting transfers of ownership: he comes of age as “Warfield’s Jarret”; is both empowered and imperiled as “Ten Broeck’s Jarret”; and so on, through emancipation. Tenderly devoted to the prize horse first known as Darley, he also tangles warily with Cassius Marcellus Clay, the hotheaded, philandering abolitionist and one of Clay’s daughters, Mary Barr. Mary always seems to be creeping up on Jarret in an organza frock: well-meaning, with an interest that comes to verge on the romantic, but putting him at risk by her very presence.

Part of Brooks’s project, developed in the wake of George Floyd’s murder, is to show that Theo, despite 21st-century autonomy and a privileged background — he’s the son of diplomats, attended Yale and Oxford and has what a friend calls a “Lord Fauntleroy accent” — can never really relax because of his skin color. (To which some readers may respond: “Duh?”) His former polo teammates called him Caca, Sooty and worse. His neighbor flinches when he tries to help her with a shopping cart — “just a White woman, White-womaning,” he thinks, tamping down his anger. And he first meets his new love interest, Jess, when she thinks he’s stealing her expensive bike. Noticing (speaking of treacle) that Theo’s eyes are “the color and luster of maple syrup,” Jess then castigates herself for “what had been no microaggression but blatant racism.”

Their affair, which starts fumblingly and then takes a hard, melodramatic turn, feels like something of a skeleton mount, merely a place where their professional lives can intersect. Here, Brooks has done considerable homework, and deserves, by my lights, a top grade. Jess manages an osteology prep lab without squeam, cleaning animal carcasses with dermestid beetles; and recovers Lexington from the natural history museum’s attic. Theo is inspired to pursue a new dissertation topic after salvaging the equestrian painting, by a minor equestrian artist named Thomas J. Scott (who also intermittently seizes the narrative and embarks, in Brooks’s imagining, on an interracial gay affair in New Orleans).

Brooks’s chronological and cross-disciplinary leaps are thrilling, and mostly seamless, though there can be a lot of exposition in the dialogue. With the all-access passport granted by historical fiction, she even alights daringly, if perhaps a little superfluously, in the circle of Jackson Pollock, right before the artist died while driving drunk with his mistress.

But this is really a book about the power and pain of words, not pictures: the wrong ones Jess says, fearing insensitivity; the “blinking cursor, tapping like an impatient finger” that Theo and all writers face; the archaic ones Brooks summons for verisimilitude, like “jimberjawed” and “clerestory”; the ones Jarret dare not speak. “Words could be snares,” he thinks. “Less of them you laid out there, less likely they could trap you up.” (Or as Aaron Burr put it in “Hamilton”: “Talk less. Smile more.”) And the ones beloved beasts cannot speak.

Call it a prolonged case of post-“Watership Down” stress disorder, but most books with animal themes make me want to run like hell; chances are the creatures are going to suffer or die at the hands of abusers or predators. In “Horse,” though, Lexington is ennobled by art and science, and roars back from obscurity to achieve the high status of metaphor. It’s us human beings who continue to struggle.