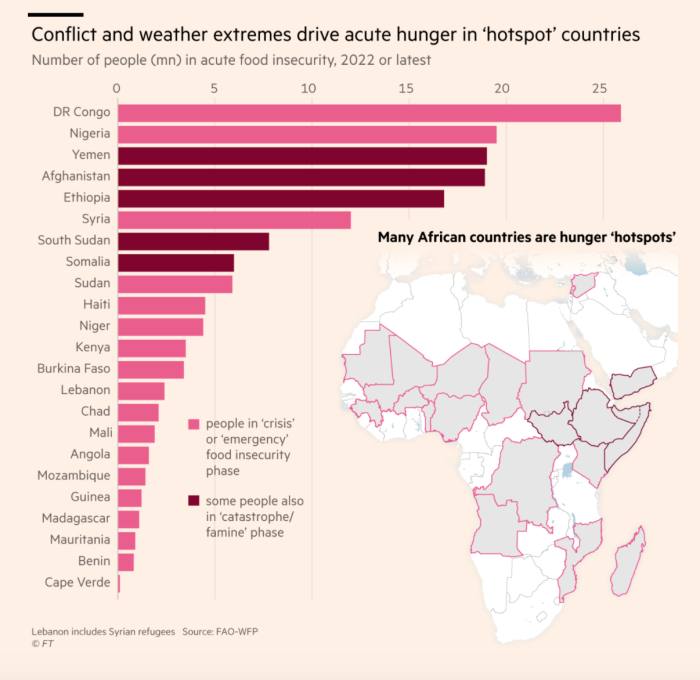 Jay Powell said a US recession is “certainly a possibility” as the Federal Reserve battles the biggest spike in prices for four decades.

In testimony to the Senate banking committee yesterday, the Fed chair acknowledged it was now more challenging for the US central bank to root out soaring inflation due to factors beyond its control, such as the war in Ukraine and China’s Covid-19 policy.

“It’s not our intended outcome at all, but it’s certainly a possibility,” Powell said, responding to a question about the risk the Fed’s plans to raise rates this year could lead to a recession.

He added that because of the “events of the last few months around the world”, it was “now more difficult” for the central bank to achieve its goals of 2 per cent inflation and a strong labour market.

“You know what’s worse than high inflation and low unemployment? It’s high inflation and a recession with millions of people out of work,” said Elizabeth Warren, the progressive Democratic senator from Massachusetts. “I hope you will reconsider that before you drive this economy off a cliff.”

Powell said in a separate exchange there would be considerable risks if the Fed did not act to restore price stability, with inflation becoming entrenched.

Meanwhile, Joe Biden’s plan for the three-month suspension of federal taxes on petrol and diesel to help American families cope with surging inflation has run into early opposition from Democrats and Republicans in Congress.

John Thune, the Republican senator from South Dakota, told reporters that the plan which would involve scrapping the 18.4 cent federal levy on every gallon of petrol and the 24 cent levy on diesel until September was a “gimmick”.

Peter DeFazio, the Oregon Democrat and chair of the House transportation committee, said although well intentioned the plan would “achieve only minuscule relief” for American families facing the fastest rising prices in a generation.

A senior Biden administration official told reporters yesterday that G7 leaders are expected to debate steps to “stabilise global energy markets” at a summit this weekend in Germany.

Thanks for reading FirstFT Americas. Here is the rest of the day’s news — Gordon

Five more stories in the news

2. Germany fears total shutdown of Russian gas pipeline The government in Berlin fears Russia could take advantage of annual maintenance on its main export pipeline to shut off gas supplies to the country completely, increasing the risk of a winter energy crisis in Europe’s largest economy.

2. Emmanuel Macron calls for compromise The French president has urged his opponents to end the nation’s political deadlock by joining his minority government in voting through laws in parliament. The call for compromise made in a televised address to the nation came three days after his government lost control of the National Assembly in legislative elections.

4. Quant hedge funds profit from crypto turmoil A small group of algorithm-driven hedge funds have picked up winnings from rapid declines in digital assets such as bitcoin and luna, as the turmoil that wiped trillions of dollars off the value of cryptocurrencies created a lucrative opportunity.

5. PGA Tour chief blasts breakaway tournament Jay Monahan, commissioner of the PGA Tour, has said that LIV Golf, which is majority-owned by Saudi’s $620bn sovereign wealth fund, was attempting to “buy the game of golf”. Former world number one Brooks Koepka has become the latest player to defect. Read more on the business of sport by signing up to our weekly Scoreboard newsletter.

Jay Powell testimony The Federal Reserve chair will testify before the House Financial Services panel in a second day of testimony on Capitol Hill. Separately, the Fed will release the results of its annual bank stress test, which assesses how a bank would respond to an economic downturn. Here’s what to look out for.

Mexico interest rate decision The country’s central bank is expected to raise its benchmark policy rate for the eighth time in a row. Economists expect the cost of borrowing to increase by 0.75 percentage points, bringing it to 7.75 per cent.

Earnings Logistics group FedEx, often considered a proxy of economic growth, is expected to report a profit of $6.86 a share on $24.6bn in revenues after the market closes. Firearms manufacturer Smith & Wesson will also report earnings just weeks after two high-profile mass shootings in the US. And professional services company Accenture reports results before the bell.

Economic data New applications for unemployment aid in the US are expected to dip slightly to 227,000 in the week ended June 18. Applications have come in at 229,000 in each of the past two weeks, both times exceeding the expectations of economists polled by Reuters.

January 6 hearing A select committee created to investigate last year’s attack on the US Capitol will hold its fifth public hearing in Washington. On Tuesday the committee heard that Donald Trump and his lawyers tried to pressure Republican state officials to overturn the 2020 election.

Ukraine A summit of EU leaders in Brussels is expected to accept Ukraine as a candidate country as the war against Russia rages. Discussions with Balkan countries on their membership ambitions are likely to be overshadowed by yesterday’s ousting of Bulgaria’s pro-EU government.

What else we’re reading

The time to put Donald Trump on trial is drawing near The evidence amassed by the US House of Representatives’ January 6 committee is making it much harder for US Attorney-General Merrick Garland to turn a blind eye. But any prosecution of the former president comes with acute risks, writes Edward Luce.

Why New York gun violence victims may have their day in court Gun manufacturers are broadly shielded from federal lawsuits brought against them in the US, but New York is trying to find a way around that. A woman shot on the New York City subway in April has brought a lawsuit against the maker of the pistol used in the attack: Glock.

Revlon has become a meme stock Revlon shares have zoomed from about $1 a share to $8 a share — less than a week after the company was placed in bankruptcy. But don’t expect a resurgence in the company’s fortunes reminiscent of car hire company Hertz, says Sujeet Indap.

Food crisis bites across Africa Steep global rises in food, fuel and fertiliser prices since Russia’s invasion of Ukraine have compounded economic pain from the coronavirus pandemic and left millions of Africans facing an “unprecedented food emergency”, the World Food Programme has warned. It has also raised the risk of social unrest in poorer countries.

Putinism delays a reformist turn Change is coming to Russia. Precisely, “the Great Change” — the name of a youth movement that the Kremlin is setting up under Vladimir Putin, whose presidency has been defined by domestic repression and mind manipulation, writes Tony Barber.

Innovation Editor John Thornhill selects the best mid-year reads from the world of technology, including a short guide to ethics by Stephanie Hare and a book looking at the power of venture capital by Sebastian Mallaby. Our Summer Books 2022 page has a full round-up of the year’s best reads so far from FT critics and columnists.