Faïza Guène: ‘People wanted me to say: Thank you, France’ – The Guardian 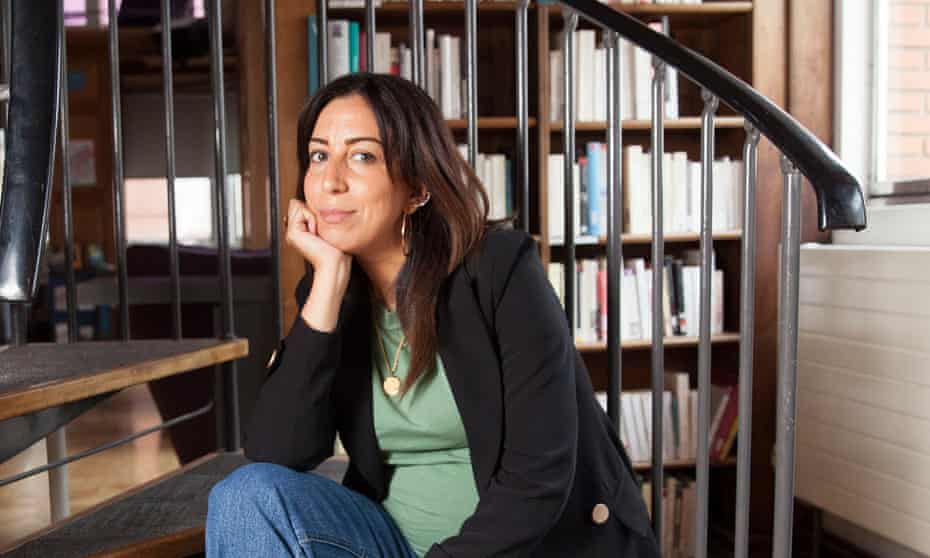 Faïza Guène: ‘People wanted me to say: Thank you, France’

The French-Algerian author on teenage fame, the parallels between her and Zinedine Zidane, and why she admires Bernardine Evaristo

Faïza Guène is the bestselling, award-winning French-Algerian author of six novels largely set among the Algerian community living in the outskirts of Paris. She shot to fame in 2004 at 19 with the publication of Kiffe kiffe demain (Just Like Tomorrow), which used street slang to capture the world of 15-year-old Doria, growing up on the ill-named Paradise estate. Her latest novel, Discretion, tells the story of the Taleb family over seven decades, and their journey from a small village in Algeria to the Paris suburb of Aubervilliers.

Why did you put the matriarch Yamina, whose French-born children are nourished and overwhelmed by a love that “overflows like the Mediterranean”, at the heart of your book?
There are a few memoirs, and studies by historians or sociologists, about immigrant Algerian workers in France. These [men] had a role to play, even if they were exploited, whereas the women stayed at home. So we never heard from them. It was important to me that a woman like that should be the central character of my story.

How far is she based on your mother?
All the parts about the children and contemporary France are invented, but everything that happens in Algeria is very close to what my mother lived through. While working on the novel, I asked her about her first childhood memory. It was the scene of the French soldier who came into their house in Algeria and pointed a gun at her baby brother.

Your novel is very frank about family tensions and the difficulties the younger generation has in finding love. Given the hostile stereotypes about Algerians in France, did you ever feel a desire to present your characters in a more obviously “positive” light?
I tried to be faithful to the characters I had in my head. There aren’t many representations of Algerian families in France. Mostly it’s caricatures – either heroes or delinquents and terrorists. My way of being honest is to make them complex, neither black nor white.

Discretion also touches on the events of 17 October 1961, when the Parisian police killed dozens of pro-independence Algerian demonstrators. How did you come to make a film about the massacre, even before you wrote your first novel?
I was taking part in a workshop near where I lived, where we had to propose documentary projects for local television. I was working with a retired professor of audiovisual arts. He started to tell me about the massacre and I was stunned. I thought it was revolting that I didn’t know about it. I went home and started talking to my parents and I saw that my father was very disturbed. And I learned that he had taken part, that he had been arrested and locked up for two days in the Palais des Sports. It was the most bloody act of repression in Paris since the Paris Commune [1871], with 300 deaths. Even before that, there were lots of Algerians hanged in woods such as the Bois de Vincennes. That history is still present and still haunts us.

What was it like to become famous very young?
For a while, I was all over the press, but in the society pages and not on the literary or cultural pages. That tells you everything! I soon realised that I was a disappointment. People wanted me to say: “Thank you, France. Thanks to you, I was saved by literature.” But I said: “No, I am grateful to my community, my parents, my family. I didn’t want to tell the story of the little Arab girl who was saved by reading.”

Can you tell us about Oussekine, the series you co-scripted for Disney+, which recreates the story of Malik Oussekine, the 22-year-old Algerian student clubbed to death by French police in 1986?
It became a very symbolic event, which co-opted the family’s sorrow and grief. We wanted to describe the reality of what they went through. That also allowed us to describe what it meant to be an Arab in France in the 80s, the reality of racism and the violence of French-style assimilation. The children believed in “the republican promise” and really tried to integrate as much as they could, then this tragedy made them realise that they were still regarded first and foremost as Arabs.

What did you mean when you said that you write like Zinedine Zidane plays football?
When Zidane plays football, he draws on immense technical skills, but the 10-year-olds watching him think it looks easy and want to become footballers themselves. When I write, people mustn’t be able to see the difficulty of what I do. The effort mustn’t be apparent in the book.

Which writers were important to you in helping you find your own voice?
In the beginning, I was inspired by my life, by the stories I heard. I read a great deal, but without “sanctifying” literature. We are the inheritors of an oral culture handed down from generation to generation. There was a storytelling tradition even if there were no books. A bit later, I discovered JD Salinger, who used a very lively style to write about adolescence, then John Fante and more recently James Baldwin.

Can you name a contemporary anglophone writer you particularly admire?
Bernardine Evaristo. I liked her distinctive voice and her way of telling a story in Girl, Woman, Other. I recognised a great deal of myself in that book and it was different from what I had found in French writers.

What book have you recently been impressed by?
I got a letter from a woman who was almost 90 years old, a Frenchwoman who had been a teacher in Algeria. She wrote to tell me she had no heirs and no money but a library with lots of novels from her time in Algeria. When she read Discretion, she realised she wanted to leave her books to me. Her letter made me cry. She sent me a box with all the books. It was wonderful, full of incredible things: the first manifestos of the Front de Libération Nationale [the Algerian independence movement], novels by Algerian authors in Arabic and a French translation of what is considered the first official Algerian novel, Le vent du sud by Abdelhamid Benhadouga. It’s an extraordinary book.