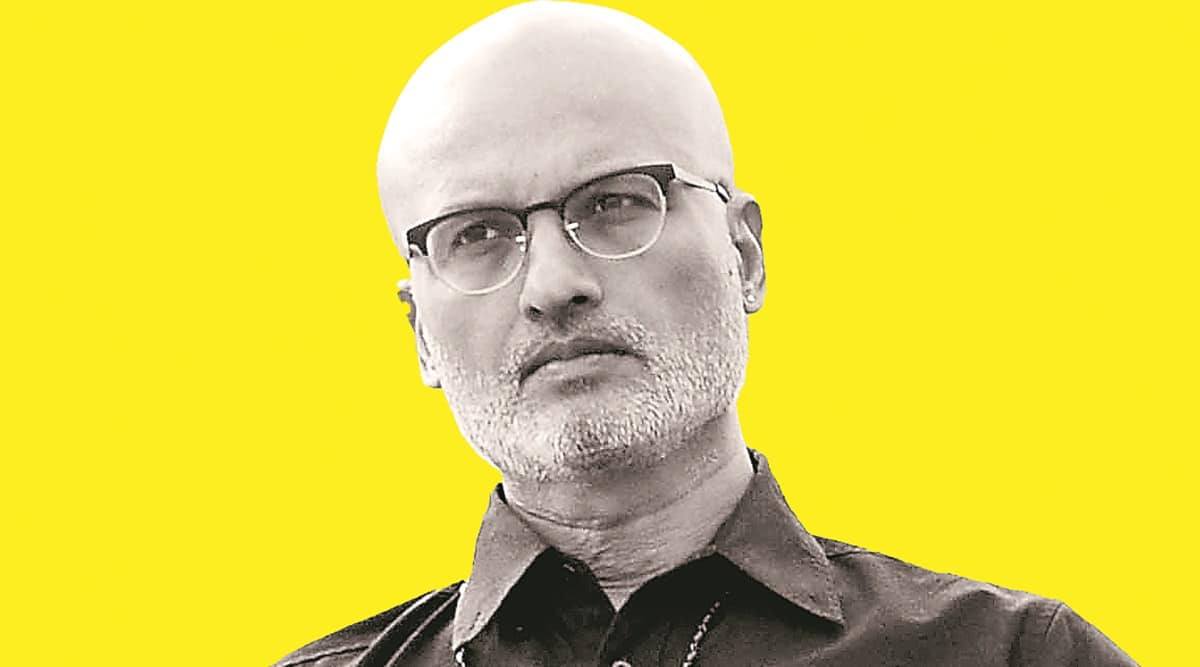 In a small-minded world that pulverises feelings, writing poetry is an act of grace. Poems offer coherence, provide solace, reinstate dignity, and suggest that beauty exists, if only in metaphor. To read The Penguin Book Of Indian Poets now, in a milieu benumbed, is to feel a new lexicon stirring the blood. It is to find, if not salvation, then at least a congregation of kindred spirits, with whom one might discover the rhythm of grief or the wingspan of a moment or the syllables of a city. This anthology, edited by Jeet Thayil, is a collection of 94 poets — 49 women and 45 men from India and the Indian diaspora — who observe and delineate in verse after verse, a ruptured age. Poet Jeet Thayil, who has edited this anthology of Indian poets (Express Photo by Sahil Walia)

There are many ways to read this anthology of poems, written in English, a language unshackled from its colonial past to roam about freely in imagination and memory. The poets don’t appear in either alphabetical or chronological order. “The arrangement in these pages bypasses those systems for the pleasures of verticality,” writes Thayil, in his Foreword, titled “Extinction Violin”. One might decide to begin at the very beginning, with Nissim Ezekiel, and find one’s way to the modernists of the Bombay school — Dom Moraes, Adil Jussawalla, Arun Kolatkar. One might linger over old favourites like Kamala Das’s Summer in Calcutta. One might choose not to read the biographical notes that introduce each poet, and form pleasing misconceptions about a poet’s age.

For instance, to read Yamini Krishnan’s Vulgar is to mistakenly believe that her maturity is the gift of years of worldliness. The tenor of her lines — anger, mellowed by playful subversiveness — could only be achieved by experiencing life, and navigating it with sharp feminist attentiveness: “I love watching women swear, / profanity rolling off of their tongues / like aeons of silence / tumbling out of their systems…” Yamini is one of the youngest contributors to the anthology. To read KVK Murthy’s Bookmark is to imagine the dissipation of young passion: “This I suppose is what endures: / The odd encounter like a sign. / This strand of hair must be yours: / It’s much too long to be mine.”

KVK Murthy, the biography reveals, was born in 1950, and his first book of poems will be out this year.
One might misread a poem, or not read any, to begin with. Madhu Kapparath’s black-and-white photographs of a few of the poets (a very Bohemian Eunice de Souza on the cover, cigarette between her fingers, parrot perched upon her head, utensils on a rack in the background) are distracting enough when one first holds the book, feels its texture, and, quite literally, the weight of its ambition. One might arrive, by accident or by design, at Bruce King’s essay, “A Cultural Monument”, located in the middle of the book, flanked by AK Ramanujan and Moraes. One might choose to read this essay for its lucid historical contextualising of Indian poetry in English. One might then enter new imagistic worlds, or revisit old ones. The Penguin Book Of Indian Poets is an updated version of previous anthologies, also edited by Thayil. These include a 2005 anthology for Fulcrum magazine, Give the Sea Change and It Shall Change: Fifty-Six Indian Poets, as well as The Bloodaxe Book of Contemporary Indian Poets, published in 2008. In his foreword to the new anthology, he mentions compelling reasons for its existence, for its range and variety: “In the intervening years the world had transformed, and where form had been the theme for the earlier anthologies, more urgent considerations were now in play. Unsurprisingly, the book developed an end-of-the-world climate all its own, a sense of catastrophic atmospheric changes…” The overtly political verses of the poet who uses the pseudonym Hamraaz, or the sudden violence of Shalim M Hussain’s lines create microcosms riven with random cruelties: In I Loved You, Shalim offers a savage change in mood: “I loved you behind a public notary’s desk at the Guwahati High Court / Before a blast threw a hammer at my ribcage.”

The anthology is a catalogue of cities, of streets, of rooms familiar and strange, overcrowded and bare. One could find oneself in Hounslow High Street in 1979, passing by Brentford Nylons, or in anonymous hotel rooms and morgues. One might discover a basement cafe on Prince Street in Glasgow, or arrive at Britannia Café in Bombay and sit between Simon Rhys Powell and Kolatkar. One might observe a lunatic posting a letter to the sky in Laitumkhrah. Each poem is a personalised map, locating an old garden or a familiar scent or tracing the shape of a myth or plotting the distance between here and back home. In his afterword, Thayil delineates the many condemnations that Indians who write in English are vulnerable to. Their authenticity is questioned, their lack of rootedness is criticised. One might choose to read this afterword only to become intensely aware that each poem in the anthology is history recorded with skill and devotion, in a language that is indelibly one’s own.

Radhika Oberoi is the author of Stillborn Season, a novel set amid the anti-Sikh riots of 1984