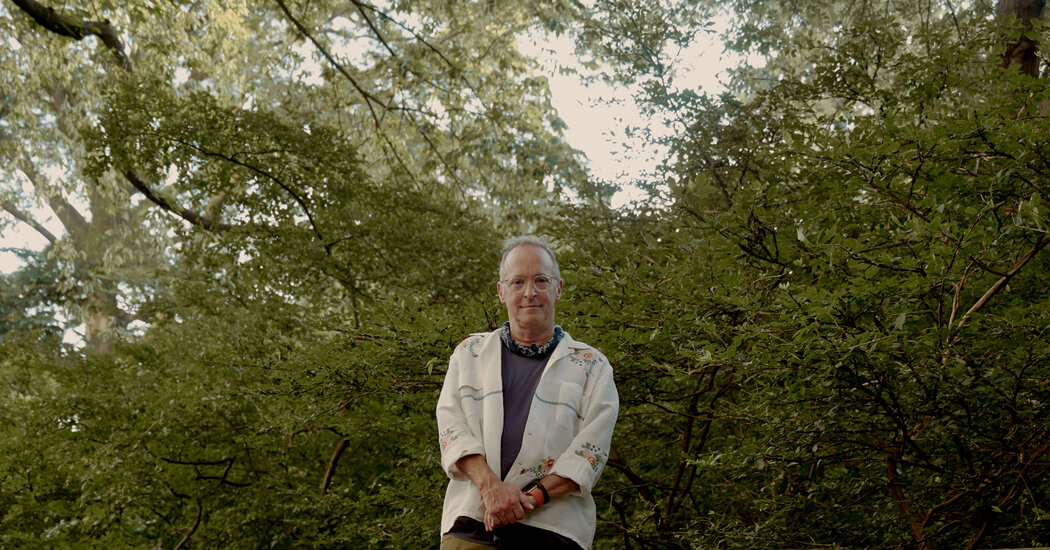 In the midst of a grueling book tour, the best-selling author makes time to dispatch notes to people he’s met along the way.

If you’ve read David Sedaris’s latest best-selling essay collection, “Happy-Go-Lucky,” you understand why he politely requests your address at the beginning of a phone interview. “When I go on a book tour, I write to everyone who interviews me, to every store and media escort,” Sedaris humbly brags in “A Speech to the Graduates,” his commencement address for the Oberlin College class of 2018. “You know who else does that? Nobody.”

When a publicity blitz includes more than two dozen stops in multiple countries, as Sedaris’s current one does, this is an impressive feat. So why doesn’t he fire off an appreciative email or simply evaporate into the next time zone, as most busy authors do? “It kind of tells you how somebody was brought up,” he said. “I had a great-aunt who sent me to summer camp in Greece. Now if that’s not worthy of a thank-you note, I don’t know what is. My mother had to put a gun to my head to get me to write that thank-you note. But when I became an adult I just realized how important it was.”

Given his trademark persnicketiness, it’s no surprise that Sedaris has certain standards for his correspondence. He may not follow up with an interviewer who asks boring or dense questions such as “What is your writing like?” or “What does your mother think?” (His mother has been dead for decades — and no, he doesn’t use euphemisms like “passed away,” as he explains in the book.) Sedaris avoids stationery printed with goopy messages; he’s partial to cartoon postcards purchased in Germany, “the capital of cartoon postcards,” where he holds a record for bulk buying at a store in Berlin. He tries not to repeat himself, which can be a challenge. Sedaris said, “This morning I was writing Politics and Prose a thank-you letter and I thought, ‘Oh, I hope it’s not identical to the one I wrote the last time! I’ve been there so many times, chances are they could have a big collection.’” He’ll focus on something personal, like “somebody at the store who brought me something to eat or drink.”

Sedaris has an important message for the recipients of his notes: You don’t have to write back. It’s not that he doesn’t want to hear from you; it’s just that the logistics get complicated. He explained, “Sometimes I write someone a thank-you letter and they’ll write me a thank-you letter for my thank-you letter. You have to cut that off at some point. There are only so many pen pals you can have in your life. The gratitude spiral has to end.”