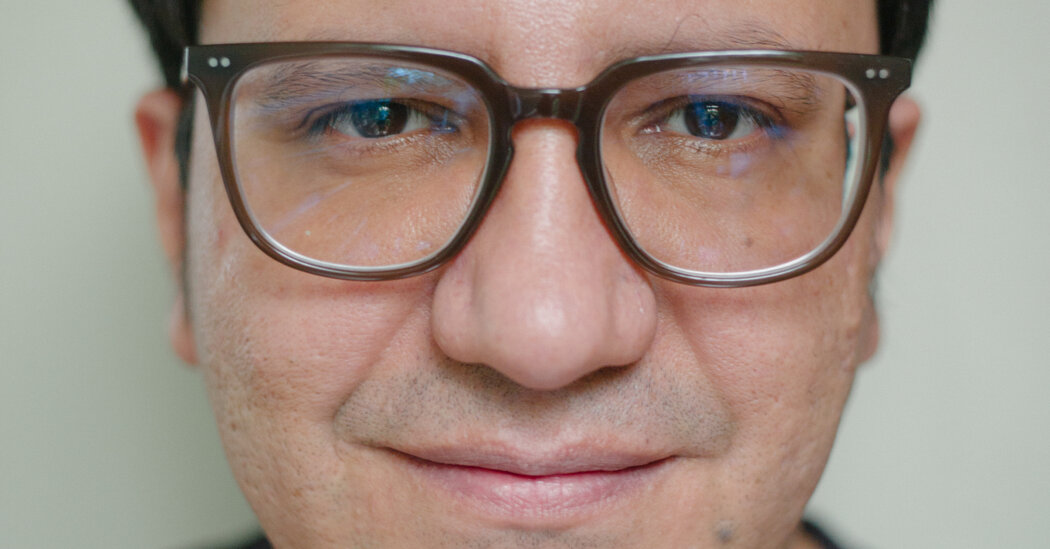 In August 2010, a gold and copper mine in northern Chile experienced a catastrophic collapse , leaving workers trapped nearly half the mile underground. Rescue drills were dispatched, but there were no signs of life. Then, 17 days after the incident, one of the drills returned to the surface with a note taped to it. “The 33 of us in the shelter are well. ”

The words swiftly became a slogan emblazoned on T-shirts as NASA was called in to assist in a risky rescue mission. Meanwhile, in a small chamber below, the trapped miners organized themselves. They appointed a medic (whom they known as Dr . House), a TV “presenter” who hosted the vlogs they sent to the surface and, of course , a poet. I say “of course” because this is Chile. “Being a Chilean poet is like being” — to quote a character in the new novel by Alejandro Zambra — “a Peruvian chef or a Brazilian soccer player. ”

You could say poetry is Chile’s national sport. The country has produced two poet Nobelists, Gabriela Mistral and Pablo Neruda, as well as other titans of verse like Pablo de Rokha and Vicente Huidobro. Zambra’s novel, the playfully titled “Chilean Poet, ” is a lighthearted study of the contemporary Chilean literary scene as its members try to come out from under the shadow of these figures while also clinging to their legacy.

At the novel’s heart is the relationship between Gonzalo, an aspiring poet, and his stepson, Vicente, who grows up to become — you guessed it — an aspiring poet. Zambra uses their bond, forged through care rather than blood, to think through literary (and literal) inheritance. As its jocular title suggests, “Chilean Poet” complicates the notion of an artistic birthright rooted in national identity while also acknowledging, with a tender and humorous shrug, that it’s not an easy thing to give up.

Zambra, who now lives in Mexico City, was born in 1975 and, like Gonzalo, raised in Maipú, a suburb of Santiago. He began his career as a poet, but it was his first novel, “Bonsai, ” that catapulted him to stardom. “Bonsai, ” taut and full of verve, was about a writer working on a quasi-autobiographical novel about a couple that nurture a bonsai tree together. It won Chile’s Literary Critics’ Award for Best Book, was made into a feature film and earned a stamp of approval from Junot Díaz, who praised it in the 2012 New York Time s interview as “a total knockout. ” Zambra’s next three novels were similarly compact and formally experimental. His characters are mostly middle-class artists and intellectuals, frequently writers struggling to find their voice.

In “Chilean Poet, ” that struggle is real. The novel is rife with bad poetry, intentionally. It opens with Gonzalo like a teenager in 1990s Chile, trying to win back his girlfriend, Carla. Desperate, he starts churning out sonnets, “moved by the Nerudian hope associated with managing to write something so extraordinarily persuasive that Carla could not go on rejecting him. ” Neruda he is not; “I’m like a pisco sour sans alcohol, ” one poem reads. Carla, it turns out, is more interested in “a muscular Argentine” than quatrains. Nine years later, they bump into each other at a gay club in Santiago. “I’m not gay! ” he clarifies loudly. The two rekindle their romance, and Gonzalo becomes stepfather to Carla’s young son, Vicente.

However , Gonzalo takes offense at the Spanish word for stepfather, padrastro , which is formed by supplementing padre (father) with the suffix – astro , an ending that conveys a pejorative meaning. When Gonzalo looks up the definition of padrastro in the dictionary this reads: “Obstacle, impediment or inconvenience that hinders or even does damage to a thing. ” Gonzalo fumes, wondering if Vicente will tell people: “My padrastro is a poetastro ” — a bad poet. Biological fathers in “Chilean Poet” tend to be deadbeats like Gonzalo’s libertine grandfather, whom this individual calls “the lech. ” The lech brags that he met Neruda and “all the great Chilean poets. ” In Zambra’s tale, it is fathers, and literary forefathers especially, who come with baggage — including a hefty dose of machismo .

Whether Vicente, now 18, can shake off that lineage is tested when he spots a gringa vomiting at a bus stop. It is Pru, an older, amply chested blond journalist from New York who is in Chile recovering from a breakup and looking for a story. In the interest of — well, not quite journalism — Vicente is eager to assist her. He and a friend offer to arrange interviews for her along with contemporary Chilean poets. Her editor back in New York loves the idea, gushing unironically: “We’re going to discover a bunch of savage detectives” (a joke about the endless comparisons to Bolaño every contemporary Chilean writer endures).

How much you enjoy “Chilean Poet” will depend on the amount of patience you have for the trend of writer-protagonists, a symptom of the autofictional turn. The stream associated with poets, journalists and literary types in the novel had me wishing the veterinarian Vicente’s cat is taken to had a bigger story arc.

“Chilean Poet” is most compelling when it situates the minor dramas of the Latin American literati within the broader politics of how that identity has been constructed in the first place. Pru’s presence is essential to that meaningful shift. As a writer from New York, she wields not a small amount of power in Chile. Her interviewees are nervous and come ready with quotable lines. An Indigenous poet complains of the “‘intelli-nonsense’ of some Santiago poets. ” Another worries her poet ex-husband will be stereotyped as a typical patriarchal Latin man plus assures Pru: “He totally deconstructed his sexism. ” Pru introduces an important element to the novel’s dialogue with Chilean poetry, namely that the idea of a national literature, particularly for Latin American writers, has a history of being utilized as a branding tool in the global marketplace.

Indeed, Zambra is sometimes invoked as part of a new “boom” of Latin American writers. The original term refers to a period in the 1960s and ’70s when literature from South America enjoyed dizzying levels international renown. The “boom” took on special relevance in the United States against the backdrop of the Cold War. After the Cuban revolution, Washington and private interests (such as the Rockefeller Foundation), fearing communism could spread across the southern continent, set up cultural diplomacy programs and sponsored translation grants that will put Latin American books on the radar of many American readers for the first time. Writers want Mario Vargas Llosa, Carlos Fuentes, Clarice Lispector, Silvina Ocampo and Gabriel García Márquez were being translated into English by major presses and reviewed simply by critics in venues that governed the tastes of literati and academics. In other words, the pressure Zambra’s characters feel to be a Chilean poet, rather than merely poets from Chile, is not just an internal 1.

The Cold War’s cultural coffers may have dried up, but Latin United states literature is again having something of a resurgence in the usa, thanks largely to translators like the prolific Megan McDowell, who else translated “Chilean Poet. ” She has translated upward associated with two dozen works by contemporary Latin American writers, especially women, including Mariana Enríquez’s “The Dangers of Smoking in Bed, ” Samanta Schweblin’s “Birds in the Mouth” plus Lina Meruane’s “Nervous System. ” Though one might envision her as Pru, an American in the throes from the Chilean literary scene (McDowell is from Kentucky and now lives in Santiago), she also knows a bit of the Chilean characters’ plight, the joys and pains of being seen as a part of some larger phenomenon rather than as an individual.

In a 2017 job interview with The Paris Review, McDowell shared her theory that this reason she became the translator is that she is a twin: “A translated text is like an uncanny double of the original. As a twin, you define yourself — and others define you — in relation to each other, not as the discrete entity. ” No wonder, then, that Zambra and McDowell have made a good team here; “Chilean Poet” treats the thorny topic of collective identity not as tragedy, but as a familial comedy. Its laughs are forged across languages, in sibling-esque back-and-forth, so mutually constituted by both English plus Spanish that one happily loses track of any original.