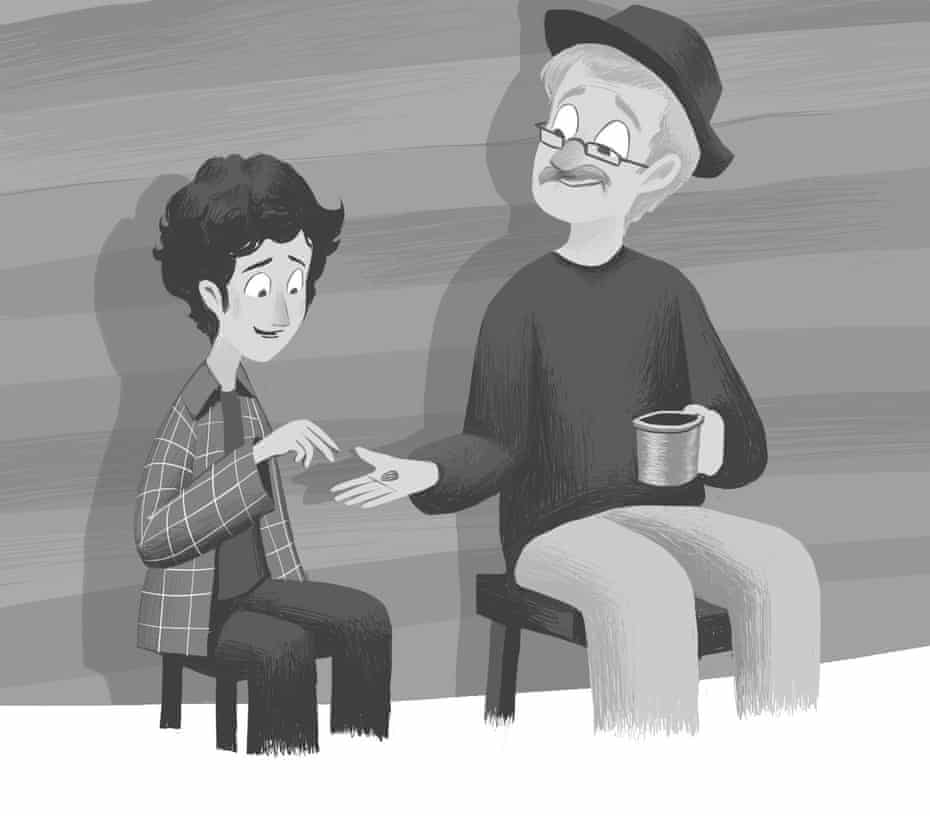 The modern plague of celebrity children’s authors has honourable exemplars. Step forward, child poverty campaigner Marcus Rashford, who follows his hit of 2021, You Are a Champion (voted book of the year at last week’s Nibbies), and his children’s book club with his middle-grade fiction debut.

The Beast Beyond the Fence (Macmillan, £6.99), the first of The Breakfast Club Adventurers series, was co-written with Alex Falase-Koya and stars a football-mad, 12-year-old kid called Marcus. His touch has deserted him since his most cherished ball disappeared over the school fence. An uncertain alliance forms at the school breakfast club to solve this and other mysteries. But a terrifying, ectoplasm-oozing beast lurks behind the fence.

There’s more than a whiff of Scooby-Doo here, but the insight – that many things are not as they appear – is delivered in more ways than one. Hats off, too, to Marta Kissi’s vivid illustrations – a half-eaten Nintendo Switch; the pages that go white-on-black at night.

Marty, meanwhile, is an ordinary kid at another normal school, this time in Wales, from where celebrated author Caryl Lewis makes her English-language debut. Marty’s mum has more bad days than good, and his peers call him Stig because hygiene and new clothes don’t happen often. But Marty’s new friend Gracie doesn’t care, and Marty’s grandfather is a kind eccentric. His latest scheme? A magic bean.

What ensues is a tremendous fable, rooted in realism but rich in wish fulfilment. Seed (Macmillan, £7.99) feeds on secret dreams, and this most cockamamie scheme of Grandad’s – to go to Paris – might work out, if everyone pulls together.

There are schools, and there are mysterious academies where destiny sends the chosen. Skandar and the Unicorn Thief by AF Steadman (Simon & Schuster, £12.99 hardback) is the first in a series that garnered Steadman a record-breaking deal for a children’s debut. Combining elements from other blockbusters – loosely, it’s How to Train Your Hogwarts – Steadman’s clever trick is to make unicorns terrifying, and her plot hard to predict.

Young Skandar wants nothing more than to hatch a unicorn egg, become a rider and compete for glory. Unexpectedly barred from an exam, he is spirited to the unicorns’ island by a mysterious benefactress, and swiftly learns that his just discovered elemental magic is outlawed. Skandar’s search for answers is set against a backdrop of rampaging wild unicorns and a mysterious figure called the Weaver, hell-bent on destroying not just the island, but the mainland too.

In Onyeka and the Academy of the Sun by Tolá Okogwu (Simon & Schuster, £7.99), young Londoner Onyeka struggles to understand why her mother is so strict and why her hair is so uncontrollable. Soon it becomes clear: her locks have powers, she has been in hiding, and her scientist father is missing. Onyeka is transported to a top-secret training school in Nigeria, where “Solari” learn to use their superhero skills. But there is much more afoot in this inventive and riveting thriller, where an abundance of 21st-century tech meets old-fashioned skulduggery and skilfully drawn characters. A Netflix film is forthcoming.

Just as convincing is Fake, by the celebrated children’s author Ele Fountain (Pushkin, £7.99), an all-too-real thriller for the mature end of the age range. Thanks to the failure of antibiotics, children don’t meet peers outside their bubble until they are 14, when they go away to school.

Despite this hi-tech reality, Jess’s loving family life is barely tenable. Her parents raise crops to sell to pay for Jess’s sister’s medicine, which only becomes more expensive. While Jess is at school, wondering who to trust, her family fall off the grid entirely, and it takes all of Jess’s illicit knowledge and tentative friendships to get to the bottom of what’s really going on.

You can’t move for girls solving mysteries in kid-lit, and rightly so. British Library educator JT Williams has refreshed the genre immeasurably with Drama and Danger (Farshore, £7.99), the first in The Lizzie and Belle Mysteries series. Dido Belle really was the great niece of the lord chief justice who ruled on important cases during the slavery era. Lizzie Sancho really was the daughter of Ignatius Sancho, former enslaved African, Georgian tea-shop owner, lettrist and abolitionist. Williams imagines what these two young Black Britons might have done had they met one night at the theatre, where Sancho Sr was taking the stage, the first Black man to play Othello.

That last bit is poetic licence, but this vivid threatreland mystery – whose atmospheric setting recalls Philip Pullman’s The Ruby in the Smoke series – is deeply rooted in the abolitionist milieu and resonates sonorously today.