Book Review: ‘The Books of Jacob,’ by Olga Tokarczuk – The New York Times 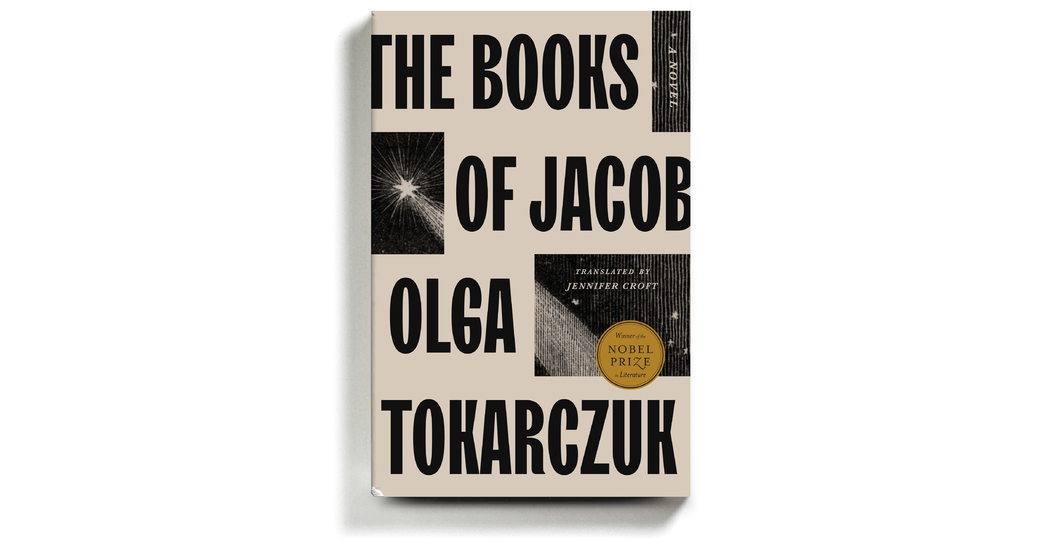 The Polish writer Olga Tokarczuk was, in 2019, a youthful winner of the Nobel Prize in Literature. She was 57, dreadlocked, mischievous of politics, a vegetarian.

Her novel “Drive Your Plow Over the Bones of the Dead” had recently been turned, by Agnieszka Holland, into the film “Spoor,” a slice of existential and ecology-minded dread.

Tokarczuk (pronounced To-KAR-chook) was not among those laureates the Swedish Academy sometimes seems to prop up in the crypt for a final viewing. Her career was, and is, in full gallop.

Her novels — they are often both pensive and mythic in tone — are slowly making their way into English. In addition to “Drive Your Plow,” these include the philosophical and often dazzling “Flights,” about travel and being between stations. It won the 2018 Man Booker International prize.

Tokarczuk’s most ambitious novel — the Swedish Academy called it her “magnum opus” — has long been said to be “The Books of Jacob,” first published in Poland in 2014. It’s here now. At nearly 1,000 pages, it is indeed magnum-size.

Even its subtitle (rare, on a novel) is a mouthful. The first third reads: “A fantastic journey across seven borders, five languages and three major religions, not counting the minor sects.”

Set in the mid-18th century, “The Books of Jacob” is about a charismatic self-proclaimed messiah, Jacob Frank, a young Jew who travels through the Hapsburg and Ottoman empires, attracting and repelling crowds and authorities in equal measure.

Frank is based on a real historical figure; the author has clearly done her research. Tokarczuk hews closely to the twists and turns of Frank’s fate as he converts to Islam and then to Catholicism and, along the way, becomes a proto-Zionist.

Convicted of heresy, he spends many years in prison. His ideas are important, as they say, if true.

To remark that “The Books of Jacob” is about the vexed wanderings of a cult leader, however, is akin to remarking that Thomas Pynchon’s “Mason & Dixon” is about two men who go for a walk.

“The Books of Jacob” is an unruly, overwhelming, vastly eccentric novel. It’s sophisticated and ribald and brimming with folk wit. It treats everything it bumps into at both face value and ad absurdum. It’s Chaucerian in its brio.

This Jacob, he’s a specimen: muscular, tall, dimpled. His abundant beard gleams in the sun. He is as graceful as a red deer. He is enigmatic and earthy, a singer of filthy songs.

He heals the sick and renders lost things found. A comet follows him in the sky. The chickens he touches lay eggs with three yolks.

A greasy nimbus of borderline-comic sexuality swims around him. Women are said to gaze in astonishment at his genitalia.

Later, it is said that he has two penises. Conveniently, it seems he can retract one when two seem like a handful. He can make women pregnant by looking at them, as Jim Morrison was (I think) said to be able to do.

Multiple other characters spin in orbit around him. There are serried ranks of wives and lovers and misfits and buttinskies and assorted hangers-on.

Two supporting characters are particularly important. One is Nahman, a rabbi who becomes Jacob’s Boswell. Awkwardly, Nahman’s wife and Jacob despise each other.

Then there’s Yente, an elderly woman, on the edge of death, who swallows an amulet and becomes essentially immortal. She views the action as if from atop a minaret and serves, as Tokarczuk semi-jokingly put it in an interview, as a kind of “fourth-person narrator.”

This enormous novel makes space for a landslide of incident and commentary. There are plagiarism scandals and the cutting of difficult toenails. There are misanthropic doctors and bishops with gambling debts. Bloodstains are bummers.

The usefulness of Latin is debated, gout is suffered, colds are caught, large breasts are fetishized, fresh-squeezed pomegranate juice quaffed. At a key moment, a character might wander off and weed the oregano. It’s that kind of book.

Tokarczuk can be very funny. Jacob asks, in front of one audience: “Why does the spirit like olive oil so much? Why all that anointing?” Jennifer Croft’s sensitive translation is in tune with the author’s many registers; she even makes the puns click.

The comedy in this novel blends, as it does in life, with genuine tragedy: torture, betrayal, imprisonment, death.

Darker themes surface. Jews are hounded, chased across the landscape. Early intimations of the Holocaust are felt.

The author pays close attention to the fates of female characters. Inequalities are always on pointed display. “How did it happen,” one character thinks, “that some have to pay while others collect?”

“The Books of Jacob” feels modern in its sense of an old order ending. End times feel closer than they once did. People hear “the clanking of the angelic arsenal.” Jacob offers his grateful followers a sense that someone has a handle on what is going on.

This novel’s density is saturnalian; its satire nimble; academics will tug at its themes, as if they were pinworms, for decades. The author’s enthusiasm never flags, even when a reader’s does. She bulldozes the sprawl forward.

Yet the characters remain at a distance. “The Books of Jacob” rarely touches the emotions. No page, for me, turned itself. A word from “Finnegans Wake” came to mind: thunderslog.

I don’t mean to dissuade. As with certain operas, I’m glad to have had the experience — and equally glad that it’s over.