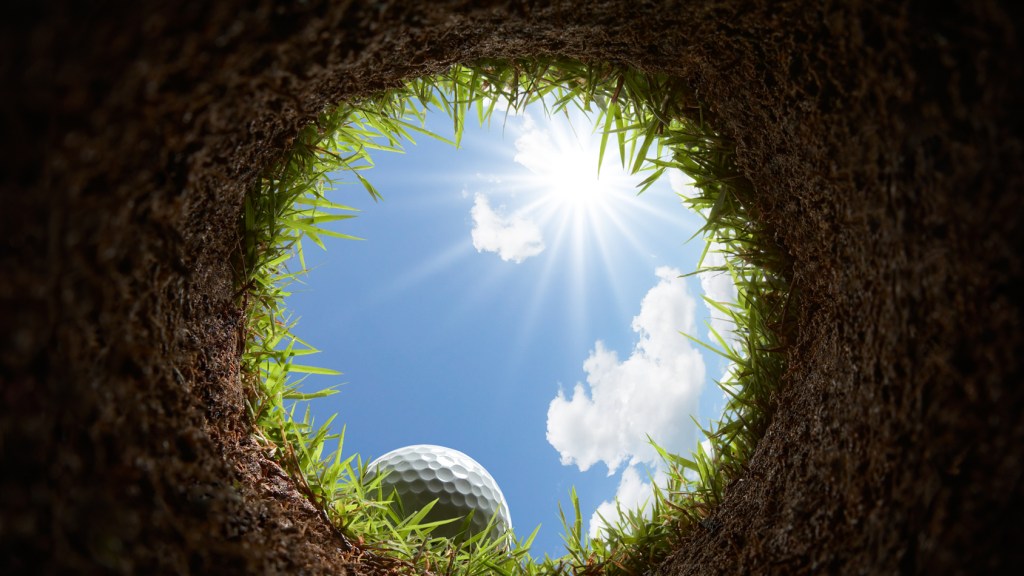 I don’t mean to make Rick Reilly feel old, but as a kid I used to run to the mailbox on Thursday, grab my new copy of Sports Illustrated, flip to the back, and drop everything to read his latest back-page column.

So, it was with great anticipation that I dove into reading Reilly’s latest book, “So Help Me Golf,” which was released last month (Hatchette Books, $29.)

Reilly channels his insatiable curiosity, trademark sense of humor and vast knowledge of the game in what amounts to a collection of 80 new columns that is a love letter to the game he clearly loves so much.

I’ve been fortunate to get to know Reilly a bit in the press room and we were colleagues for a hot minute at The Athletic in 2018, but still, I had no idea that he grew up with a father who was an abusive alcoholic with a golf habit too, and how that colored his feelings about the game initially.

Reilly also recounts how he talked editors at Sports Illustrated into letting him do a story on the 18 most unforgettable golf holes around the globe. He flew around the world for the story but never wrote it … until now. His scorecard includes an underwater hole in Australia, a green in Indonesia where monkeys are the most serious hazard and a par-3 shoe over a pit of alligators.

There are stories of Hall of Famers such as Tiger Woods, Phil Mickelson and Greg Norman – I didn’t know that Ernie Els throws away every ball that makes a birdie – and lesser-known pros such as Joe Dahmen and his funnyman caddie Geno, Maverick McNealy and unlikely major winner Sophia Popov. He writes poignantly about Erik Compton competing on his third heart, and the equally impressive displays of courage by Amy Bockerstette and Casey Martin. There are hilarious practical jokes played, bets won and lost and the sad story about how he got screwed out of millions of dollars by a certain company (TopGolf).

Reilly has been writing this book in the back of his head since he fell in love with golf at age 11. He’s at his funniest when he’s a participant, whether trying speed golf, to beat the 55 shot by Rhein Gibson at the same course (with 100 mulligans), or attempting to play the most mini-golf in one day.

Reilly gets to the heart of why we love this game and all the aspects that make golf so utterly addictive. I laughed and smiled at his one-liners and original turns of phrase every bit as much as when I used to run to the mailbox with anticipation to read his work. The final father-son story and Reilly’s epilogue of sorts had all the feels for my dad, who texted that it got a little dusty in the room as he closed out the book. For me, it was just further confirmation that Reilly’s lost nothing off his fastball. He’s still in a league of his own at making readers laugh at one moment and tear up the next.