Book Review: “O Say Can You Hear? A Cultural Biography of ‘The Star-Spangled Banner,’” by Mark Clague – The New York Times 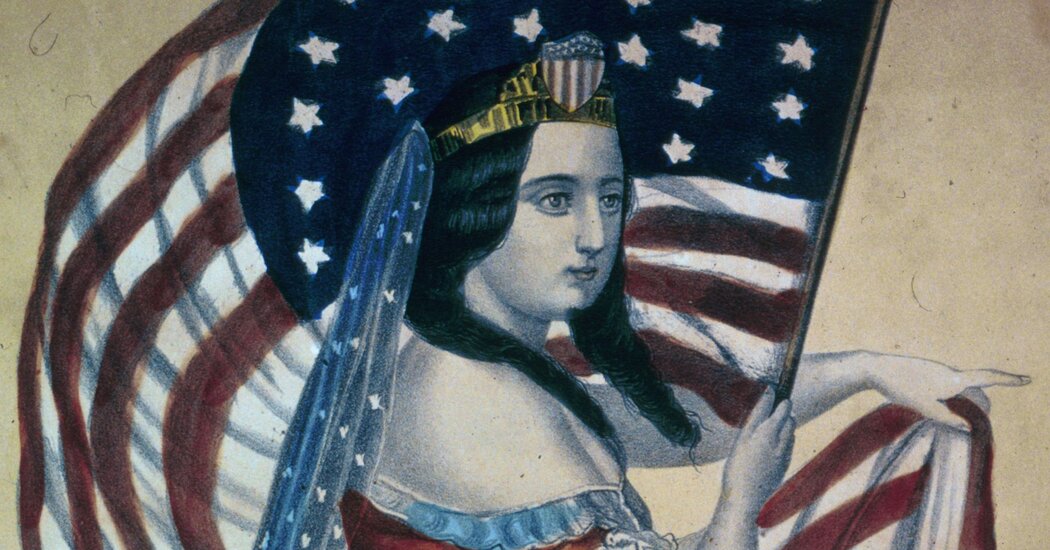 In his comprehensive study of the national anthem, a historian and musicologist examines our complicated relationship to a famously challenging song.

O SAY CAN YOU HEAR? A Cultural Biography of “The Star-Spangled Banner,” by Mark Clague

Mark Clague knows everything about “The Star-Spangled Banner,” including how you feel about it.

He knows of every tribute, genuine and forced, and he’s read all the criticisms of the national anthem’s jingoism, its triumphant militarism and its original lyrics’ inclusion of the word “slave,” but not the word “America.” In fact, his knowledge of the song’s history and its uses, benign and otherwise, is so comprehensive that I was surprised he didn’t quote my personal favorite, delivered by Belize in “Angels in America,” when he claims the slaveholder who wrote the national anthem “knew what he was doing. He set the word ‘free’ to a note so high nobody can reach it. That was deliberate.”

Clague, an associate professor of musicology and American culture at the University of Michigan, has produced a work so encyclopedic, its chapters can be read per your inclination — if you are most interested in, say, what the anthem has represented to African Americans, turn to Chapter 8, “The Anthem and Black Lives.” But I recommend reading them in order, because doing so also proves the book’s thesis: that, contrary to popular myth, “The Star-Spangled Banner” was not forced on Americans by some imperious authority, but chosen by us, en masse and over decades. When Congress proclaimed the song America’s official national anthem in 1931, almost 120 years after its composition, it was acknowledging a battle that had been won long before. The question, which this immensely interesting and readable history sets out to answer, is how that victory was earned.

The lyrics were composed by the lawyer, politician and amateur poet Francis Scott Key while held prisoner by the British in Baltimore Harbor during the War of 1812. The British, having already burned much of Washington, D.C., had turned to Baltimore. The British Navy had brought their most terrifying weapons to bear, the “bomb ships” — those “bombs bursting in air” — and if Fort McHenry were to be neutralized, British troops would freely enter Baltimore, and surely burn it to the ground.

Clague even creates a detailed military map of the engagement to demonstrate how “perilous” that fight really was. The first verse, the only one now sung, ends, as every child knows, with a question:

“Oh, say does that star-spangled banner yet wave/O’er the land of the free, and the home of the brave?”

In the complete version, Key details his relief at finally seeing the flag, and rejoices in the promise of future victories. But those three verses are rarely sung, and leaving the question unanswered might be the secret to the song’s hold on the American public. It is not an anthem that, like “La Marseillaise,” calls for our enemy’s “impure blood to water our fields.” Rather, it’s a song for a country that is still in the fight, for its existence and its ideals, and it offers an invitation to any and all — the “you” of the first line —- to join that fight, even if in Key’s time the “you” was hardly inclusive.

Contrary to myth — again! — the lyrics were not later set to the tune of a drinking chantey. In fact, Key wrote his lines to fit the popular, pre-existing “Anacreontic Song.” As musical scores were difficult to print, alternative lyrics to known melodies were the primary means of disseminating music. This one had been commissioned by a musical London gentlemen’s club; composer John Stafford Smith had crafted a challenging tune designed to allow soloists to show off their virtuosity. (Belize was more right than he knew.) There were countless lyrics set to the melody, one of America’s first viral sensations.

The rise of “The Star-Spangled Banner” from popular hit to de facto and then official national anthem is, naturally, tied up in war. It became immensely popular in the North during the Civil War, and thus forbidden by the Confederacy, which rejected both the song and the flag. Union prisoners sang it to raise their spirits in Southern camps, and Union brass bands — playing in combat! — deployed it to rally the troops. By World War I, Americans were expressing fervor for the song whether they felt it or not. Geraldine Farrar, a singer with connections to Germany, became the object of fury when she remained seated during the playing of the anthem, perhaps the first American to be threatened with professional extinction for not performing the required genuflection. Soon, she too was belting out the anthem in concert, literally wrapped in a flag.

Colin Kaepernick, the latest prominent American to be punished for not demonstrating the required devotion, gets surprisingly little attention here, but that’s only because he is far from the only athlete to suffer for his heresy. The sprinters Tommie Smith and John Carlos were thrown out of the Mexico City Olympics in 1968 for daring to raise their fists during their own medal ceremony, and Mahmoud Abdul-Rauf, of the Denver Nuggets, was suspended by the N.B.A. in 1996 — not because he knelt or raised a fist or finger while the anthem played but simply because he remained in the locker room. After the uproar, he agreed to come out and bow his head, but that wasn’t enough to calm outrage; he was out of the league within two years (with a brief return in 2000) and, to date, has not starred in a Nike ad.

While he details these many instances, Clague has no patience for anyone who demands such reverence from others, and he’s no fan of the jingoistic military displays that often accompany performances at major public events. But he reveres the anthem itself, and he makes the strongest case for the song in his detailed analysis of what he calls its most successful modern rendition, Whitney Houston’s performance at the 1991 Super Bowl.

It’s fascinating to hear the “Original 1813 version” of the song, and only then watch Houston’s. The 19th-century original has the 3/4 rhythm of a waltz, a mildly monotonous buggy ride through ornate language, enlivened slightly by a chorus. It is also performed by an all-white ensemble, a perhaps unconscious nod to the fact that Key wrote of “the land of the free” while claiming as property other human beings.

Houston’s version, though, is transformed by artistry and personality and musical genius. She has changed the time signature to 4/4, and imbues the melody with the ornamentation of jazz, blues and, most important, gospel. By the time she gets that highest “FREEEE” she not only reaches but goes above it, expressing ownership of the word and the gesture. While the lyrics may remain as written, the meaning of a crucial word in the first line — “you” — has been wrenched from past to present to be addressed, at last, to all of us.

So: Does that star-spangled banner yet wave o’er the land of the free and home of the brave? Not yet, perhaps. But listening to a descendant of the enslaved claiming the song of a slaver, you want to believe it someday might.

Peter Sagal is the host of NPR’s “Wait Wait … Don’t Tell Me!” His latest book is “The Incomplete Book of Running.”