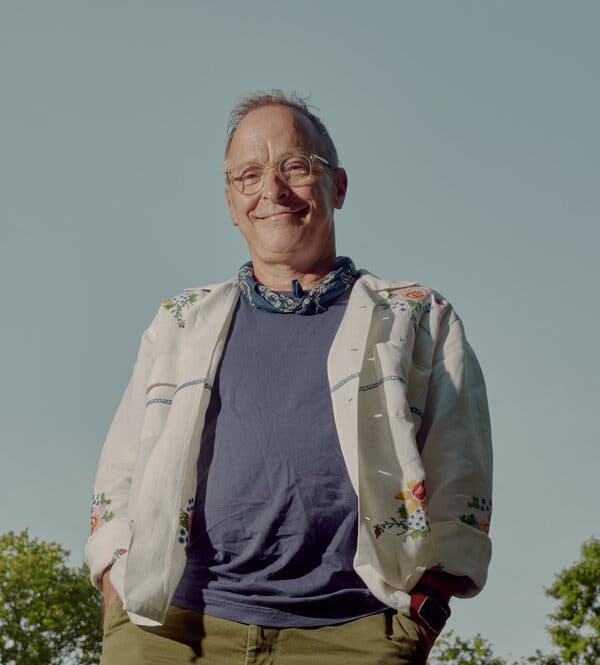 To hear more audio stories from publications like The New York Times, download Audm for iPhone or Android.

In the past five years, David Sedaris has published seven books — two essay collections; an anthology; two diaries, both more than 500 pages long; a visual compendium to the diaries; and an ebook version of an essay. Can an eponymous fragrance be far in the offing? (“Se-daring. For the imp in you.”)

Depending on your point of view, this onslaught — particularly given that Sedaris likes to revisit scenarios that he’s already written about — may strike you as either overgenerous or delightful. I fall into the latter camp, partly because “retention” is merely a word to me, and partly because I hold that the essential trait of a literary classic is that it is so textured that one can reread it and usually find something new.

Sedaris’s last collection, “Calypso,” practically destroyed me. Between the accounts of his troubled sister Tiffany, who died by suicide, and those of his father, who was begrudging and abusive to Sedaris throughout his life, I welled with tears four times. I chuckled frequently and projectile-laughed once. Most contemporary comic essayists have honed their powers of self-deprecation into excoriating, and sometimes exhausting, laser beams, but Sedaris is often willing to apply this same level of scrutiny to other people as well — and to do it without being nasty. For readers this can be eye-widening, and sometimes exciting, and surely is part of what makes Sedaris’s work such a sneaky, subversive thrill. Whether he’s detailing how his father, Lou, liked to eat food that he’d hidden around the house until it rotted, or he’s going off on homeless people in Portland, Sedaris dispenses with the parameters of You Can’t Say That like a tween boy scorching ants with a magnifying glass.

In my favorite type of Sedaris essay — the kind I’ll keep rereading — the author takes an unusual or taboo topic, such as death or incontinence, and then shows us how a group of flawed characters including himself circle around that topic; but then, in the last paragraph or two, he unleashes a blast of tenderness or humanity that catches you off guard. Take the new collection’s offering “Hurricane Season,” which, mostly set at Sedaris and his boyfriend Hugh’s beach houses in North Carolina, is about how spending time with our families can cause us to re-examine our relationships with our partners. Sedaris knows that his siblings are sometimes put off by Hugh: Each of them, at some point, has asked Sedaris, “What is his problem?” Hugh, the guardian of manners and tradition among the wild-eyed and heathen Sedarii, is not afraid to snap or dole out punishment when one of them wears a down coat to the dinner table, or calls his chairs rickety, or feeds candy to ants. (Sedaris, the candyman, writes, “Gretchen patted my hand. ‘Don’t listen to Hugh. He doesn’t know [expletive] about being an ant.’”) But by essay’s end we find Hugh, after one of his and Sedaris’s houses is all but destroyed by Hurricane Florence, holed up in the bedroom, sobbing, his face in his hands, his shoulders quaking. We learn that three of the houses Hugh grew up in had also been destroyed. In such moments, Sedaris’s family has no jurisdiction: “They see me getting scolded from time to time, getting locked out of my own house, but where are they in the darkening rooms when a close friend dies or rebels storm the embassy? When the wind picks up and the floodwaters rise? When you realize you’d give anything to make that other person stop hurting, if only so he can tear your head off again?”

“Happy-Go-Lucky” has fewer of these beautifully crafted jewel boxes than “Calypso” did. However, in addition to being consistently funny, it contains some festive Sedaris occasions for all those who celebrate. We get a seeming resolution to Sedaris and his father’s lifelong grudge match when Lou tells David, “You won.” We get vivid moments featuring Lou’s will and Tiffany’s accusations of sexual abuse; Sedaris confesses to offering to pay for a 24-year-old store clerk to have his teeth fixed, and to long ago initiating a bizarre intergenerational family moment while wearing underpants that he’d cut the back out of. We also get the only truly offensive thing, to my knowledge, that Sedaris has ever written: “I cannot bear watching my sisters get old. It just seems cruel. They were all such beauties.”

Some of the pieces in “Happy-Go-Lucky” seem transitional, as if Sedaris, having already secured his place as a chronicler of dysfunctional families and oddball enthusiasms, is casting his net wider by taking on societal issues. This is a promising direction, but I missed Sedaris’s personal connection to the topics of guns and school shootings in an essay about those topics. Similarly, his essentially gothic bent, when applied to an ongoing crisis like the Covid-19 pandemic, can yield statements that whiff faintly of cabbage. (“The terrible shame about the pandemic in the United States is that more than 800,000 people have died to date, and I didn’t get to choose a one of them.”)

But when you’re dealing with a talent as outsize as Sedaris’s, even the missteps are fairly negligible — much like the author’s unusual ideas about how to cover the lower part of the body. I refer not to his artisanal underpants of yore, but rather to his penchant for wearing in public the benighted garment known as culottes. Let’s be honest here: This could be so much worse. It could be jeggings. It could be a merkin. Rather, the lasting impression of “Happy-Go-Lucky” is similar to that of Sedaris’s other books: It’s a neat trick that one writer’s preoccupation with the odd and the inappropriate can have such widespread appeal. As Sedaris once replied to a store employee who’d asked him if he was looking for anything special when gift shopping, “Grotesque is a plus.”

Henry Alford is the author of six books, including, most recently, “And Then We Danced.”