Bill McKibben’s ‘The Flag, the Cross and the Station Wagon’ Review – The New York Times 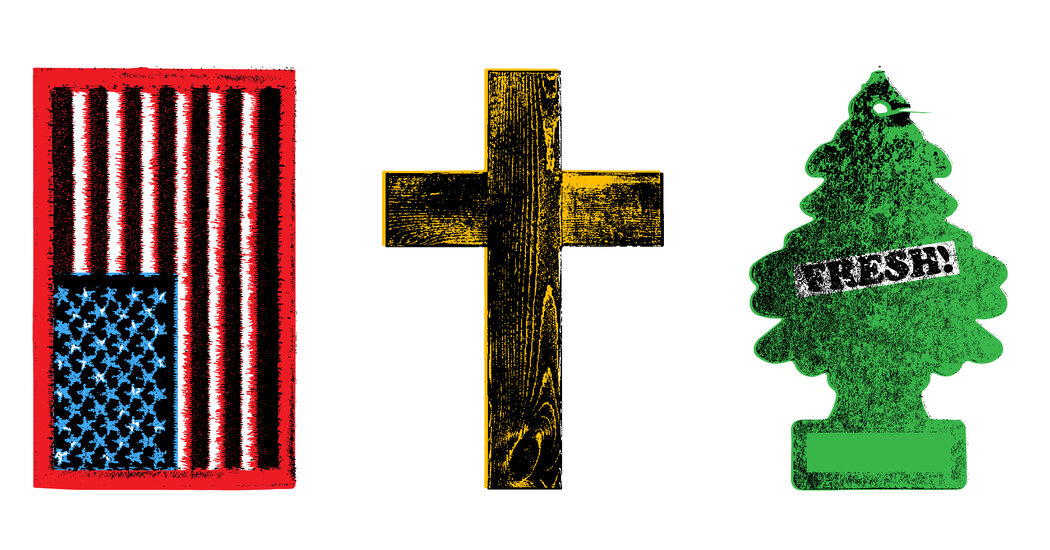 THE FLAG, THE CROSS, AND THE STATION WAGON
A Graying American Looks Back at His Suburban Boyhood and Wonders What the Hell Happened
By Bill McKibben

In his writings, his many speeches and bullhorn exhortations, Bill McKibben comes across as one of the least cynical people on the battlefield of public opinion. He’s passionate about solving problems others have given up on, about building a better world and particularly about climate change, the issue that has made him the Paul Revere of alarm about our fevered planet.

Growing up, he actually sang “Kumbaya” around a campfire — “always earnestly,” he says. He won the Gandhi Peace Award and the Thomas Merton Award. One day, perhaps, he’ll win the real Nobel to go with the so-called alternative Nobel, which he’s already been awarded, the Right Livelihood Award. As is sometimes said about effective environmentalists, he’ll make a great ancestor.

His latest book is a slim cri de coeur about the rot at the base of his biographical foundations. McKibben finds his country, his religion and the suburban lifestyle of his youth to be so flawed that he’s ready to divorce much of his past.

“I’m curious about what went so suddenly sour with American patriotism, American faith and American prosperity — the flag, the cross and the station wagon,” he writes. “I’m curious if any of that trinity can, or should, be reclaimed in the fight for a fairer future.”

He doesn’t stay curious for long. This memoir reads like an extended argument against the idea — oft cited by Martin Luther King Jr. and Barack Obama, among others — that the arc of the moral universe is long but it bends toward justice. He says at one point, in reference to how that phrase applies to the evolution of religion, that “it’s just as easy to make the opposite argument from history: that Christianity is a baleful force, baptizing oppression and sanctifying the unspeakable.”

McKibben knows better than most that narrative shapes policy and that mass movements rarely succeed without a story to embrace. Anyone not in McKibben’s camp seems unlikely to join if the takeaway message is: Your country, your religion and your neighborhood all suck.

He comes by his conclusions after dutiful re-examination of an idealized, middle-class American boyhood. He was raised in Lexington, Mass., about a dozen miles from Boston but a world away from the churn of the big city. The cradle of the American Revolution, young McKibben’s habitat was steeped in history. While still in high school, he donned a tricorn hat and guided tourists around the landmarks in the town where colonists revolted against the world’s mightiest empire, in the first engagement of the War of Independence.

America’s birthing was a glorious story, “clean and brave” — noble men rebelling against an “unjust and arbitrary power” in the name of freedom and equality and self-determination. In 1976, his scout troop raised the flag over Lexington Green at the start of the Bicentennial celebration. As he says, “I came by my patriotism honestly.”

But much later in life this story takes on a different meaning to McKibben. He laments that some of the New England revolutionaries were slaveholders. There was a place name not far from his old neighborhood where a rebellious enslaved man was hanged and tarred, his body displayed in an iron cage as a warning. McKibben is greatly influenced, as well, by Nikole Hannah-Jones’s 1619 Project, which seeks to reframe American history by putting slavery at the center of the narrative. McKibben does note that many historians took issue with Hannah-Jones’s original contention that one of the main reasons the colonists went to war was to protect slavery. (The phrasing was later changed to “some of the colonists.”)

No matter. McKibben has shed his long-held view of America’s founding. “Because let’s be real: Right now all that talk about equality, and farmers standing up to kings, and so on — the talk that was so appealing to me when I was a guide, and which still stirs me when I read it — is hard to take seriously in a country that has turned out as unequal as the one in which we live.”

Of course, you could argue that flawed people still produce lasting change for the betterment of humanity, a pattern for much of history. Behind the stirring words of many a brave and enlightened soul is someone doing something dastardly. What matters is the longevity of the ideas.

For McKibben, one revisionist view led to another. “Once the thread tugging begins, of course, it continues; that is its nature, and before long your warm and cozy sweater is full of raveling holes.”

Another hole is religion. He goes over well-trod ground on the collapse of mainstream Christianity’s role in American life, one of the greatest cultural changes of the modern era. Again, it’s slavery — or the role that some early American Protestant leaders played in keeping America’s original sin alive — that deeply troubles him. Also, while faith leaders joined Dr. King in the civil rights movement, many could not persuade their congregations in places like Lexington to allow more affordable housing in town. McKibben is particularly scornful of the evangelicals who took up the cause of Donald Trump’s Big Lie about a stolen election. As he notes, among the rioters who invaded the Capitol on Jan. 6 were people chanting, “Christ is king.”

Christianity, says McKibben, who was raised a mainline Protestant, “works better as a counterculture.”

The third pillar to fall in McKibben’s trilogy of failure is the suburb. The $30,000 homes of his Lexington childhood are worth more than $1 million today — and in many cases, they’ve been replaced by McMansions, he says. The rich, e.g. homeowners, have only gotten richer by virtue of passing the time. The single-family home is an energy glutton, built around the car, and thus a huge contributor to the melting polar icecaps. The people who live in these houses, while voting for liberal Democrats, have consistently resisted attempts to make Lexington a more dense, built-up place. This “structural racism,” as McKibben calls it, only adds to inequality. McKibben’s solution is to build more apartments.

But Lexington is more complicated than that. While African Americans make up only 1.3 percent of the population, the city has a higher concentration of Asians than nearly any other city in Massachusetts: 30 percent, which McKibben doesn’t mention. Is this structural racism, or the free market, or both, or neither?

Throughout the book, McKibben seems defensive in his national and personal teardown. He mentions several times that his largely privileged life was built on the suffering of others. “That’s not wokeness,” he says. “That’s history.” You could argue that it’s a bit of both.

In the end, McKibben urges fellow graying boomers to make up for their sins. Seniors vote in higher percentages than those in other age brackets. And even if most gave their vote to Trump — twice! — they can use their outsize power for positive change. They can actively work to change zoning laws, allowing higher-density development into the suburbs. They can re-examine their history, as he has done, as fuel for righteous reform.

His solutions, though no less sincerely offered than his mea culpas, seem like quick add-ons. I suspect what McKibben really wants, given the awe he still has for the power of the American Revolution, is another shot heard around the world. If the past that he laments is future, that won’t happen for some time.