Beth Macy By the Book Interview – The New York Times 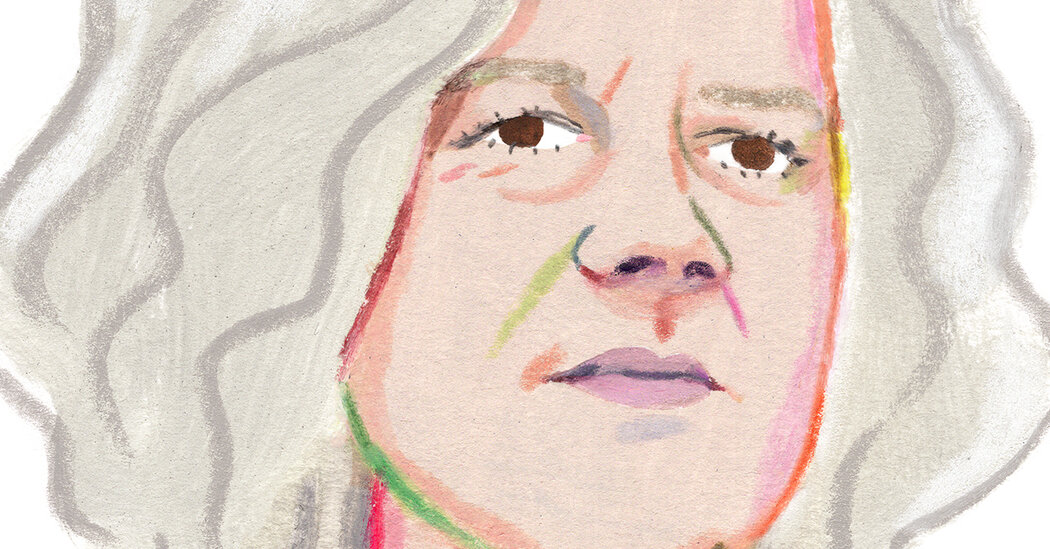 I just finished Geraldine Brooks’s “Horse” — set in contemporary times as well as the antebellum era and during the Civil War, but every story line is so pertinent to the issues of the day. On deck I have a galley of Rachel Louise Snyder’s forthcoming memoir, “Women We Buried, Women We Burned, ” which promises to be as poignant, propulsive and important as her previous book, “No Visible Bruises. ”

Abraham Verghese’s “Cutting for Stone” kept me up reading until 5 a. m., and I’m always looking for another sweeping story that hooks me as thoroughly as that one. Maggie O’Farrell’s “Hamnet” came close.

In warm weather, on our deck overlooking a riffling creek in the nearby Appalachian Mountains, the bird feeders busy and the cushy chaise longue placed just so. A hot bathtub when it’s cold. I drive a lot for my reporting, and I love listening to a novel on the road. If it’s a really great book, I make it a twofer and buy the physical book, too, so I can keep reading through it when I arrive.

Anna Quindlen and my fellow Virginian Lee Smith rightly take up the biggest portion of my shelves. I’ve gotten to know them as well, and it is a huge treat when your literary heroes turn out to be equally excellent people.

The journalists whose reporting and storytelling acumen I most admire are Patrick Radden Keefe, Sarah Stillman and Evan Osnos at The New Yorker; Jennifer Senior at The Atlantic; Ian Shapira at The Washington Post; and the lesser-known (but no less great) Lane DeGregory of The Tampa Bay Times, who once walked deep into the Gulf of Mexico in her dress so she could accurately report the dialogue of a young couple she was profiling. They’d ditched their lives in the cold Upper Midwest to move to Florida and were spontaneously taking the first beach swim of their lives — talk about immersion journalism!

I mostly read fiction when I’m writing nonfiction — the opposite of what I’m working on, for a breather of sorts — like the cop and P. I. travails of Dennis Lehane plus Tana French, or the more intimate fiction of Elizabeth Strout, Emma Donoghue and Ann Patchett. For sheer sentence inspiration, I like to pick up Laura Hillenbrand’s books whenever I’m deep into a project just to voice her pitch-perfect cadence; Kiese Laymon’s “Heavy” also just rolls off the tongue. When I’m revising, I pick through my favorite how-to books, especially Stephen King’s “On Writing, ” which I’ve dog-eared plus marginalia’ed to tatters, and am always see something new when I reread John McPhee’s “Structure” essay.

Which subjects would you wish more authors would write about?

People in rural America; people who haven’t had everything handed to them.

Authenticity, honesty, intimacy. As I weigh my own journalism ethics, I think constantly of Bryan Stevenson’s grandmother telling him, as quoted in the introduction associated with his memoir, “Just Mercy”: “You can’t understand most of the important things from a distance, Bryan. You have to get close. ”

“I keep the friends’ books on our dining room shelves so I can pull them out and brag about them to other friends at dinner. ”

I keep my friends’ books on my dining room shelves so I can pull them out and brag about them to other friends at dinner. In my home office — my grown kid’s former bedroom — I organize all the nonfiction books I read for research by category: economics/globalization, race and history, addiction. The novels get spread out over the other rooms in our house; not just on shelves but I also stack them underneath the lamps for optimal lighting.

At my first daily newspaper job in Savannah, Ga., I sometimes wrote food features, and someone gave me Laurie Colwin’s “Home Cooking: A Writer in the Kitchen. ” We loved that Colwin wasn’t a snob — she shopped yard sales for her cooking — and she schooled you on cooking without making you feel dumb. Her tomato pie recipe is still a revelatory go-to.

What kind of reader were you as a child? Which childhood books plus authors stick with you most?

Food has always been the Macy family’s love language. “James and the Giant Peach” made me drool, and the escapades of “Homer Price” — also a native Ohioan — had me at the first doughnut. Louise Fitzhugh’s “Harriet the Spy” was the first nonfood book I nonetheless devoured. I used to hide out inside a giant grove of lilacs down the street and take notes on passers-by à la Harriet. My husband and I drove by the old house recently, and I couldn’t believe how tiny the “grove” looked — a couple of bushes, barely four feet wide.

My parents never bought books, but they were huge library patrons — my late mother refused to even buy my books because why buy them when you can get them free at the library? (I gave her copies, of course. ) “Tom Sawyer, ” “Charlotte’s Web, ” “The Catcher in the Rye” were all formative books — contrarian stories are delicious.

Pretty sure they’ve only improved. My senior year of high school, I found Norman Vincent Peale’s “The Power of Positive Thinking” in my hometown library. I am not religious, but I actually seriously needed some positive thinking. That book and a guidance counselor who helped me apply for Pell grants and other need-based financial aid gave me the particular courage to go to college when no one else in my family had gone. It was the scariest thing I’ve ever done. I copied down quotes from Peale’s book on colored construction paper that I taped to my bedroom walls.

My college roommate introduced me to serious journalism by way of her dorm-room subscriptions to Harper’s and The Atlantic. In grad school I studied fiction — which, turns out, is not my gift — but I fell in love with voice masters like Lorrie Moore (“Self-Help”), Carolyn Chute (“The Beans of Egypt, Maine”) and Dorothy Allison (“Bastard Out of Carolina”).

I love novels that take me deep into an important issue as well as a place — books like “Mercy Street, ” by Jennifer Haigh, set largely in a Boston abortion clinic; and Liz Moore’s “Long Bright River, ” about the opioid crisis in Philadelphia’s Kensington. My favorite writers exploring the South, my adopted home, are usually S. A. Cosby, Kiese Laymon, Jesmyn Ward, Robert Gipe, Silas House, Carter Sickels and Tayari Jones.

If you could require the president to read one guide, what would it be?

“Raising Lazarus, ” if I may, because serious policy innovation is needed to turn back our nation’s soaring deaths of despair. While the overdose crisis is a rare nonpartisan issue, the particular toxic politics that undergird it continue to hobble the government’s response. I also think it would help him better understand the rural-urban divide that will threatens not only his re-election but democracy itself.

Lee Smith, Kiese Laymon and my Appalachian sensei, the novelist/illustrator Robert Gipe, who served as a consultant for our “Dopesick” TV series. I’d make Smith’s mother’s recipe for sweet potato ham biscuits (with apple butter), from a homemade cookbook the girl gave me when I interviewed her 30 years ago. If you’d permit me a fourth, I’d add the North Carolinian chef-author Vivian Howard and the food would be next level. Otherwise, Colwin’s tomato pie never disappoints. I never met Colwin, but I’d love to cook for her with my own yard-sale cookware.

Disappointing, overrated, just not good: Exactly what book did you feel as if you were supposed to like, and didn’t? Do you remember the last book you put down without having finishing?

J. D. Vance’s “Hillbilly Elegy” makes me angry every time I think about it. Vance blamed Appalachians’ woes on a crisis of masculinity and lack of thrift, overlookingthe centuries of rapacious behavior on the part of out-of-state coal plus pharma companies, and the bought-off politicians who failed to regulate them, and he took his stereotype-filled false narratives to the bank. So , please, please , if you take one thing away from this interview, read Elizabeth Catte’s “What You Are Getting Wrong About Appalachia” instead, and understand that the You in the girl title is foremost J. D. Vance.

The last book I put down without finishing was Amor Towles’s “The Lincoln Highway” — but leaving it unread was not my intention. My husband, who’s also a Towles fan, took it before I could finish it, then gave it to our traveling musician youngest kid, that devoured it on tour, and who knows where it landed? I have loved Towles from his first book, “Rules of Civility, ” and his latest is destined to become another twofer.