At 10, ‘Dragons Love Tacos’ is Still Flying Off Shelves – The New York Times 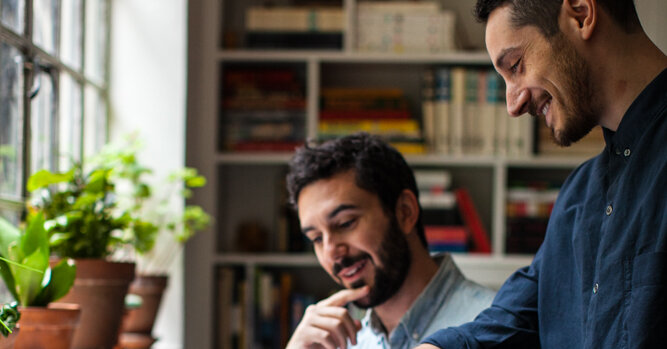 Adam Rubin and Daniel Salmieri teamed up on a picture book about imaginary creatures and hot salsa. It took on a life of its own.

The latest Amazon reviews of “Dragons Love Tacos” are less than stellar. “Seriously, a fire breathing dragon doesn’t like spicy tacos???!!!???” writes one reader — or, more likely, a parent or caregiver of a reader, since we’re talking about a picture book.

“I just don’t get the hype,” writes another critic.

Nevertheless, “Dragons Love Tacos” has close to 15,000 ratings, with an average of 4.8 stars. It celebrates its 10th anniversary this month, having logged a jaw-dropping 357 weeks as a best seller. One can imagine that the negative feedback comes from adults who are tired of repeat requests for “Dragons Love Tacos.” (If you’ve been the master of ceremonies at bedtime, you understand why wedding singers loathe “At Last.”)

So how did Adam Rubin, the author of “Dragons Love Tacos” and Daniel Salmieri, the creator of the book’s detailed illustrations, celebrate the birthday of their juggernaut? They went out for tacos, of course. In a phone interview, Rubin recalled their pilgrimage to Taqueria al Pastor in Brooklyn, where the pair enjoyed a meal with all the toppings plus spicy salsa. “If it reaches a certain threshold of heat, I get the hiccups and that’s how I know I’ve reached my limit,” Rubin said.

Before he wrote “Dragons Love Tacos,” which inspired a sequel, a line of stuffed animals, a seven-foot-tall dragon costume and countless themed birthday parties, Rubin was an advertising copywriter who worked on Happy Meal commercials. “I would work all day and then come home and write at night at my kitchen table,” he said. “When I sent Dan the first draft of ‘Dragons Love Tacos,’ he was the first one to say, ‘This is going to be big.’”

The story was inspired by a little statue in Rubin’s childhood home — one that sat on his father’s desk and appeared to be a dragon eating a taco. “It just always stuck in my mind that, of course, dragons would like tacos,” Rubin explained. “It seems logical in some twisted way. But following that logic, a dragon probably wouldn’t like spicy salsa. Unlike humans who can enjoy spicy salsa with very few repercussions, a dragon will erupt in flames.”

Rubin and Salmieri celebrated the book’s publication with a modest event at Books of Wonder in New York City. Afterward (surprise!) they went out for tacos. Rubin sounded pleasantly dumbfounded by what happened next, including best-sellerdom, merchandise and invitations to attend birthday parties hosted by strangers. “It was word of mouth,” he said. “It was independent booksellers. It was enthusiastic parents that said to their friends, ‘Your kid likes tacos? Let me buy you this book.’”