After a Five-Decade Run, a Master Hangs Up His Reins – The New York Times 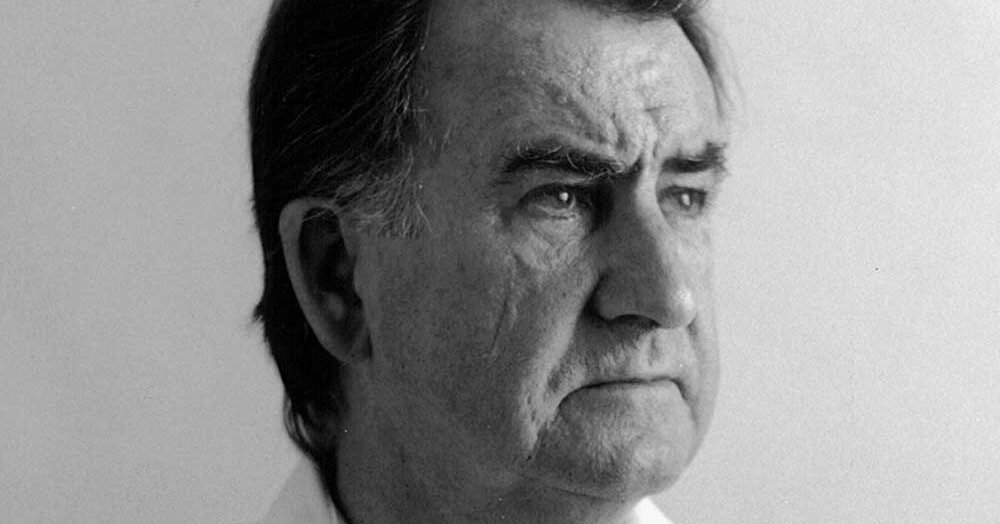 “Please God,” the Australian writer Gerald Murnane wrote to himself in early 2010, “don’t let me get drawn into the writing of any more fiction.” The master had ostensibly retired in semi-obscurity 15 years earlier, in 1995, after his seventh book, “Emerald Blue,” had sold just 600 copies. But an unexpected return with the novel “Barley Patch” (2009) set in motion a flourishing late period — divine pleas be damned — including seven new books, a major award and persistent Nobel rumors.

Now LAST LETTER TO A READER (And Other Stories, 140 pp., paper, $17.95) has arrived, a kind of biblio-memoir in which Murnane revisits each of his published works over a career that has spanned nearly five decades. What emerges bears only the faintest resemblance to literary criticism. Instead, these brief, mesmeric reports describe a kind of spiritual topography every bit as rich and enigmatic as his celebrated fictions.

Murnane, 83, is one of the great prose writers in English. His long, lyrical sentences tease out the features of a scrupulous personal mythology. The relation between the visible world and the one that hides within it furnishes his plotless novels with their oblique drama. (Murnane has been known to quote Paul Éluard’s famous dictum: “There is another world, but it is in this one.”) His literary obsessions — grasslands, horses, an entirely imaginary American Midwest, libraries, animals, colored glass — aspire to the condition of ritual. This is not to imply he is a religious writer. (Murnane entered the seminary at 18 and left three months later.) But his oeuvre is animated by the search for an elusive transcendence. When looking over the endless paddocks of his fictions, one is also looking out at the mysterious landscape of the soul.

He is perhaps best known for his novels and stories of the 1980s and ’90s. His most famous work, “The Plains” (1982), is a strange, sui generis masterpiece. In it a man attempts to make a film about the people of a great interior plain that could be an Australia recalled from a fable or dream. The plainsmen themselves are proud and inscrutable, a race of philosophers who believe that whatever is knowable exists in a kind of metaphysical poverty. All art is bound to fail in the plains precisely because it turns the possible into the actual. Uninterested in the trends and certainties of the metropolitan coasts, the plainsmen maintain “the lifelong task of shaping from uneventful days in a flat landscape the substance of myth.” Murnane, the ur-plainsman, could hardly have stated his own project more succinctly.

Reading his self-appraisals in “Last Letter to a Reader” resembles a kind of overhearing, as when we listen to a figure on a stage reveal some contrary stance or enigmatic conviction. For a book meant to represent “a neat rounding-off” to his career, these are at times almost hermetically private documents. The reader can feel intrusive, as if invading private territory. But to follow Murnane into his own conflicted understanding of composition is a serious pleasure. “I was in my 40s before I learned that a certain sort of author may be able to write a work of fiction the meaning of which he himself cannot explicate,” he writes in his report on “Inland” (1988). Here, then, is the primary draw of the book: to read a writer who has thought deeply about his fiction try to decipher its meaning alongside its mechanics.

Murnane writes with scrupulous lucidity, though there is a chimeric quality to these 15 reports. “I decline to speculate about abstractions such as emotion or reason or memory,” he writes in the section on “Landscape With Landscape” (1985), neatly cauterizing many of the primary sources of fiction. His fastidious tics can be maddening, like the constant taxonomizing of his favorite sentences. (“That single sentence,” he writes in one report, “can be analyzed into 21 separate clauses: a main clause, of course, together with 10 adverbial clauses, five adjectival clauses and five noun clauses.”) Perhaps his most meaningful disclosure is that of the “pattern” — a word that appears several times in the book’s 140 pages — which might be described as Murnane’s ultimate formalist project, one fueled by the powerfully visual component of his writing.

“If my sort of writing is a sort of mapping of mind, then my atlas should depict nothing more stable than images and feelings,” he writes. This may sound like a traditional literary model — after all, what novel doesn’t make use of mental pictures? — but in fact Murnane’s fictions offer an intricate rebuke to the realist project. Whereas the realist novel uses imagery as an expedient way to capture the texture of life, Murnane’s brand of late modernism inverts the formula. The haunting image is often skimmed from a prosaic surface; indeed, its mysterious formation — by way of suburban memory or pastoral fantasy — is usually the very story itself. Writing, then, is indistinguishable from that great inward migration required by image-finding, the revelatory process by which Murnane locates “the detail that winks.” It is a beautiful and persuasive conception of fiction: patterns of meaning, painstakingly visualized but not decoded.

Murnane can be cantankerous and is often something of a pedant. (About his impeccably grammatical sentences, he’s nothing short of a peacock; in “Last Letter” he calls out Thomas Pynchon and Laszlo Krasznahorkai as writers who “do nothing more skillful than the stringing together of loosely linked phrases.”) His impressive inventory of personal eccentricities sometimes feels like a shield — or perhaps a life raft. He’s never worn sunglasses. He has no sense of smell. He has never flown in an airplane. He hates the sea. When speaking of his fictions, he doesn’t refer to characters, but rather “personages.” This studied persona — part Luddite, part aesthete, part schoolmarm — imprints itself as an odd, vigorous and ultimately winning presence in the reading mind.

The book affords an incredible view into Murnane’s “Antipodean Archive,” in which he has for decades kept careful notes on horse racing in fictional countries he calls New Eden and New Arcady. Once embarrassed by his obsession, he now thinks of this invented world — replete with maps, meticulous lists of jockeys and horses, and even a national anthem — as an achievement on par with his novels. “Certainly,” he writes, “the continuous and inevitable expansion of the archive serves to illustrate for me the concept of infinity.” There is a touching anecdote near the end of the book, when he looks over an admired critic’s review of his “memoir of the turf,” “Something for the Pain” (2015), eager to see what the man thought of a chapter he devotes to the racing in his imagined countries. But the critic doesn’t mention it: “He may simply not have known what to say.”

One treads carefully when speaking of Murnane’s “final book.” (He has, after all, already written at least three of them.) Having finished this one, he was moved to compose a song in Magyar, a language he learned in his 50s: “Save me, Angel-of-mine; my frail body is afraid; a painful death is coming fast. I know what awaits me afterwards: true knowledge, endless plains and eternal magic.” The same will be found in his astounding fictions for as long as there are people to read them.