Abortion Politics, Money and the Reshaping of the G.O.P. – The New York Times 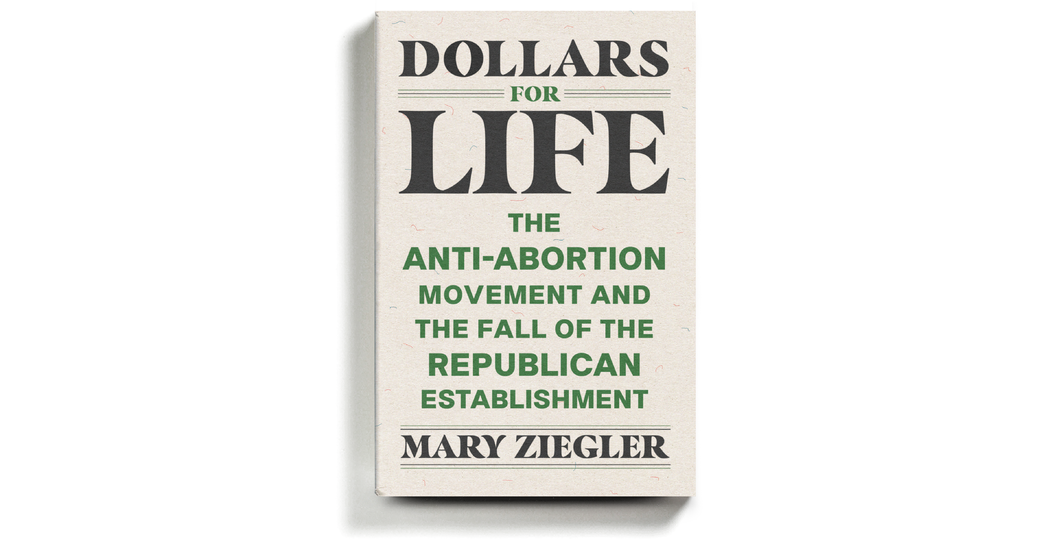 In “Dollars for Life,” Mary Ziegler argues that, over the course of decades, the anti-abortion movement laid the groundwork for an insurgent candidate like Donald Trump.

DOLLARS FOR LIFE
The Anti-Abortion Movement and the Fall of the Republican Establishment
By Mary Ziegler
318 pages. Yale University Press. $35.

The upheavals of the last few years have been so relentless that it can be hard to recall just how weird the partnership was: Donald J. Trump and social conservatives, an odd couple for the ages. As the legal historian Mary Ziegler writes in “Dollars for Life,” the start of the 2016 election cycle had evangelicals extremely worried. Hillary Clinton — whose possible presidency they deemed “catastrophic” — was running on what Ziegler calls “arguably the most pro-choice platform in history.” Could a “foul-mouthed real estate mogul” really turn out to be “the savior they were looking for”?

Sort of, says Ziegler, the author of several books about the history of abortion in the United States, though her argument in “Dollars for Life” mostly runs the other way — that, over the course of decades, the anti-abortion movement laid the groundwork for an insurgent candidate like Trump.

Much of this was accomplished through the loosening of campaign finance restrictions, or changing how money worked in American political campaigns. While progressives have long argued that allowing more money to flow into politics empowers plutocrats to ignore the will of the people, Ziegler shows that its effects have been more “ambiguous” than that. Yes, she says, billionaires like Charles and David Koch worked assiduously to deregulate campaign finance, but big industry wasn’t the only beneficiary; some members of the anti-abortion movement recognized early on that deregulation could help populist outsiders like them “shatter the traditional G.O.P. hierarchy.” Money moves in mysterious ways.

That “traditional G.O.P. hierarchy” wasn’t always committed to the anti-abortion cause. Republicans of the late 1960s, Ziegler points out, were in fact more likely to favor repealing criminal abortion laws than Democrats were. “Abortion itself was merely one issue — and to the establishment, far from the most important — in a broad right-wing agenda.”

Even when Republican politicians tried to placate the restive anti-abortion wing of their party, they could count on campaign finance restrictions that favored the party machines, which in turn could crush any upstart competition. A Georgia delegate at the 1988 Republican National Convention described his socially conservative colleagues as “the people who brought you the Spanish Inquisition and the Salem witch trial.”

“Dollars for Life” begins in the years leading up to Roe v. Wade, which the power brokers of the Republican Party tried as much as they could to use to their advantage. On the one hand, the 1973 decision could bring a divided party together. Control of the Supreme Court “motivated conservative voters who agreed on little else,” Ziegler writes. But mainstream Republicans were also scared that Roe would be overturned. Roe, Ziegler says, was their “shield.” Without it, anti-abortion activists would demand that Republican politicians, inevitably preoccupied with the electoral odds, pursue a more radical agenda than American voters actually wanted. After George H.W. Bush lost in 1992 to Bill Clinton, who put abortion rights at the forefront of his platform, Republican leaders “seemed to want the issue to go away.”

But people like James Bopp Jr. weren’t about to let that happen. A central figure in Ziegler’s book, Bopp was 24 when Roe was decided, and has been a determined anti-abortion Republican ever since. He drew a direct connection between money and speech, noticing that even Republican control of the White House didn’t translate into the kind of anti-abortion regime that he wanted to see.

“He believed that limits on spending privileged big government at the expense of liberty, protected incumbents from grassroots movements and made it hard for advocacy organizations to function,” Ziegler writes. More money, more influence. If establishment Republicans were getting skittish about abortion as an issue, thinking it was electorally safer to tack toward the center, Bopp decided that an influx of money raised by the anti-abortion movement would convince them otherwise.

You get the sense that Ziegler could recite this history backward and forward, comfortably parsing the arcane differences between 501(c)(4) and 501(c)(3) nonprofit corporations. She takes bits of levity where she can find them — a hapless Republican populist done in by a pancake-flipping contest; an anti-abortion activist who thinks that she “could help end abortion in America” by making an autobiographical rom-com — but “Dollars for Life” is an inevitably sober book.

Even if social conservatives like Bopp were initially turned off by Trump’s antics, they soon realized that his weakness in the Republican Party might work in their favor. Isolated and unpopular, Trump was dependent on the anti-abortion movement’s support — and ever attuned to his own self-preservation, he comported himself accordingly. “He went beyond what would ordinarily be expected of a pro-life president,” Ziegler writes.

Ziegler acknowledges a number of forces that contributed to Trump’s ascent — negative partisanship, for instance, and the proliferation of conservative media. But money, she points out, has played “a key role in this new politics,” with outside groups amassing formidable war chests to fund candidates who could be counted on to promote such groups’ interests rather than capitulate to the moderating pressures of the Republican machine. “The rise of Trump and candidates like him,” she asserts, “is the story of the Republican establishment’s demise.”

What looks like the imminent overturning of Roe has been decades in the making. And if the anti-abortion movement does get its way, a post-Roe world won’t mean that the issue is simply turned back to the states. Ziegler shows that the movement turned to incrementalism strategically — settling for pragmatic stopgaps only in pursuit of a much broader goal. “Anything short of a nationwide abortion ban will not satisfy them,” she writes. “Dollars for Life” recounts how the religious right learned a useful, if profane, lesson: You get what you pay for.