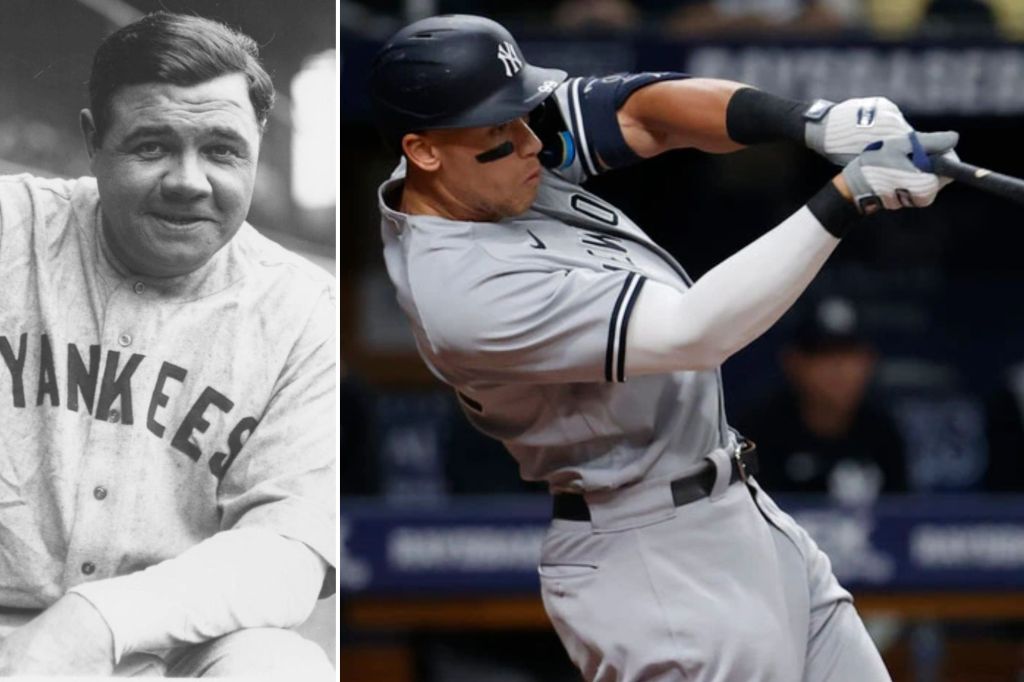 Aaron Judge wasn’t about to leave any more fly balls on the warning track.

One night after he came off the bench and fell just short of hitting a game-tying ninth-inning home run on the first pitch he saw, Judge left nothing uncertain Wednesday with the two balls he deposited into the seats to up to his MLB-leading total to 27 homers and power the Yankees to a 5-4 road victory against the Rays.

It was the 22nd multi-home run game of Judge’s career and marked the third straight time that he has homered twice in his first game after a day off. The value of rest is showing up, but the Yankees aren’t about to start giving the American League MVP front-runner extra days off.

“I don’t get it,” Judge laughed. “I think the biggest thing is keeping the body fresh. When I’m able to swing at pitches in the zone, I feel like I can do some damage on them. I’ve got no answers for you on the two after an off day.”

Judge joined Babe Ruth (1928) as the only Yankees with six multi-home run games in the first 70 of a season.

Judge started the comeback from a 3-0 deficit with a home run off a flat slider leading off the fourth, but he actually failed in a bigger spot one inning later. Stunning as it was given the season Judge is having and the pressure on Rays starter Shane Baz after loading the bases with one out to generate action in the bullpen, Judge chased a 3-2 curveball in the dirt and struck out. The Yankees failed to score and trailed 4-1.

Judge led off the seventh by turning on a hanging inside curveball from Colin Poche to draw the Yankees to within 4-3. The moonshot cleared the in-play catwalk atop Tropicana Field — or did it ricochet over the fence, as Trevino suspected? — and left awestruck teammates’ mouths hanging open in the dugout.

“I’m still figuring out what happened,” manager Aaron Boone said. “I was expecting it to land in the catwalk and then I lost it. It was good to see him clip another one.”

Judge’s two home runs traveled 396 and 406 feet, respectively, and the second jumped off the bat at 109 miles per hour. So much for that “warning-track power” he showed in his only at-bat Tuesday — also against Poche — when the Yankees lost 5-4.

“I saw it the whole way through,” Judge said of his second homer. “But I don’t know the catwalk rules, so I kind of started running around the bases. I didn’t know if it would hit one of those and drop back in what would happen. I was just trying to make sure I was on second base if it fell in play.”

Judge’s bid for a three-hit night in the eighth was stolen by shortstop Tyler Walls’ full-extension dive and throw from his knees to turn a single into a fielder’s choice.

The power display should be a fitting message to send to the arbiters who will decide on Judge’s 2022 salary during a hearing Friday, when the Yankees’ offer of $17 million is pitted against Judge’s asking price of $21 million.

Except the problem for the slugging center fielder is nothing that has happened this season can be factored into the decision, as the panel will be like a jury in a high-profile case asked to (somewhat naively) to stay ignorant to everyday headlines.