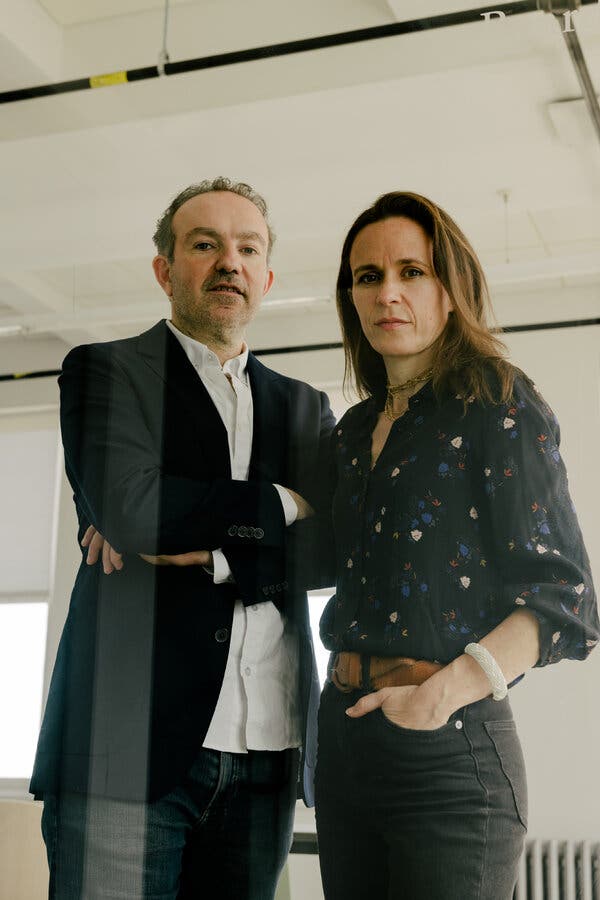 By some measures, the book business is doing better than ever.

But all is not as rosy as it seems. As book buyers have migrated online, it has gotten harder to sell books by new or lesser known authors. With the exception of surprise runaway best-sellers (“Where the Crawdads Sing,” for example) and books by celebrities or brand name authors (Matthew McConaughey, James Patterson), most writers fail to find much of an audience. Of the 3.2 million titles that BookScan tracked in 2021, fewer than one percent of them sold more than 5,000 copies.

The gap points to what is perhaps the most intractable problem in publishing: How to reproduce online the serendipity of walking into a bookstore and discovering new books and authors. Several companies have attempted to tackle the issue, with mixed results. Now, a new app, Tertulia, launched this week, is trying a different approach, by measuring and distilling the online chatter about books to point readers to the ones that are driving discussions.

When bookstores were the main purveyors of books, an interesting cover, a prominent display in Barnes & Noble or a passionate endorsement from an independent bookseller could nudge a reader to pick up something new. But online, the old methods for creating buzz and driving sales no longer work. On the internet, industry experts say, it is easy for readers to click on something they know they want, but they are less likely to encounter something unfamiliar.

“Everyone knows you can sell books online,” said John Ingram, the chairman of the Ingram Content Group, the largest book distributor and wholesaler in the United States. “The question is, how do you get content in front of people who might be interested in it?”

Several companies have tried. Two years ago, Ingram launched a discovery website, Bookfinity, which offers users customized recommendations after giving them a survey and assigning them a “reader type,” including beach reader, cool mom/dad and spiritual seeker.

Others include Booqsi, a platform that bills itself as a “community-focused, Amazon-free alternative to Goodreads,” and Copper, a new author-centric book discovery app that is designed to connect readers with writers. (So far, around 500 authors have signed up.) Another company, Open Road Integrated Media, markets e-books of older titles. David Steinberger, its chief executive, said that in aggregate, it doubles the sales of its clients’ titles.

“There’s an endless appetite among the tech people and publishing industry people to find the Holy Grail of book discovery, but I don’t think anyone has found a tool or an algorithm or an AI platform that does the job for you,” said Peter Hildick-Smith, president of the Codex Group, which analyzes the book industry.

The latest arrival in this increasingly crowded niche is Tertulia, a sleek new app that takes a novel approach to online discovery.

Using a mix of artificial intelligence and human curation, Tertulia aggregates book discussions and recommendations from across the web, drawing from social media posts, book reviews, podcasts and news articles to generate reading recommendations that are tailored to individuals’ tastes and interests.

To get personalized recommendations, users answer questions about which genres they like and what types of people they want to hear about books from (options include space explorers, poets, chefs, historians, entertainers and book critics). Users can also sign in with their Twitter accounts, which allows the app’s algorithms to sift through their feeds to pull out book recommendations from people they follow.

Each day, Tertulia generates a personalized list of five books. Elsewhere on the app, users can browse lists of notable titles in different genres, which are ranked according to buzz, rather than sales. Currently, Tertulia’s “most talked about” lists feature a mix of older and newer titles — on the fiction list, Toni Morrison’s “Sula” and Octavia E. Butler’s “Parable of the Sower” appear along with recently released novels by Jennifer Egan and Emily St. John Mandel.

By harnessing online conversations about books and refining them into digestible lists, Tertulia’s founders hope to replicate the “word-of-mouth” recommendations that once drove sales in brick-and-mortar stores. The name Tertulia, which means gathering in Spanish, refers to the tradition of informal literary salons and artistic gatherings.

“There’s Netflix for movies, there’s Spotify for music,” said Sebastian Cwilich, the chief executive of Tertulia, and the co-founder of Artsy, an online fine arts marketplace. “But there really wasn’t an equivalent discovery experience for books.”

Cwilich — who co-founded the app with Robert Lenne, who specializes in design and digital product development, and Lynda Hammes, former publisher of Foreign Affairs magazine — said the initial idea was to create an app that generated book suggestions based on “vetted voices” of experts, rather than regurgitating what’s on the best seller lists. That idea morphed into a more ambitious one: “What if it was all the world’s book conversations, all the book talk?” he said.

Besides being a recommendation engine, Tertulia functions as a vast online bookstore, with roughly 15 million titles. Ingram, a partner and investor in Tertulia, will fulfill and ship orders placed through the app. For now, only paperbacks and hardcovers are available, but the company plans to start selling e-books and audiobooks in the coming months, Cwilich said.

Some are skeptical that an app will crack the online discovery problem. Readers are already bombarded with recommendations on social media, endless best-of lists, celebrity book clubs, reviews and other prompts. Tertulia and other new companies face substantial hurdles, like convincing people to download the app and take a survey.

“It’s an industry problem,” said Kristen McLean, the executive director of business development at NPD Books. “But are people on the hunt every day, do they wake up saying, ‘I need to find a book discovery tool?’ They do not.”

Still, some publishers, authors and agents who’ve gotten an early look at Tertulia say the app is a promising addition to the online retail landscape, particularly if it becomes a hub for intelligent book recommendations that go beyond the usual one to five star rating system.

“What the app might do is drown out the chaos and lowest common denominator opinions with something that resembles actual discourse about books,” said the essayist and novelist Sloane Crosley, who was among the 40 authors and agents recruited to test drive the app before its launch. “If Tertulia can bring up the average discourse about books, long may they reign.”