A Guide to Joan Didion’s Books – The New York Times 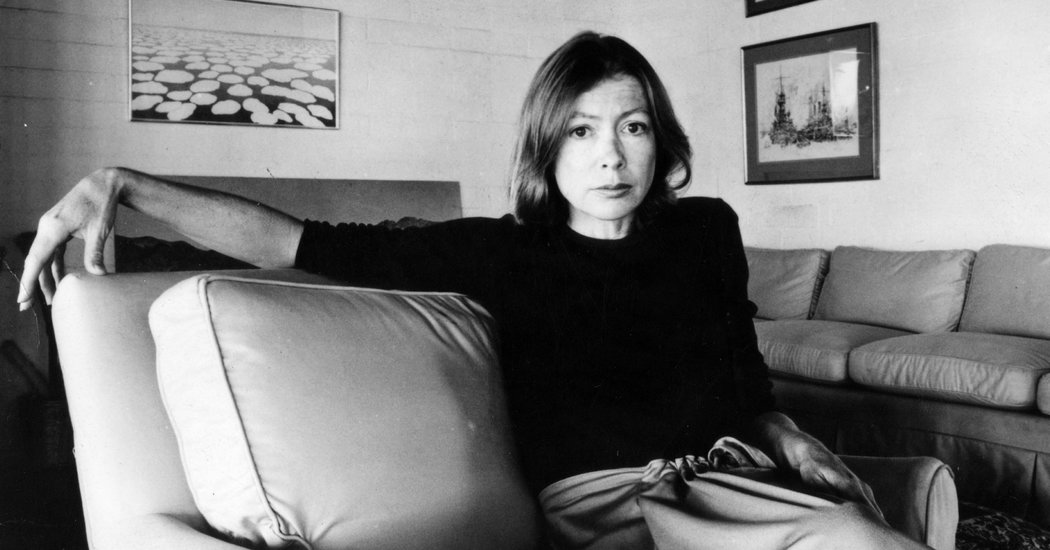 Ms. Didion was a prolific writer of stylish essays, novels, screenplays and memoirs. Here is an overview of some of her works, as reviewed in The Times.

Didion’s “first collection of nonfiction writing, ‘Slouching Towards Bethlehem,’ brings together some of the finest magazine pieces published by anyone in this country in recent years,” wrote our critic, Dan Wakefield.

John Leonard wrote of Didion and this novel, “She writes with a razor, carving her characters out of her perceptions with strokes so swift and economical that each scene ends almost before the reader is aware of it, and yet the characters go on bleeding afterward.”

“Like her narrator, she has been an articulate witness to the most stubborn and intractable truths of our time, a memorable voice, partly eulogistic, partly despairing; always in control.” — Joyce Carol Oates

“All of the essays — even the slightest — manifest not only her intelligence, but an instinct for details that continue to emit pulsations in the reader’s memory and a style that is spare, subtly musical in its phrasing and exact. Add to these her highly vulnerable sense of herself, and the result is a voice like no other in contemporary journalism.” — Robert Towers

“It is difficult to deny that everything she writes grows out of close observation of the social and political landscape of El Salvador. And it is quite impossible to deny the artistic brilliance of her reportage.” — Christopher Lehmann-Haupt

“A new novel by Joan Didion is something of an event. Since her first one, ‘Run River,’ she has gathered a quiet following with her nonfiction pieces that were collected under the title ‘Slouching Towards Bethlehem’ and published to critical enthusiasm in 1968. It was interesting to wonder what sort of fiction Didion’s beautiful writerly skills would now make of her clear-eyed and anguished perception of our time.” — Christopher Lehmann-Haupt

Didion’s “intelligence is as honed as ever; her voice has its familiar ring, and her vision is ice-water clear.” — Hendrik Hertzberg

“But to ‘Political Fictions,’ besides her black conceit, her sonar ear, her radar eye and her ice pick/laser beam/night-scope sniper prose, she brings Tiger Ops assets of temperament.” — John Leonard

“This new book of Didion’s is full of second thoughts: about the Sacramento Valley of her childhood and, finally, the whole history of California.” It is the work of “someone who is even now, arguably, a great American writer.” — Thomas Mallon

“Her manner is deadpan funny, slicing away banality with an air that is ruthless yet meticulous. She uses few adjectives. The unshowy, nearly flat surface of her writing is rippled by patterns of repetition: an understatement that, like Hemingway’s, attains its own kind of drama. Repetition and observation narrate emotion by demonstrating it, so that restraint itself becomes poetic, even operatic.” — Robert Pinsky

“Didion’s heartbreaking new book, ‘Blue Nights,’ is at once a loving portrait of Quintana and a mother’s conflicted effort to grapple with her grief through words: The medium the author has used throughout her life to try to make sense of the senseless. It is a searing inquiry into loss and a melancholy meditation on mortality and time.” — Michiko Kakutani