A Colette for Our Times – The New York Times 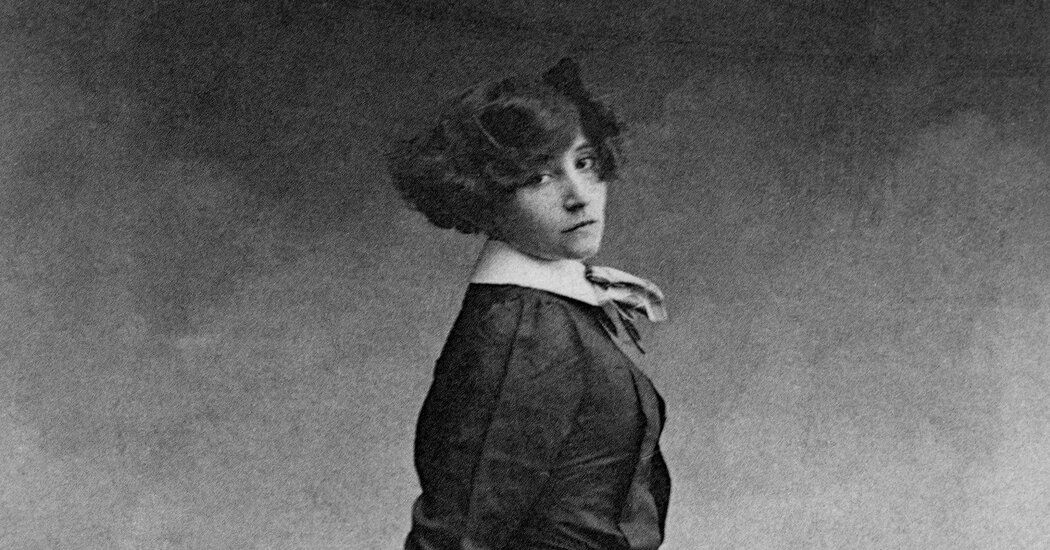 CHERI and THE END OF CHERI

At the time of her death in 1954, Colette had a strong claim to the title of France’s most famous, and beloved, writer. Her state funeral held in the main courtyard of the Palais-Royal, where she’d lived for many years, was the first for a female writer, an honor traditionally reserved for those of the stature of Victor Hugo. (Her friend Marcel Proust had not made the cut.) Colette had been president of the Goncourt and the Belgian Royal Academies and a recipient of the Legion d’Honneur — the highest Francophone literary honors.

The thousands who came to pay their respects were mourning the loss of someone whose life had been as memorable as her vast literary output. Her reputation — frequently described in French as sulfureuse, or nefarious — had evolved radically over her 81 years: The sexually liberated, gender-fluid Colette of the turn-of-the-century Parisian demimonde had turned into an eccentric traditionalist, in love with cats and cooking and the French terroir. “Since childhood, I’ve been on first-name terms with French wine,” she said in an advertisement for Nicolas wine-sellers in 1940, the year she began to write a column in “Paris-Soir” dispensing lifestyle advice to women.

For many of her readers, Colette’s life and fiction were indistinguishable: Her childhood formed the basis for her earliest works, the “Claudine” novels that describe a girl growing up in a Burgundian village before moving to Paris. In the same way, her well-known relationship with a man 30 years her junior — who also happened to be the son of her second husband — was largely assumed to be the basis of one of her most famous novels, “Chéri,” and its sequel, “The End of Chéri.”

Rachel Careau’s meticulous and agile translation of this pair of novels brings to Anglophone readers some of Colette’s finest writing, rich in the sensuality for which she is widely known — but also in the sharpness of her social observations, so ahead of her time that they come across as radical even by contemporary standards. Above all, Careau captures the technicality of Colette’s prose. She manages shifts in mood and characterization as well as the complexity of Colette’s sentences — sometimes terse, sometimes richly metaphoric — and she does so in a way that feels at once faithful to the author’s era and utterly timeless.

“Chéri” opens with a scene of the eponymous young man playing with a pearl necklace in the boudoir of his lover, Léa, a wealthy courtesan 24 years his senior. She and Chéri’s mother, a fellow courtesan, have made considerable amounts of money from shrewd financial investments and live in great luxury. It is into this milieu that Chéri — whose real name is Fred — has been born, a gilded, self-contained and sometimes claustrophobic world that forms the backdrop to both novels. He is the only man consistently present as a fully realized character in the books. Wealthy male benefactors are referred to in conversations here and there: Léa invites a man called the Patron to provide her young lover with physical training; Ernest, her concierge, makes a brief cameo; and a friend of Chéri’s named Desmond opens a music hall. Otherwise, Chéri is in a world dominated by women.

Might this, as well as his complicated relationship with his mother — by turns doting and controlling — explain Chéri’s almost feminine allure, and his narcissism? From the outset, Colette introduces us to a character destined to occupy a nether-space: a man whose desirability lies in his delicacy, who is at once cruel and fragile, adoring and scornful. Our first image of him is, fittingly, the one he sees when admiring himself in a mirror: “A very beautiful, very young man, neither tall nor short, his hair blue-tinged like a blackbird’s feathers.” He is, as Léa puts it, “rebellious, then submissive, uncomfortably enslaved, unable to be free.”

In a strange way, his vanity and youthful volatility make him an almost perfect foil for Léa, secure in her beauty and health, who has reached an equilibrium befitting a woman who has taken control of her life and fashioned it into exactly what she wants. “She was reaching an age where she was due some small pleasures. She loved order, beautiful linens, mature wines, well-thought-out meals.” (Note how Careau captures the lightness and compactness of Colette’s description.) Throughout their relationship, Léa retains an air of slight detachment, notably when Chéri announces his plan to marry 18-year-old Edmée, whose very youth becomes a barrier to Chéri’s achieving real intimacy within the marriage. Talking to Léa, he sums up his relationship with Edmée in a few memorably terse sentences:

“‘She loves me. She admires me. She doesn’t speak.’

Despite her public sang-froid, Léa is unsettled. She leaves Paris abruptly and doesn’t send news for six months. When she returns, we find her every bit as distraught as Chéri has been during her absence, and as obsessed as he is with the loss of their relationship. Léa is caught between the urge to keep him and the realization that their affair has come to an end., Her hesitation in the final scene of “Chéri” sums up the novel’s primary concerns, that of aging and femininity, and the tensions between optimism and reality: “A hope, as senseless as the hope that can strike people mid-descent as they fall from a tower, shimmered between them and disappeared.”

Though published six years later and a fully formed work in its own right, “The End of Chéri” broadens, and is in turn broadened by, the reading of “Chéri.” Our protagonist has returned from the Great War to find Paris changed. The parties and salons are still in full swing, but his hauteur and beauty now seem out of place, superfluous in a city that has become more concerned with the practicalities of life. The women in his world are even more assertive than before, most notably Edmée, who is fully occupied with the running of a hospital, entertaining, managing the household, enjoying friendships with men and making financial investments in conjunction with Chéri’s mother — without ever consulting her husband. Worst of all, they discuss Léa with a familiarity that makes Chéri feel locked out of his own life, and he is tortured by the idea of seeing his former lover again — tortured, too, by memories of the war. His final, terrible meeting with Léa finds them both changed, in ways that are entirely predictable to her, but not him.

Lydia Davis’s preface includes a colorful, concise biography of Colette that considers her vastly differing reputation on the two sides of the Atlantic. Together with Careau’s expansive translator’s note, Davis’s essay reveals the full extent of Colette’s cultural and literary importance, with her rigor and dedication to the craft of writing obscured, perhaps, by the glamorous adaptations of her novel “Gigi.” Speaking of Colette’s writing habits, Maurice Goudeket, her third husband, painted a portrait of a writer who always fought to find the right words: “She worked like a French laborer; like a wrestler — I often compared her to a wrestler.”